French has always been the language of love. Maybe because it’s just the way it sounds or if it relates to the city of Paris, we don’t know for sure. However, what is clear is it is the love language and rom-coms will automatically be better in it. So if you are looking for an adorable, goofy, or cute romantic comedy, wait for the upcoming French rom-com, Anaïs In Love.

A poster of the film has been released as well which is very minimal in nature and soothing to the eyes. The poster includes the film’s credits and Anaïs and Emille can be seen having a good time in the ocean. 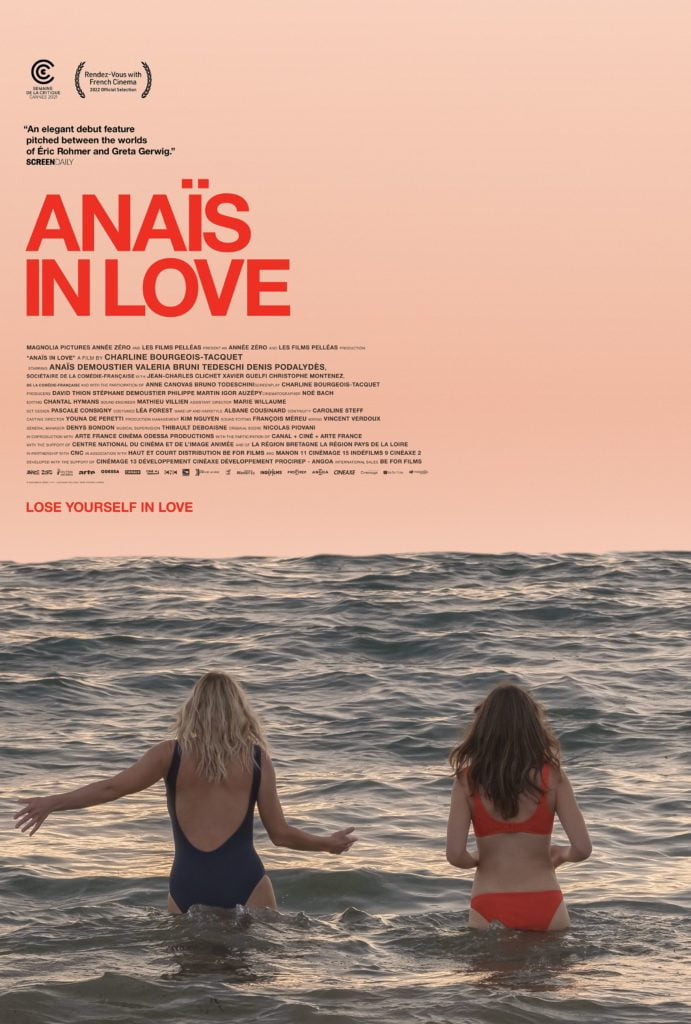 The trailer of the film has surfaced along with more related details. So, have a look at everything we know about Anaïs In Love:

The trailer looks pretty refreshing and promising, with all of its aesthetic and pleasing-to-the-eye shots. It opens with the lead character being late for her date which was followed by an argument with the said guy. Not long after that, she bumps into a man named Daniel in an elevator and there she is introduced to the viewers as Anaïs. From there started the duo’s affair and the story goes further.

The trailer has some impeccable shots and each frame is a composition in itself. For example, the shot where Anaïs runs down the stairs in an orange summer dress. The stone walls of the building and its white door and windows give a perfect backdrop, beautiful yet subtle, giving a chance to Anaïs to pop out with her dress which absolutely contrasts with the building and the green bushes nearby.

Anaïs is a 30-something woman who has an affair with Daniel whom she accidentally bumped into one day. Everything was sailing smoothly till the point Anaïs met Emille, Daniel’s wife who is a famous novelist. It all started with the two of them meeting on a street one day and Anaïs started ‘kind of’ stalking Emille. With each passing moment, feelings started brewing between the two. Now, what’s there to see is what will happen when Anaïs, Emille, and Daniel will come face to face and this triangle of feelings will come to light.

The film has an impeccable ensemble of cast with notable number of credits to their names which includes: