Bling Empire Season 3: Release date, cast, trailer and everything we know so far

Is Bling Empire Season 3 premiering on Netflix this year or not? Continue reading to find out.

Bling Empire is an American reality television series released on Netflix on January 15, 2021. The series focuses on the lives of wealthy, materialistic East and South East Asian and South East Asian-American, mostly Chinese, socialites based in the Angeles area, described as real-life Crazy Rich Asians.

It is the first American reality television series in which the main cast are all East and South East Asians living in the United States. Moreover, the series has a review aggregator on Rotten Tomatoes that reported an approval rating of 90% based on 10 reviews, with an average rating of 6.7/10.

The website’s critics’ consensus reads, “Bling Empire may be another celebration of lavish wealth, but the focus on an Asian American cast gives this reality program an intriguing layer of cultural celebration.” As a result, it is very understandable why these questions have heightened the anticipation and piqued the interest of fans who tuned in to watch the previous seasons.

If you are one of those who want to get clarity about the potential release date, then look no further, as we’ve compiled all of the relevant information on Bling Empire Season 3′s and other crucial details. Continue reading until you reach the end to find all of your answers.

The network officially confirmed that the third season is scheduled to premiere on October 5, 2022. The official Twitter handle of Netflix Golden also confirmed this by sharing the post, quoting, “#BlingEmpire is back for season 3! The drama (and laughter!) picks up right where we last left LA’s fabulous Bling-ers… coming on October 5 to Netflix″ Take a look at the official post below:

#BlingEmpire is back for season 3! The drama (and laughter!) picks up right where we last left LA’s fabulous Bling-ers… coming October 5 to Netflix pic.twitter.com/rXY8DiV45Q

According to Netflix Tudum, “In Bling Empire Season 3, the viewers will finally learn why someone’s ex is crawling back with a bouquet of flowers in hand. Picking up where we last left LA’s fabulous and (mostly) wealthy Asians, the tension is at an all-time high in this friend group — but that won’t stop them from living their best lives. After a failed fling with Kevin Kreider, Kim Lee is off to Vegas in the upcoming season to continue her successful DJ residency. As for the other cast members, Kane Lim books a major fashion campaign, while Christine Chiu takes Kevin to Paris Fashion Week to help him rekindle an old flame.”

They don’t call Paris the “city of love” for nothing. It seems like everyone’s moved on from the drama, but all the unfinished business from last spring means Season 3 will be serving beef as its main course. Get those steak knives out because there might be even more (back) stabbing this October. The jet-setting cast will also travel to other glitzy destinations like Cabo San Lucas, New York City, San Francisco, and Paris but not without past lovers and new feuds sprinkled in.

The main cast members who are expected to return in the new season are as follows:

Christine Chiu: Philanthropist, couture collector, and co-founder of Beverly Hills Plastic Surgery inc. In 2021, she competed in the thirtieth season of Dancing with the Stars. She was paired with Pasha Pashkov. They finished in fourteenth place after being eliminated in week 3

Kevin Taejin Kreider: Male model born in South Korea but was adopted and raised in Philadelphia. He narrates the series for the audience.

Kim Lee: DJ and former model, raised by her Vietnamese mother, but searches for her father in season 1

The other cast members who are in the series are Leah Qin and Mimi Morris, and there’s even a cameo from Selling Sunset star Chrishell Stause.

The upcoming season is speculated to have at least 8 episodes, just like the last two seasons, with a runtime of approximately 28–47 minutes. The exact episode title and synopsis of the season are not released as of September 22, 2022, but will be disclosed once the episodes start to premiere on the streaming platform on the same day.

In the meantime, we suggest viewers watch the last season to recap the events that will transpire in the new season. The episode order of Bling Empire Season 2, released on May 13, 2022, is listed below:

S2E4: No Friend Zone: Unable to find a resolution, Kane airs his issues; Kevin and Kim road-test a budding relationship; Kelly breaks down and grabs some rays.

S2E5: From Glow up to Blowup: Christine looks for Baby G’s new pet and discusses her fears; Kim and Kevin wing it, but Kane shoots down all hope; it’s time for a showdown.

S2E6: Royalty Over Loyalty: A blowup at Kane’s blowout spirals into the store and fuels rumors; actor Lewis Tan reaches out to Jaime.

The official trailer was released on September 21, 2022, with the tagline stating, “Unfinished business and big opportunities stir up tension in the group, but nothing will stop them from living their flashiest and most fabulous lives,” which gives an insight into the plot.

“There’s nothing more fun than fashion, champagne, and shoes,” says Kelly Li Mi in the Bling Empire Season 3 trailer. And that’s exactly what she and her fellow castmates plan to give us this season. Take a look at the official trailer below:

Where to stream Bling Empire Season 3?

When Bling Empire Season 3 draws close to the release date, the series will be available exclusively on Netflix, with all previous episodes also accessible on the streaming platform with a range of membership options. The video quality and quantity of screens you can use to stream Netflix simultaneously depend on the package you choose. You may play mobile games and stream movies and TV shows at no additional cost with any of their services. 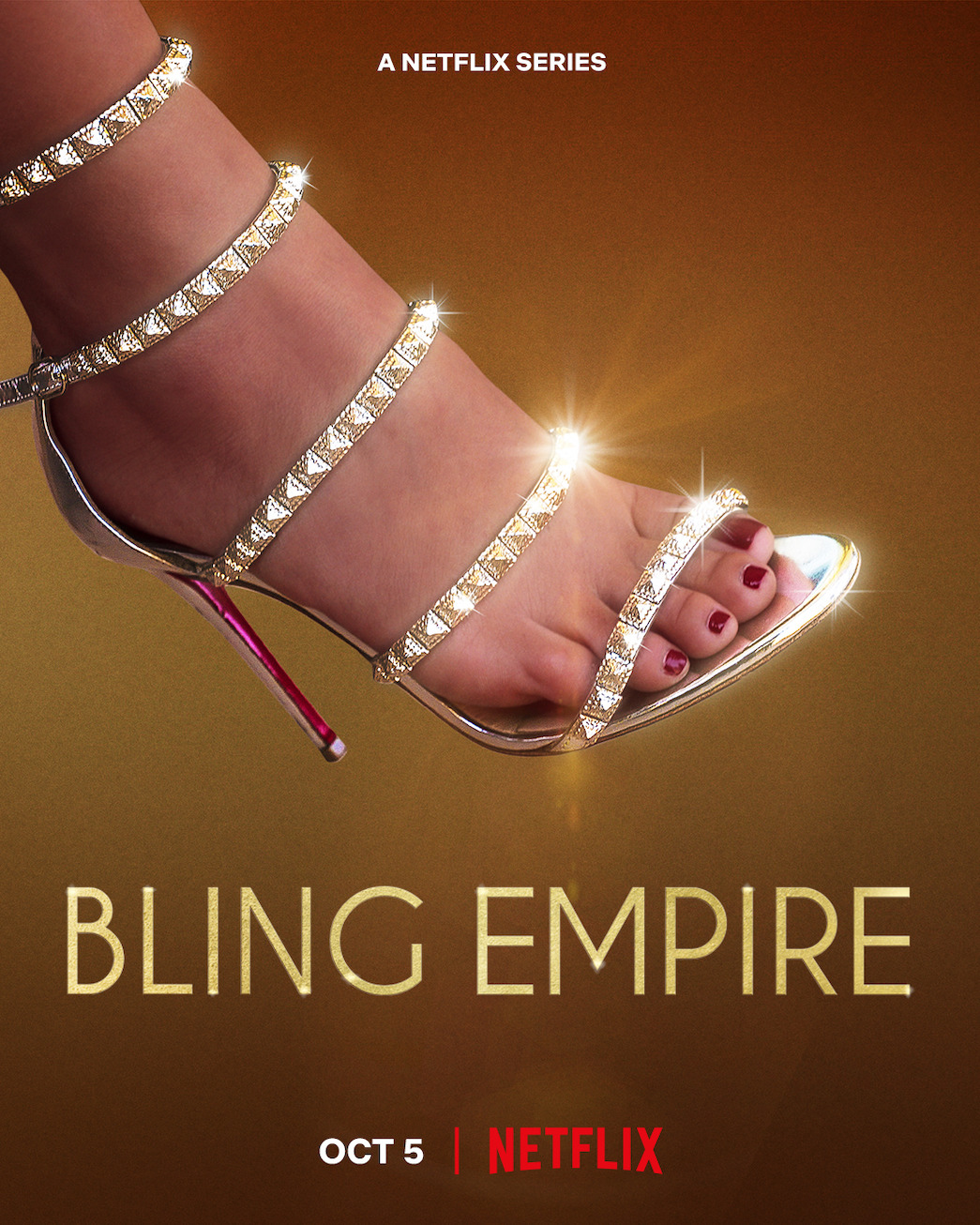 According to Netflix, “Follow LA’s wildly wealthy Asian and Asian American fun seekers as they go all out with fabulous parties, glamour and drama in this reality series.”

Let us know in the comments what you like the most about the trailer of Bling Empire Season 3.