Here is everything we know so far about the release date of Firefly Lane Season 2.

“You don’t get it. You don’t know what it’s like to fail. You succeed at everything you try. “You are so much braver than me,” said Kristin Hannah in the first season. If you recall this quote, then there is a lot to unpack in the coming season of Firefly Lane. All these crucial factors will eventually play a role and will be explored further in the episodes to reach a satisfactory conclusion that the fans deserve to see for the last time.

So especially for you, we’ve compiled a quick rundown of everything you need to know about the latest details, including the official release date, plot, and cast, so you can get excited about the final chapter and be ready before the series airs on the streaming service. Here’s everything we know so far about Firefly Lane Season 2.

The brand new season, which will be the second and final season of Firefly Lane, has officially been confirmed to premiere next month on December 2, 2022. As of October 2022, it was announced that the second season will be its final season and will consist of 16 episodes, split into two parts. The first part of the second season is scheduled to be released on December 2, 2022, and the second part is set to be released in 2023 at 12:00 a.m. (PT) or 3:00 a.m. (ET), at the same premiere time as other shows on the streaming service. In order to receive updates on when Firefly Lane Season 2 premieres on Netflix, interested viewers can also enable notifications.

Moreover, Katherine Heigl, who portrays Tully Hart, also shared the update on her official Twitter handle for the show and confirmed the news by sharing a short clip from the new trailer, quoting, “Tully and Kate are back and it is trailer time! If you watched last season you’ll know we ended on a cliffhanger and I can’t wait for you to find out what happened. If you’ve not seen season 1, get binging on Netflix, you’ve got a month before Season 2 drops! #FireflyLane”. Take a look at the official post below:

Tully and Kate are back and it is trailer time! If you watched last season you'll know we ended on a cliffhanger and I can't wait for you to find out what happened. If you've not seen season 1, get binging on Netflix, you've got a month before Season 2 drops! #FireflyLane pic.twitter.com/PVyRkcltKD

The official description by Netflix states, What could possibly have ended the tight-knit thirty-year friendship of Tully and Kate, our “Firefly Lane Girls Forever”? We’ll learn the answer this season – but first – Kate grapples with the painful aftermath of Johnny’s ill-fated trip to Iraq, while Tully faces a lawsuit after walking away from her talk show and must start her career over from the bottom. This leads her to search for answers about who she is and where she comes from – including a quest to find the father she never met, against the wishes of her secretive hippie mother, Cloud.

In the ’80s, we see Kate and Johnny first fall in love, creating more than a little drama in the newsroom where they work, as Tully’s career rises and she spars (and flirts!) with cocky sportscaster Danny Diaz. She just might have met her match – that is, if they can stop arguing for five minutes. While in the ’70s, teenage Kate and Tully struggle to keep their friendship together as Cloud goes to jail for dealing drugs, and Tully goes to live with her grandmother, far away from Firefly Lane. As the girls face the tumult of high school apart, they know the one thing they really need is each other. 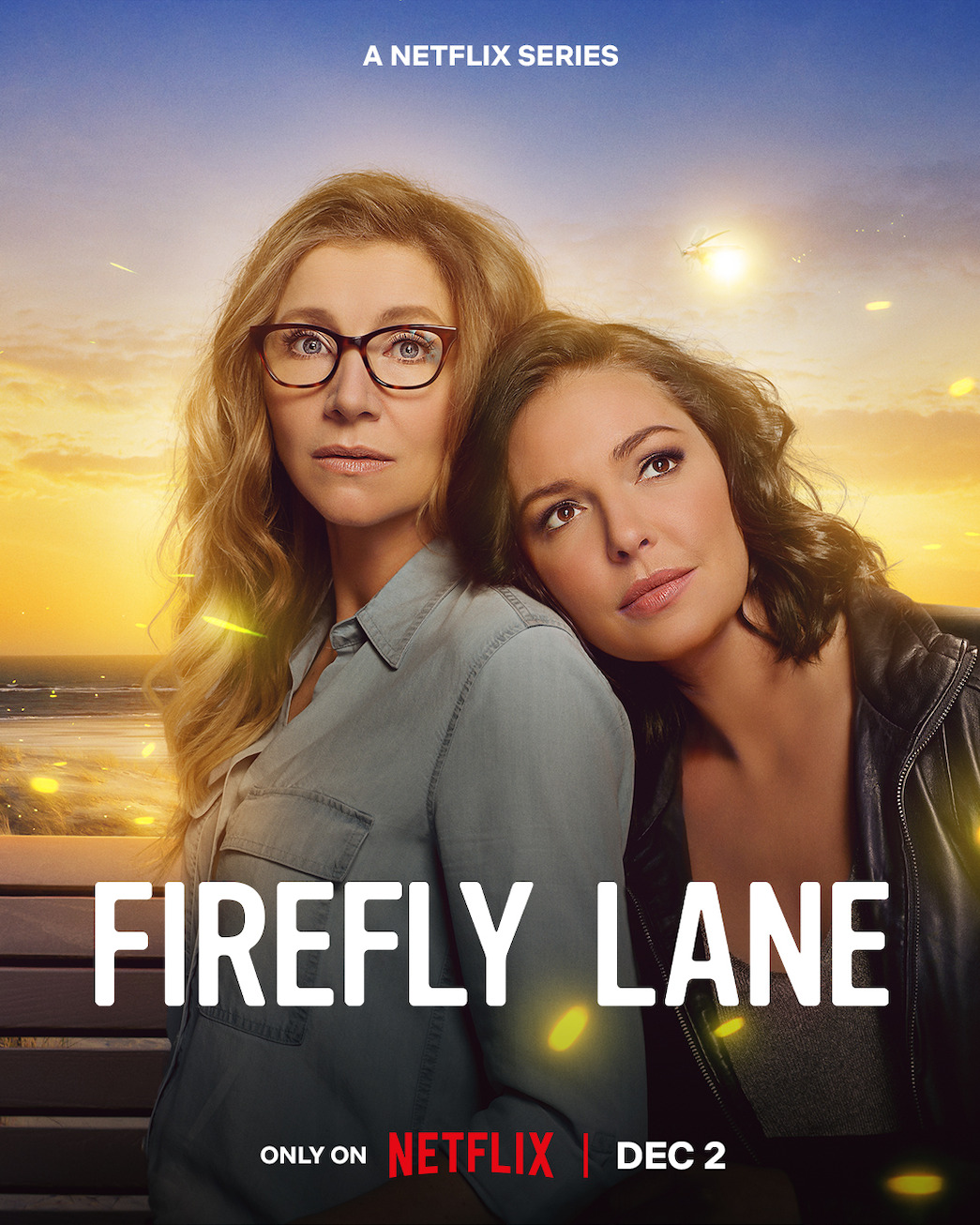 The main cast members of the series who are expected to reprise their roles for the last season are as follows:

As previously stated, the show will return for a 16-episode second season with a runtime of approximately 47 to 53 minutes, similar to its predecessor. On the bright side, IMDb has released the titles of the first eight episodes, which are as follows:

Netflix will confirm the exact titles of the episodes in the coming weeks. As a result, we ask that fans be patient. Furthermore, as previously stated, the first nine episodes will air on December 2, 2022, with the second batch of seven episodes premiering sometime in 2023. It has been divided into two parts, making it a super-sized season.

The official trailer of  2:16 minutes for part 1 was released on Netflix’s youtube channel on November 2, 2022, with a tagline stating, “For Kate and Tully, no obstacle is too big when it comes to their lifelong friendship. But is there one mistake that could tear them apart forever?”

Moreover, the series with the prior season will also be available exclusively on Netflix, with all previous seasons also accessible on the streaming platform with a range of membership options. The video quality and quantity of screens you can use to stream Netflix simultaneously depend on the package you choose. You may play mobile games and stream movies and TV shows at no additional cost with any of their services.

Take a look at the newly released trailer for Firefly Lane Season 2 below.

Rotten Tomatoes reported a 47% approval rating for the series based on 30 critic reviews, with an average rating of 5.53/10. “Firefly Lane has some solid ideas and a winning pair in Katherine Heigl and Sarah Chalke – if only the writing could live up to all that potential,” said the website’s critics. Based on 21 critic reviews, Metacritic gave the series a weighted average score of 57 out of 100, indicating “mixed or average reviews.”

Starring Katherine Heigl and Sarah Chalke and are based on New York Times Bestselling book Firefly Lane by Kristin Hannah.  In the series, when the unlikely duo Tully (Heigl) and Kate (Chalke) meet at age 14, they couldn’t be more different. Tully is the brash and bold girl you can’t ignore, while Kate is the mousy shy girl you never notice.

But when a tragedy brings them together, they are bonded for life – forever inseparable best friends. Together they experience 30 years of ups and downs, triumphs and disappointments, heartbreak and joy, and a love triangle that strains their friendship. One goes on to fabulous wealth and fame, and the other chooses marriage and motherhood, but through the decades, their bond remains – until it faces the ultimate test.

Let us know in the comments if you will be streaming the final season of Firefly Lane or not.