BTS’ Jimin’s self-designed merch has got armies excited; See pics and know where to buy it

BTS fever is high. And so is the craze for buying their merchandise. BTS member Jimin recently released his version of the self-designed merch which consists of a purple coloured hoodie and earrings. According to a recent video released on Weverse, the artist shared a lot of details about the inspiration and the hidden messages behind the merch.

Jimin has time and again expressed his connection to the number 13. The BTS member was born in Busan on the 13th of October, 1995. Therefore it’s natural that the idol has a keen interest in things that have the number 13 in or on them. This is not all. Jimin has also gotten the number tattooed on his arm. In addition to that, BTS had also debuted on June 13, 2013, so the number happens to be very close to him. So incorporating the number on his personally designed hoodie could be his way of expressing gratitude to the members and the fans for staying with him.

The hoodie comes in a bright purple colour which has a very deep meaning to it. Purple is the official colour of BTS’ fandom. The meaning of the colour was once explained by V, another member of the band, in a concert. According to him, the last colour in the rainbow is purple and the colour signifies that they (BTS) will stay with armies till the end. This led to the famous phrase “BORAHAE” meaning “I purple you”  gaining popularity among the fans. So it becomes obvious why Jimin would have chosen purple as a colour for his hoodie. 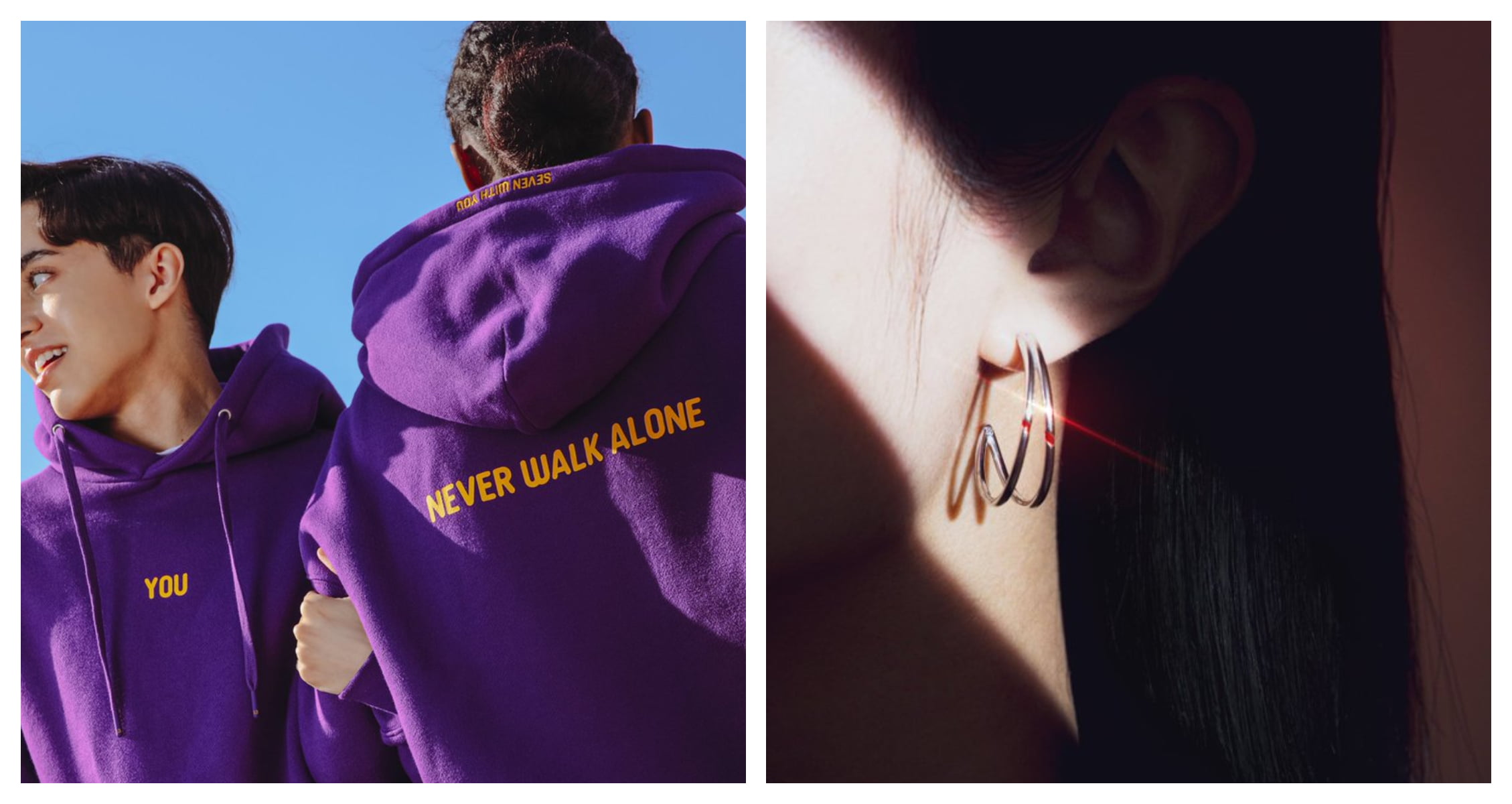 The hoodie also has a beautiful message written on it. The hoodie encompasses the words “You never walk alone” written on it. Since Jimin is known for his humble nature and caring behaviour, fans are suspecting this to be his way of saying that he is always there for them.

Where can you buy this merch from?

Jimin’s self-created merchandise will be available on Weverse shop app on January 18, 2022. The price will be revealed at the time of launch itself. It goes without saying, fans all across the world are extremely excited to have their hands on their favourite idol’s personally inspired items.

Fans reaction to the merch

BTS no doubt has the most loyal and enthusiastic fans in the world. So obviously when HYBE announced the artist inspired merchandise, Armies all across the globe were taken by a storm.

The first glimpse of Jimin’s merch was revealed to the world on January 15, 2022, and since then social media has been flooded with happy armies expressing their love.

Some armies took to Twitter and expressed their feelings. One fan wrote, “Sweet 13s, made by Jimin.”

Even Instagram had all sorts of fan edits and gratitude posts for the star indicating how excited and thankful fans were for his immense amount of care and love.