If you are new to the Taylor Swift Universe, you may be wondering about this ‘London Boy’ she’s singing about! So, who’s this muse of Taylor that she’s been dedicating her entire albums to? Joe Alwyn is his name, and he has been our favorite London boy since 2016! The couple’s super private romance has never given away anything about their relationship, we’d say good for them. After all the things Taylor Swift has been through, let them be in love and oblivious to the rest of the world.

The British actor and Taylor’s relationship started between the 1989 era and the release of her 2017 album, Reputation. It was also at this time that she disappeared from the public and media eye, took everything down from her social media platform, and no one saw her for almost a year. The pair is said to have met at the Met Gala 2016, because she wrote “Flashback to when you met me, your buzzed cut and my hair bleached,” in her song Dress.  (Alwyn showed up to the Met Gala with a buzz cut, and Swift had a bleached blonde bob with her Louis Vuitton dress). The entire Reputation album has hints of Taylor and Joe’s relationship’s beginning. Cut to 2022: the two ocean blue-eyed people are still madly in love and very private about the whole thing!

As all we have are the songs she has written for him, let’s dive into the Swift universe and soak in her artistic genius on this Valentine’s Day! 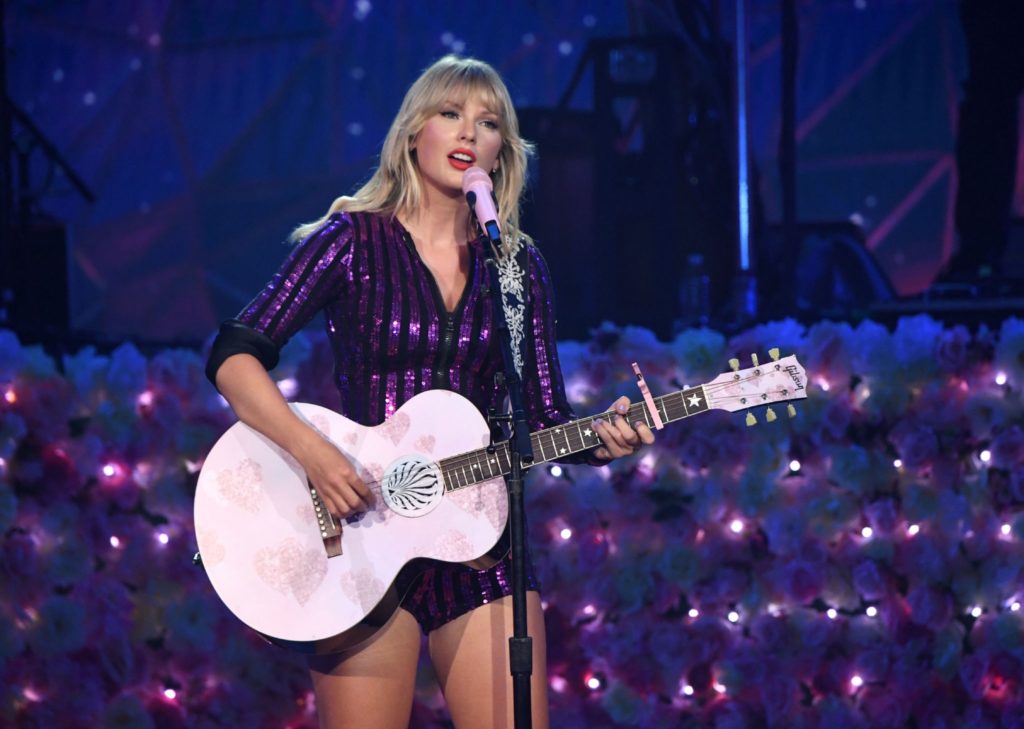 This ain’t for the best, my reputation’s never been worse / so you must like me for me.

The album Reputation has Joe Alwyn written all over it. In the post-1989 era, it was a turbulent time for Taylor with all the bad press, public feuds, and Kardashian snake emojis. Taylor and Joe met at around the same time. Though the album dwells more on her big enemies and bad reputations, it’s more of finding true love in between all that noise. In Taylor Swift’s words, “It’s an album about finding love throughout all the noise…And how it makes you feel when people are saying things about you that you feel aren’t true…If you can find something real in spite of a bad reputation, isn’t that what matters most?”

“I’ve loved you three summers now, honey, but I want ’em all”

We would also like to leave the ending lyrics a.k.a wedding vow of Lover without any explanation.

Ladies and gentlemen, will you please stand? / With every guitar string scar on my hand / I take this magnetic force of a man to be my lover / My heart’s been borrowed and yours has been blue / All’s well that ends well to end up with you

But I’m a fire, and I’ll keep your brittle heart warm / If your cascade ocean wave blues come / All these people think love’s for show / But I would die for you in secret / The devil’s in the details, but you got a friend in me /Would it be enough if I could never give you peace?

In an interview with Paul McCartney for Rolling Stone, Taylor made a rare confirmation that the song peace is actually more “rooted in her personal life” than many of the others on the album Folklore. When McCartney asked her about a line in Peace that reads, “I want to give you a child,” Taylor confessed the song is about the difficulties of “carving out a human life within a public life” and “how scary that can be when you do fall in love and you meet someone, especially if you’ve met someone who has a very grounded, normal way of living,”

Alwyn, in contrast to Taylor, has a very reserved and private existence. But every single move of Taylor makes headlines and tabloid stories that she has little control over. “The idea of privacy feels so strange to try to explain, but it’s really just trying to find bits of normalcy,” she continued. “That’s what that song ‘Peace’ is talking about. Like, would it be enough if I could never fully achieve the normalcy that we both crave?”

“I, oftentimes, in my anxieties, can control how I am as a person and how normal I act and rationalize things, but I cannot control if there are 20 photographers outside in the bushes and what they do and if they follow our car and if they interrupt our lives. I can’t control if there’s going to be a fake, weird headline about us in the news tomorrow,” she added.

When McCartney asked if her boyfriend Joe “understands” this battle, she replied: “Oh, absolutely.”

Ocean blue eyes, looking in mine / I feel like I might sink and drown and die / You’re so gorgeous / I can’t say anything to your face /

Joe’s blue eyes are quite a subject in all the lyrics she wrote after she met him! We can’t blame her though, because he indeed has gorgeous ocean blue eyes! We might sink and die.

“Younger than my exes / But he act like such a man … Burton to his Taylor / Every love I’ve known in comparison is a failure.”

Taylor has a history of dating older guys. In the past, Jake Gyllenhaal reportedly broke up with her because of the 9-year age gap. For proof, the lyrics from All Too Well 10 min version of Red (Taylor’s Version) goes, “You said if we had been closer in age maybe it would have been fine /And that made me want to die”.

The biggest of all of them is London Boy from Lover. Taylor sings about falling in love with her British boyfriend and the time she’s been spending in various towns in London. She also uses his accent for “Boy, I fancy you.”

I enjoy walking Camden Market in the afternoon /He likes my American smile / Like a child when our eyes meet, darling, I fancy you /  Took me back to Highgate, met all of his best mates / So I guess all the rumors are true