Sounds very much right, no? But how would it sound if a mother after dying comes back to her daughter to claim her body for herself? Now, that sounded rather terrifying. Sam Raimi is coming back with another project of his expertise. He has hugely successful titles to his name like Spider-Man triology and Evil Dead franchise. Adding to the list is the new supernatural horror, Umma, which means mother in Korean.

The film is directed and written by Iris K. Shim. The film is being produced by Raimi for Raimi Productions, Stage 6 Films and Starlight Media and will be distributed by Sony Pictures Releasing.

The poster has been released for the film that shows half face of the protagonist Amanda and half of her deceased mother. So it can be concluded that the film might be including the concept of possession at some point in the story. The poster itself is enough to send shivers through the spine and makes the viewers ponder upon all the possibilities of events in the film. 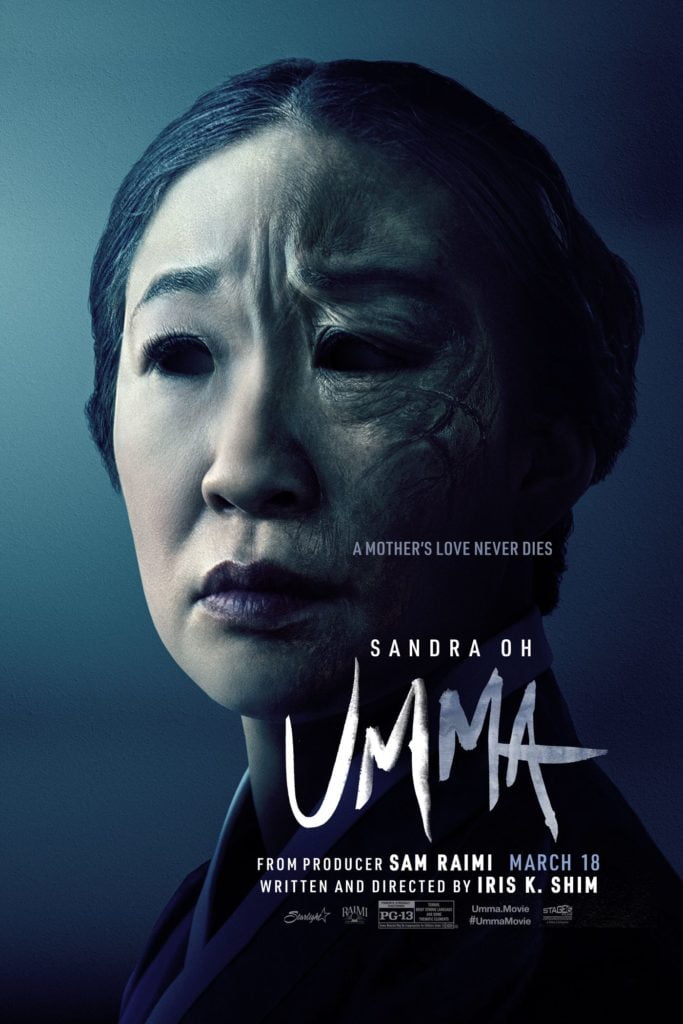 The trailer very much succeeded in its endeavor to ignite a sense of fear among the viewers which is impeccable shots, the environment created and a constant mystery behind everything. Though the mother-daughter duo seems to be well off, there’s something constantly off about their ways.

The daughter has no friends or social life whatsoever and is restricted to the boundaries of the farm she grew up in. For some odd reasons, no cars are allowed after a certain point in the farm. And there shows up a suited man who came to deliver the remains of Amanda’s mother in a box and says something much creepier, “her anger will grow as long as she remains in this box,”

The story follows a Korean immigrant, Amanda who does beekeeping for living along with her daughter without even the slightest intervention by the modern day technology. Things started going south when Amanda receives the cremated ashes of her mother who dies back there in Korea.