K-pop is a music genre that finds its roots in South Korea. The modern “idol” culture we are witnessing today came into being in the 1990s. The first-ever K-pop group to debut was Seo Taiji and Boys in 1991. Since then many agencies started debuting boy groups. But it wasn’t until 1997 the trio S.E.S., K-pop’s first-ever girl group made its debut under SM Entertainment.

Slowly, but eventually there was a huge increase in the number of girl groups – Wonder Girls, Girls’ Generation, Miss A, f(x), T-ara, 2NE1, and EXID to name a few. Every single one of them left an impact on the industry and paved the way for their juniors to come and write their name in history forever.

On the occasion of International Women’s Day, we want to celebrate a few such girl groups who have made women all across the world proud and feel empowered with their talent and hard work. 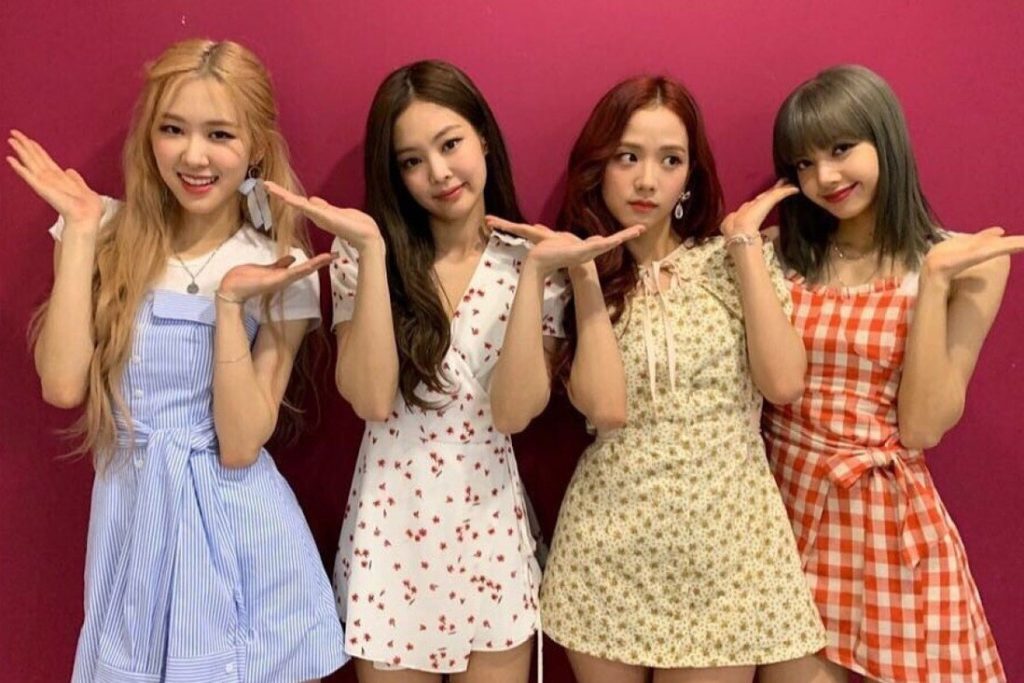 BLACKPINK is a four-membered girl group under YG Entertainment. The group consists of Jisoo, Jennie, ROSÉ, and Lisa. The group made its debut in 2016 with the EP Square One. Their debut was an instant success and garnered them their first music show win within 13 days. There has been no stopping for them since.

With 13.7 million monthly listeners, BLACKPINK has 8 songs under their name that has crossed 300 million streams on Spotify – Kiss and Make Up (feat Dua Lipa), Kill This Love, DDU-DU DDU-DU, How You Like That, Ice Cream (with Selena Gomez), As If It’s Your Last, BOOMBAYAH, and Lovesick Girls.

In addition, BLACKPINK is the fastest and only girl group to gain over 6.4 billion Streams on Spotify, across every category.

BLACKPINK, famous for breaking streaming records, is rumored to have a comeback soon, we can’t wait to see their new releases and what more records they break. 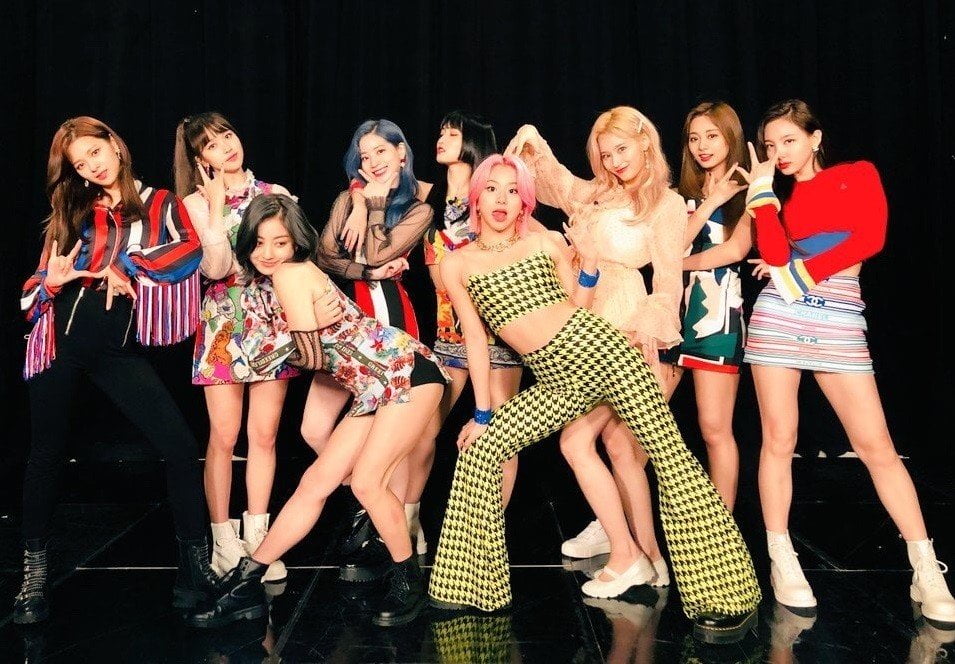 Known as the “King of Girl Groups” in South Korea, for breaking huge album sale records and winning awards left and right, TWICE is not far behind when it comes to streaming records too.

TWICE is a nine-membered girl group under JYP Entertainment. The group consists of Nayeon, Jongyeon, Momo, Sana, Jihyo, Mina, Dahyun, Chaeyoung, and Tzuyu. The group was formed via the Mnet survival show Sixteen and made its debut in October 2015 with the EP The Story Begins. The ninesome gained domestic success in 2016 with the release of their second album Page Two and the music video for their breakthrough hit Cheer Up. The group went ahead to win Song Of The Year with that release and since has never looked back.

Lee Ji-eun, better known as IU is a South Korean singer, songwriter, and actress. The name IU is a combination of ‘I’ and ‘you’ meaning “you and I become one through music, and she has just done that with her music.

IU debuted at the young age of 15 years old, to provide for her family living in poverty, with the album Lost and Found (2008). Although her subsequent albums, Growing Up and IU…IM were commercially successful, it was the release of Good Day, the lead single from her 2010 album Real, that rocketed her to national recognition, and made her a household name.

With her girl next door image, she’s also known as Korea’s little sister and has gained the title of Nation’s Sweetheart.

IU has also made a major impact in the field of acting. She made her acting debut in the 2011 hit teen drama Dream High. Since, she has been cast as the leading lady in multiple critically acclaimed and commercially successful dramas including  Moon Lovers: Scarlet Heart Ryeo, and Hotel del Luna.

IU has 5.6 million followers on Spotify and has gained over 1 billion streams. She is South Korea’s one of most respected and adored artists not just by the general public but K-pop idols themselves. Stars including BTS’ Jungkook, TWICE’s Nayeon, and EXO’s Suho and Kai, have come forward to express their admiration for the artist. 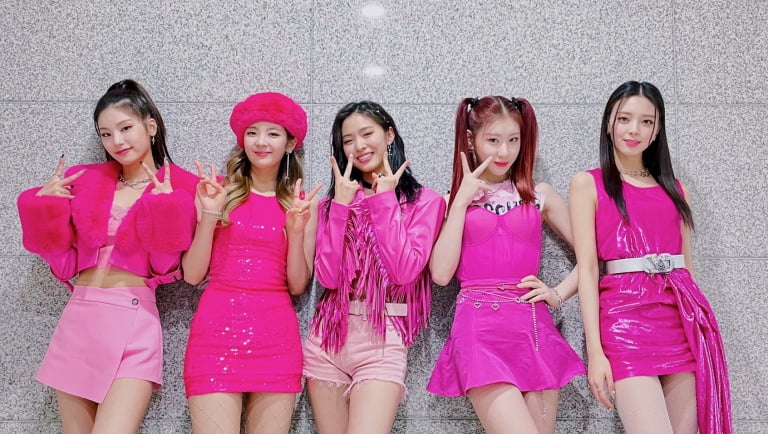 ITZY is the only 4th generation girl group to make it top 20 most streamed K-pop acts on Spotify.

The group debuted in February 2019, with the single EP It’z Different and Title Track Dalla Dalla, and became an instant hit both domestically and internationally. Dalla Dalla’s empowering message and unique sound were well received by the public. They received their first music show win just within 8 days of debut.

ITZY is a five-membered girl group under JYP Entertainment and consists of Yeji, Lia, Ryujin, Chaeryeoung, and Yuna. The group is known for its experimental debut, fierce dance performances, and stage presence.

In April 2021, they released the mini-album GUESS WHO, followed by Crazy in Love in September. Fans have been streaming both albums in massive numbers, with Mafia in the Morning from GUESS WHO garnering 96.2 million streams and LOCO from Crazy in Love garnering 54.2 million. With over 202 million streams since its release in 2020, WANNABE remains the group’s most-streamed song. ITZY has a monthly listenership of 5.5 million people.

Known for their constant experiment with concepts, the 3rd generation vocal, and visual queens, Red Velvet has over 5.1 million monthly listeners on Spotify.

The group debuted in August 2014 with four members, with the single Happiness under SM Entertainment. Following the release of their first mini-album, Ice Cream Cake, the fifth member joined the group, making the final lineup of Red Velvet as – Irene, Seulgi, Wendy, Joy, and Yeri.

Queendom, the group’s sixth mini-album, was released in August 2021 and was a smash hit.  Since its debut, the title track Queendom has received 40.1 million streams. Fans still can’t get enough of 2019’s Psycho, which has over 266.7 million streams and is the group’s most-streamed song.