K-pop boy group Stray Kids is all set for the release of their mini-album in March.

At the end of Stray Kids’ official second fan-meeting Stray Kids 2ND #LoveSTAY ‘SKZ’S CHOCOLATE FACTORY in February 2022, the group announced the release of their new mini-album ODDINARY in March 2022.

Stray Kids is definitely one of the most successful 4th gen boy groups active right now. The group proved its impact last year in August when it became JYP Entertainment’s first million-seller group with the album NOEASY surpassing 1.1 million copies on Gaon Chart.

Stray Kids, also known as SKZ is an eight-membered group under JYP Entertainment. The group consists of Bang Chan, Lee Know, Changbin, Hyunjin, Han, Felix, Seungmin, and I.N. SKZ is famous for being a self-producing group, with leader Bang Chan and rappers Changbin and Han being involved in most of the composition and music production. The three together also form a sub-unit called 3RACHA.

Stray Kids was introduced to the public via a reality show of the same name before making its official debut in March 2018. Though the group had already started releasing music since 2017 with their pre-debut EP Mixtape. All the tracks in the EP were co-composed by the members themselves. 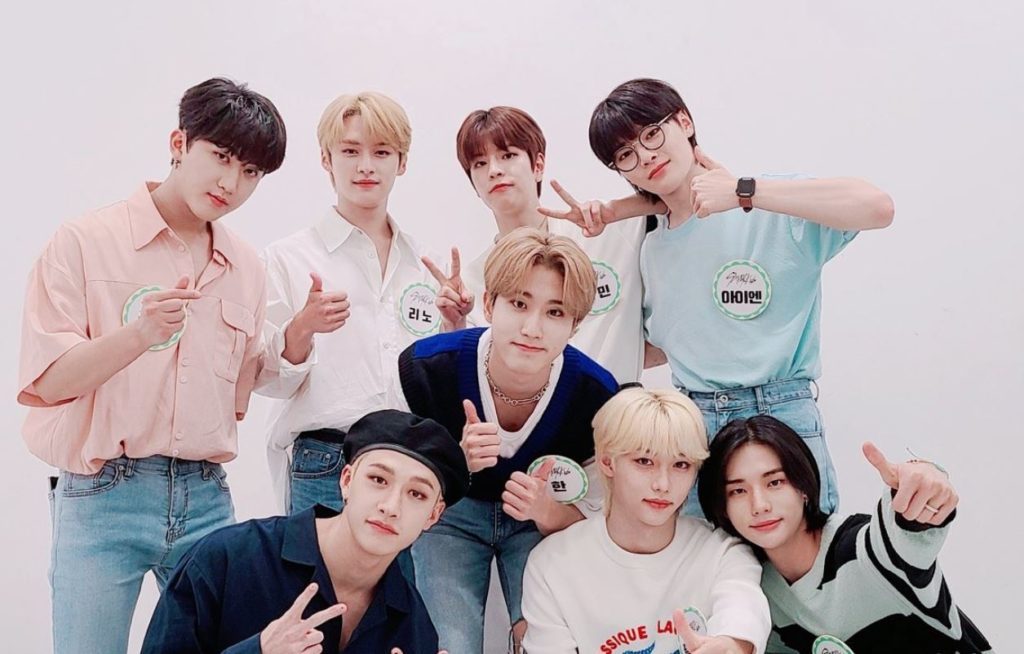 In 2021, Stray Kids joined the Mnet survival show Kingdom: Legendary War alongside ATEEZ, The Boyz, BTOB, iKon, and SF9. The group released Wolfgang, a song for the competition’s final round, on May 28, 2021, which is the group’s debut appearance on the main Gaon Digital Chart at number 138. On June 3, the group won the competition, earning them their own reality show as well as a special Kingdom Week show celebrating their comeback.

Stray Kids is all set to release their sixth EP ODDINARY on March 18, 2022, at 1 p.m. KST along with the music video for the title track Maniac, written and composed by 3RACHA and VERSACHOI.

The group so far has released 2 extended trailers. The first trailer released on February 13, 2022, is an introduction to the ODDINARY Universe. The second trailer is over 3 minutes long, is a continuation of the previous trailer, and gives an in-depth introduction to our characters and surroundings.

From the trailers, we can conclude that Felix is our main character who had to go through a drastic change in order to survive with the “ODDINARY” group, represented by the rest of the members.

Check out both the trailers below.

Stray Kids has also unveiled the first track, Venom, via an individual video. In the video, we get to hear a snippet of the song and get to see the visuals from a possible music video of the song.

The tour will start off in Seoul on April 30 and May 1, and then the band will head to Japan where they will perform on June 11 and June 12 in Kobe, and in Tokyo from June 18 to 19. The group will then travel to Newark in June itself, to kick off their US leg of the tour. After their performance in Newark on June 29, they perform in Chicago on July 1, Atlanta on July 3, Fort Worth on July 6, Los Angeles on July 9, Oakland on July 12, and Seattle on July 14 and then again return to Tokyo for two nights concerts from July 26 to 27.

According to MANIAC’s announcement poster, Stray Kids is yet to reveal more dates for the tour, so fans outside the places mentioned above can still have some hope.