Parallels: Everything we know so far about the French time travel mystery

Time travel is a massive topic to explore and kind of a fathomless abyss of possibilities.

Like ‘an unchangeable future’ kind where no matter who travels where and does what, the future doesn’t get affected, just like in Terminator where Sarah Connor and T-800 did everything they could to stop the judgment day but nevertheless it happened. Then, there is ‘a changeable future’ kind, where if you do something it will affect the future like if you go back to kill a person’s father and you did kill him, the initial person would never even be born.

Then there is ‘an alternative timeline’ kind where one goes back in time and does something, a whole new timeline will form on the basis of that action. For example, if one will go back and kill Mussolini and comes back, one will find that there would be a whole new world based on the fact that Mussolini never existed. And then comes a different kind of time travel where the future and multiverses crash as seen in the upcoming French series, Parallels.

Directed by Benjamin Rocher and Jean-Baptiste Saurel, Parallels follows a group of four friends who got stuck in a time travel loop, and now coming together, they need to figure things out and get back to the way everything originally was.

Here’s everything to know about the upcoming time travel drama, Parallels.

Disnet+ will be dropping all six episodes of their brand new original series, Parallels, on March 23, 2022.

The trailer initially sheds light on the relationship the protagonists have among themselves as young adults. The group decides to meet up for a party and everything was all good and nice till the lights turned off on their own. As they turned on, Samuel finds himself alone in the room and the rest three disappeared and their places were taken by their future selves. Sounds insane? It is what it is.

The poster of the film has been released and it sets the mood of the film along with announcing the release date of the upcoming project. The poster is divided into two parts with the four protagonists on both sides, as kids on one side, and as they were after the time swap on the other side. The right shades of blue in the poster set the theme of mystery in the movie and the time travel is subtly hinted with the quote on the top, “To find themselves, they’ll have to get lost”. 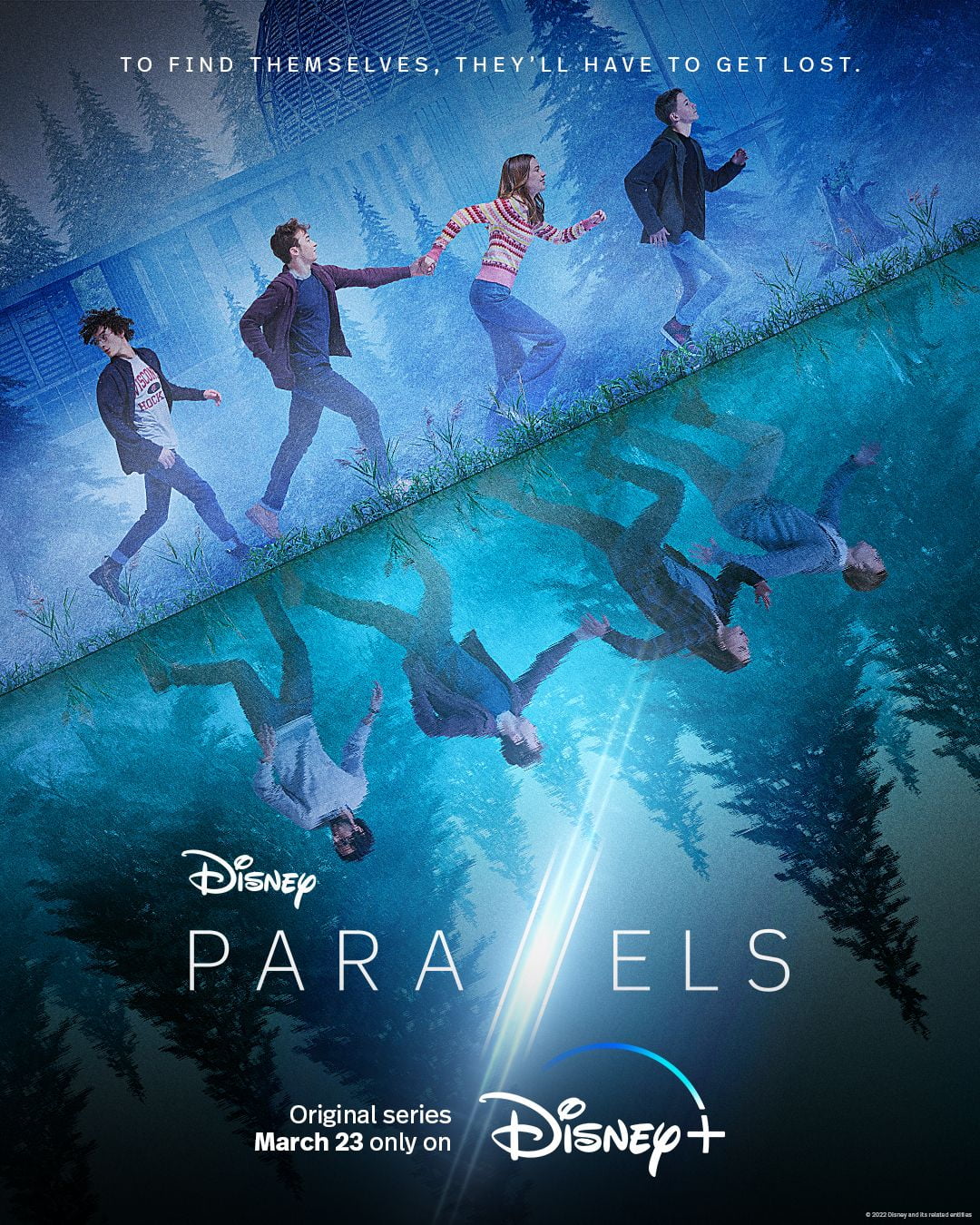 The series follows four friends, Bilal, Romane, Samuel, and Victor. They are like any regular group of friends from a small village in the mountains in France. The friends decided to meet at a place and catch up and have fun, but what happened was something that they couldn’t imagine in their wildest of dreams.