When will The Bad Guys be on Netflix?

For all the animated movie lovers, DreamWorks’ upcoming project, The Bad Guys is on the checklist. And why won’t it be? The story and the trailer is capable of blowing the viewers’ minds. With the theatrical release being just around the corner, fans have been speculating the window when it might hit the Netflix screens. The new deal between Netflix and DreamWorks answers the said question.

Based on Aaron Blabey’s children’s book series of the same name, the film is directed by Pierre Perifel and written by Etan Cohen and Hilary Winston. The film has a long line of producers which includes Patrick Hughes, Etan Cohen, Aaron Blabey, Rebecca Huntley, and Damon Ross.

So, here’s everything to know about The Bad Guys, including its Netflix release: 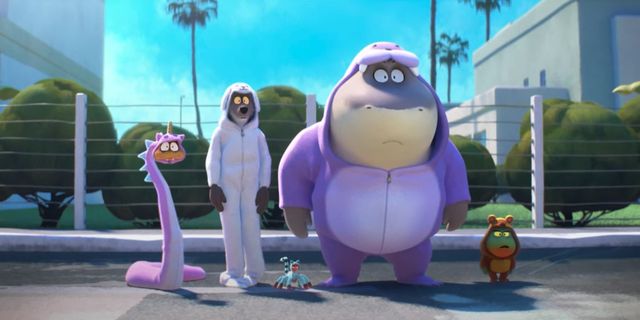 Based on the latest Netflix-DreamWorks deal, we can have an idea about when The Bad Guys will hit the streaming platform. As per the deal, it has an 18 months window, starting 45 days after the theatrical release. In those 18 months, the title will stream on Peacock for the first 4 months, then on Netflix for 10 months, and then again on Peacock for the final 4 months. As per that, the release schedule is as follows.

So, The Bad Guys will be available on Netflix US to stream starting from October 6, 2022.

Will The Bad Guys be on Netflix other than in the US?

Unfortunately, there haven’t been any announcements by either DreamWorks or Illumination regarding the global release. But what’s for sure is that it won’t hit the Netflix platform as soon as 2022, like the US, in the rest of the world.

It’s been a while since the trailer of The Bad Guys came out, and one can always watch it again and again, taking into account the thrill, the adrenaline rush, the heists, the car chases, and full-on Fast and Furious vibes. The interesting thing, however, is that our portrayed villains are not so bad after all. When our big bad wolf can’t keep his happiness under control when called a ‘good boy’ by the old lady, the rest of the gang members will automatically become softies.

The film follows Mr. Wolf and his criminal gang, which includes Mr. Shark, Ms. Tarantula, Mr. Piranha, Mr. Snake. Together they are known as The Bad Guys. They have quite a considerable number of successful heists to their name, however, circumstances aren’t always favorable and the gang gets caught. Now what’s there to find out is whether the gang will switch to the good side or are they will stay true to their previous nature.