5 Binge-worthy series to watch this weekend on Netflix

The weekend is here, and it’s time for Netflix and chill. The OTT platform Netflix has released new content every month since it’s the start of July. The new content is available with the old also. In case you missed watching something previously or are unaware of the new shows premiering right now on the most famous platform, we are here to provide the list.

Here are the five shows you can watch this weekend:

On June 22, 2022, the third season of The Umbrella Academy debuted. With approximately 125 million hours viewed globally, it quickly overtook Stranger Things Season 4 volume 1 as the number one show on Netflix’s Top 10 list. It is currently at No. 2, only being surpassed by Stranger Things Season 4 Volume 2 at the time of publication. In Season 3, The Hargreeves siblings are followed after they depart from 1963 Dallas. They discover that the Sparrow Academy has wholly altered its present-day timeline and has taken its position. Now that their time-traveling schemes have produced a paradox that would destroy the cosmos, they must figure out how to stop the end of the world once more. 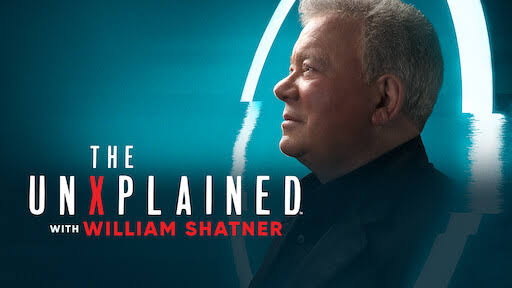 The UnXplained with William Shatner’s first season debuted on Netflix in June. The first season features 16 episodes about odd and enigmatic phenomena that have perplexed people for ages. Each episode of this Golden Globe and Emmy Award-winning series, which is hosted by actor William Shatner, will explain how the seemingly impossible can occur. From convincing historical, scientific, witness, and personal accounts, every episode includes a range of subjects, including lost civilizations, strange rituals, and horrible locations.

Legacies’ last season has been made available on Netflix. This third season of The Vampire Diaries is a straight-up sequel to The Originals. Hope Mikaelson, the daughter of Klaus Mikaelson and Hayley Marshall, is the subject of this television series. Her parents come from the most potent witch, werewolf, and vampire families. The first tri-born, Hope is a student at the Salvatore School for the Young and Gifted.

The Upshaws, an Indiana-based black working-class family, is the subject of the television show. Similar to family sitcoms from the 1990s, this series centers on Bennie, a mechanic who tries his best to provide for his wife Regina, their two daughters, their son, as well as his kid from a previous relationship. Sykes portrays their sarcastic sister-in-law of Bennie. The Upshaws are shown carrying on with their way of life in Season 2 while dealing with anything that comes their way.

Snowflake Mountain, a brand-new reality series, is now available on Netflix. In this one, a bunch of entitled brats is taken to a forest survival retreat to learn how to become self-sufficient. The objective is to graduate as fully functional adults for a group of 10 people who have always relied on their parents for everything. They will experience what it is like to live without running water, parents to take care of them, and, god forbid, WIFI. The reward money will be enough to completely change the winner’s life.