5 Thriller shows to watch on Netflix this weekend

One of the best parts of watching a thriller is that it always keeps the viewers perched on the edge of their seats. They don’t know what’s going to happen on screen the next moment; one minute, they are watching a happy family riding a smooth and sleek highway, singing Cyrus’ Party in the USA, and BAM! The next moment the car hit a deer, and before they know it, they have broken a thousand years’ curse.

Then follows a series of murders and whispers that strengthen the familial bond, and finally, in the denouement, we see the family happily ever after, singing perhaps Sinatra’s Fly Me To The Moon instead of Cyrus this time.

No wonder why the streaming giant, Netflix, has truckloads of thrillers to watch; be it a supernatural or a mystery one, name it, and Netflix has got you covered. If you’re looking to find which is the right fit for you, then don’t worry we have got you covered. Below-mentioned is the five best thriller shows you can watch on Netflix to pass your weekend.

5 Best thriller shows to watch on Netflix this weekend

Created by Vanessa Gazy, Echoes is a mystery thriller that follows the lives of twins Leni and Gina, who have been switching their lives since they were kids, and the world doesn’t know about this fact. In their adulthood, they share two houses, husbands and a kid. Where is the mystery, you ask? The mystery happens when one of them goes missing. What happens to the secret? Presumably, everything is thrown into a swirling vortex, including the audience, who will be left guessing and double-guessing every minute of this crazy mystery thriller.

From a passing friend’s comment or to an Instagram meme, Squid Game was once the talk of the town, physical as well as virtual. Created by Hwang Dong-hyuk, this thriller has been successful in garnering a pop culture craze that has remained unparalleled in the Hollywood industry so far. Transcending the gory thematic outline of the show, it becomes a sharp critique of the prevalent class inequality in society.

For those unversed, Squid Game, as the name suggests, is a game involving a group of unsuspecting adults, who were invited to compete in children’s games for money, but ended up playing for their survival. If you lose, you die. According to Collider’s Chase Hutchinson, “While this may sound familiar to a whole host of other similarly premised stories you’ve seen before, it (Squid Game) quickly makes clear that it is both a great deal darker and more creative in its execution. Grounded yet gruesome, it shows how desperate the world has become for those at the bottom when left with limited options to survive. Visually vibrant and tonally grim, it is a show that remains one of the better things the platform has created in recent memory. By the time it all comes to a close, the impact it leaves is both insightful and indelible.”

Based upon the Eisner Award-winning titular graphic novel by Joe Hill and Gabriel Rodriguez, Locke and Key is created by Meredith Averill, Aron Eli Coleite, and Carlton Cuse. With a compelling cast such as Darby Stanchfield, Connor Jessup, Emilia Jones, Jackson Robert Scott, Laysla De Oliveira, Petrice Jones, Griffin Gluck, Locke and Key has been successful in gaining quite a following with its infallible concoction of genres, including horror and tragedy, fantasy and mystery.

The official synopsis of Locke and Key (courtesy of Netflix):

“After their dad’s murder, three siblings move with their mom to his ancestral estate, where they discover magical keys that unlock powers — and secrets. Watch all you want. This magical mystery is based on the acclaimed, best-selling graphic novels co-created by Joe Hill and Gabriel Rodriguez.” 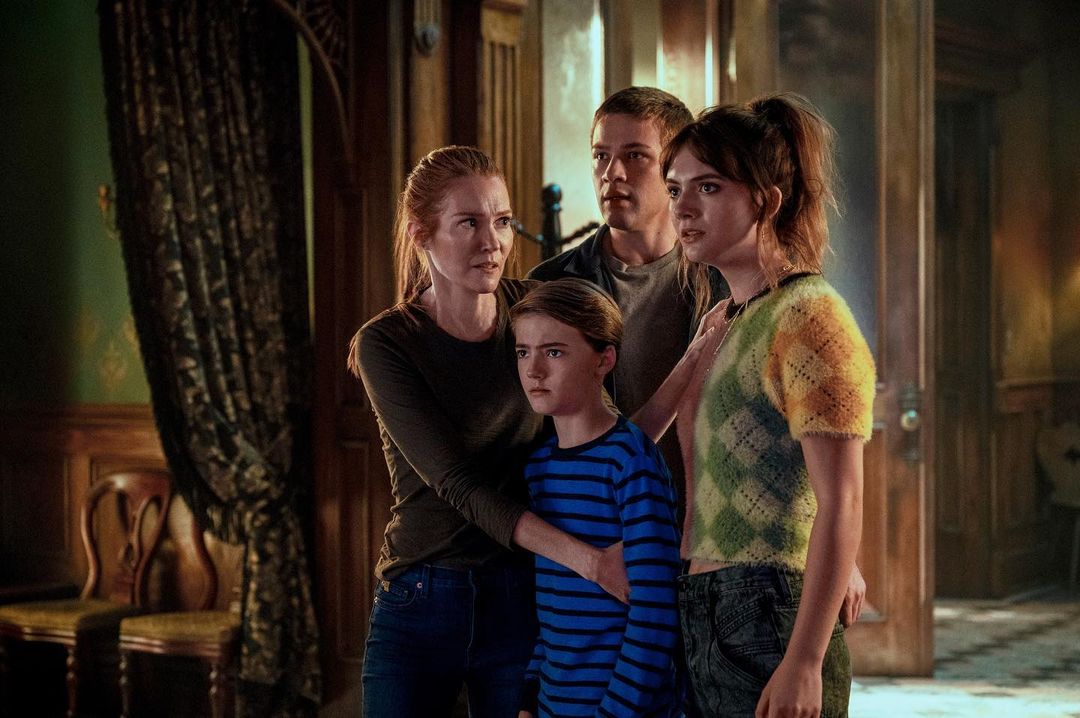 Adding something exotic to the Netflix library, Katla is an Icelandic series created by Baltasar Kormakur and Sigurjon Kjartansson. Named after one of the active volcanoes in southern Iceland, which faced an unparalleled eruption a century ago, Katla has gained exponential viewerships, becoming “one of the most popular thriller shows on the streaming service.” (Collider)

Set in a small town called Vik, near the real-life volcano, the show follows the lives of the inhabitants living there a year after the volcano erupts. The volcano has caused the desertion of the entire town, leaving but floods and ash clouds in its wake. In the midst of all of this, Reykjavik, a volcanologist, is unable to reckon the strange data coming from the volcano, which could as a foreboding for something even worse to come.

Collider writes: “With a bleak, naturalistic setting and a mind-bending plot, the first eight-episode season of Katla has already become a favourite for thriller fans and it’s bound to be a good weekend watch.”

This award-winning series is based on a married couple who relocate to the Lake of the Ozarks with their kids to conduct a money-laundering operation. The show gives an insight into the underworld of a Missouri town with its A-list celebrities, such as Jason Bateman in the role of Martin “Marty” Byrde, who is a financial advisor dealing with a Mexican drug cartel, alongside Laura Linney who reprises the role of Marty’s wife, Wendy. With its fourth season on the way, Ozark is one of the most critically acclaimed thriller shows on Netflix that should be on your binge-watching list this weekend.