6 Cooking shows you must watch on Netflix this September

Some people love watching food more than eating it. No doubt, it’s fun to watch people cook delicacies while some of them spoil them. Then there’s a moment when the chef comes to taste the dish – Oh! Such a heart-pounding scene. So, if you are one of those who love to watch such shows, you have come to the right spot.

This September, fans of food and cooking shows are about to have a great treat, with some new shows coming up and some old ones to refresh their memories. Netflix has many popular cooking shows, new and old, to entertain the audience and keep them craving good food. Let’s see what Netflix is serving on the table this September.

Coming up on September 7, Chef’s Table: Pizza is the 7th edition of the popular television series Chef’s Table. With six popular seasons, the long-running culinary hit returns with a season that’s all about the pizza pie. It’s time for the fans to explore the kitchens of chefs from Portland to Phoenix, Italy to Japan, whose creativity elevates this ordinary dish to an art form via their unique flavors, inspiring backgrounds, and passion for creating the perfect slice. For this season, Netflix’s featured chefs are Chris Bianco from Phoenix, Ariz., Gabriele Bonci from Rome, Italy, Ann Kim from Minneapolis, Minn., Franco Pepe from Caiazzo, Italy, Yoshihiro Imai from Kyoto, Japan and Sarah Minnick from Portland, Ore. This September, all the Chef’s Table fans will dig into the best pizzas from around the world, prepared by renowned chefs who bake passion, creativity, and hard work into every slice.

Coming up on September 21, Iron Chef: Mexico is another international spin-off of Iron Chef. After a good hit in Brazil, the fans are eager to watch what happens with the chefs of Mexico. Airing on Netflix this September, the show is about rising talents who participate in a cooking competition against three of Mexico’s finest chefs to win the mythical katana and become the Legendary Chef. The iconic Iron Chef franchise is expanding internationally, getting love from all over the world. 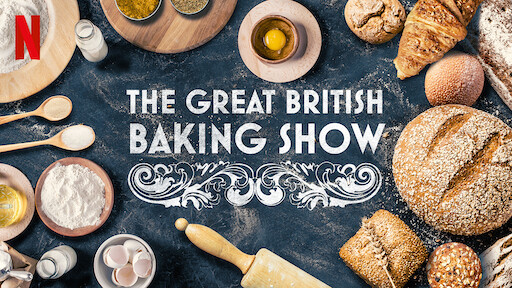 This show is full of a hot mess in the form of a reality contest where home bakers with a terrible track record take a crack at re-creating edible masterpieces for a $10,000 prize. So far, Nailed It! has rolled six successful episodes of Nailed It! with Nicole Byer being the number-one host for the show. The makers of the show are coming with a new season this fall with a new theme – Halloween. That sounds appealing, right? Halloween-themed food cooked by celebrity chefs will be right there on our screens. Till then, you must watch the fun-filled seasons of Nailed It! on Netflix, the last one containing six episodes of 35 minutes each.

Hosted by Mikey Day, this game show-style cooking competition television series premiered on Netflix on March 18, 2022. It is a great amusement to watch cake artists create mouthwatering replicas of handbags, sewing machines, and other objects. The first season of this show received loads of love from fans around the world. Hence, Netflix decided to give it another shot with a second season. Netflix says, “Mikey Day from SNL hosts alongside a revolving panel of celebrity guest judges, from Fortune Feimster to Karamo Brown.” The first season of this baking show has eight episodes of 40-minutes each. If you have not watched this amazing show yet, you must go for it. Here’s a good reason why you should watch Is It Cake?

Released on July 26, this show took the audience to get a taste of the most beloved bites on American streets and, along the way, discover the heart, soul, and wildly diverse real people behind the food. With six short episodes, this show stood to be one of the most popular cooking shows on Netflix. The show took us on a drive from Los Angeles, California, to Portland, Oregon, from New York to New Orleans, Louisiana, and then from Oahu, Hawaii, to Miami, Florida. It stars the stories of people who create flavorful, unforgettable dishes in U.S. cities. Here’s a quick glimpse of the show: