Alaska Daily: Is it premiering in October 2022?

Is the new series Alaska Daily coming to ABC this fall? Continue reading to find out.

Alaska Daily is an upcoming American television drama series created by Tom McCarthy for ABC. A lot of new TV series has been offered by the ABC network this year, and it does not seem to stop anytime soon, as the next few months are full of surprises with exclusive series and movies all set to release this fall season of 2022.

The network’s catalog is up against some of the top competitors like NBC and CBS, among others, and they are doing a great job of keeping up with new themes and characters that are relatable to the viewers. One of the newest additions, which has gotten quite a lot of attention over the last few months, is Alaska Daily.

The series’ core premise simply tells the tale of a journalist looking for a new beginning in Anchorage, Alaska. It seems like a very basic plot, right? However, it appears that there is more than what the trailer is attempting to express to the audience, which has more to explore.

It is encouraging to see how these new series will be able to expand and compete with established, well-liked major properties. So that you may get a head start and be ready before the series airs, we’ve put together a concise overview of all the information you need to know about the release date, plot, and cast. Here is everything we currently know about Alaska Daily.

The network has officially confirmed that Alaska Daily is set to premiere on Thursday, October 6, 2022, at 10:01-11:00 p.m. EDT, with the following episodes expected to drop on the subsequent Thursdays.

The official Twitter handle of Alaska Daily also confirmed the news by sharing the official release date, quoting, “The deeper the mystery. The darker the truth. The #AlaskaDaily series premiere is OCT. 6 on ABC! @HilarySwank @jscandalp @_gracedove @M2theHolzman @castelblancop @SirCraigFrank” Take a look at the official post below:

According to the official press release by ABC states, From the mind of Tom McCarthy (“Spotlight”), “Alaska Daily” stars Hilary Swank as Eileen Fitzgerald, a fiercely talented and award-winning investigative journalist who leaves her high-profile New York life behind after a fall from grace to join a daily metro newspaper in Anchorage on a journey to find both personal and professional redemption.

Elkoff is coming off two seasons as executive producer and co-showrunner of The Resident. Before that, he was an executive producer of Fox/20th TV’s drama series The Passage. Elkoff created  Fox’s North Shore and co-created the network series Camp. In premium cable/streaming, he worked on the second season of Showtime’s I’m Dying Up Here and both seasons of Chance on Hulu. In features, Elkoff wrote The Education of Charlie Banks, starring Jesse Eisenberg. He is repped by ICM Partners and Dave Feldman at Breechen, Feldman, Breimer, Silver & Thompson.

We’d also like to point out that, as of August 26, 2022, the exact episode count, titles, and synopsis for the episodes cannot be confirmed. As the network will publish those details when the episodes are due to air on the streaming service. So, we would advise fans to be patient while waiting for these updates, which will be issued in the coming weeks.

On the other hand, the synopsis of the first episode released by Rotten Tomatoes states, “Recently disgraced reporter Eileen Fitzgerald leaves her high-profile New York life behind to join a daily metro newspaper in Anchorage, Alaska, on a journey to find both personal and professional redemption.”

The official teaser for the series was released on the ABC YouTube channel on August 12, 2022, for 30 seconds with the title, “A Deeper Look at” Alaska Daily, with the tagline stating, Two-time Oscar winner Hilary Swank is Eileen Fitzgerald, a fiercely talented, award-winning investigative journalist who joins a daily metro newspaper in Anchorage, on a journey to find both personal and professional redemption.

Where to stream Alaska Daily?

When released, you can watch Alaska Daily on ABC and Hulu. The viewers can buy a subscription plan according to their preference which allows viewers to watch new episodes based on location when the episode airs worldwide. Moreover, take a look at the official poster below: 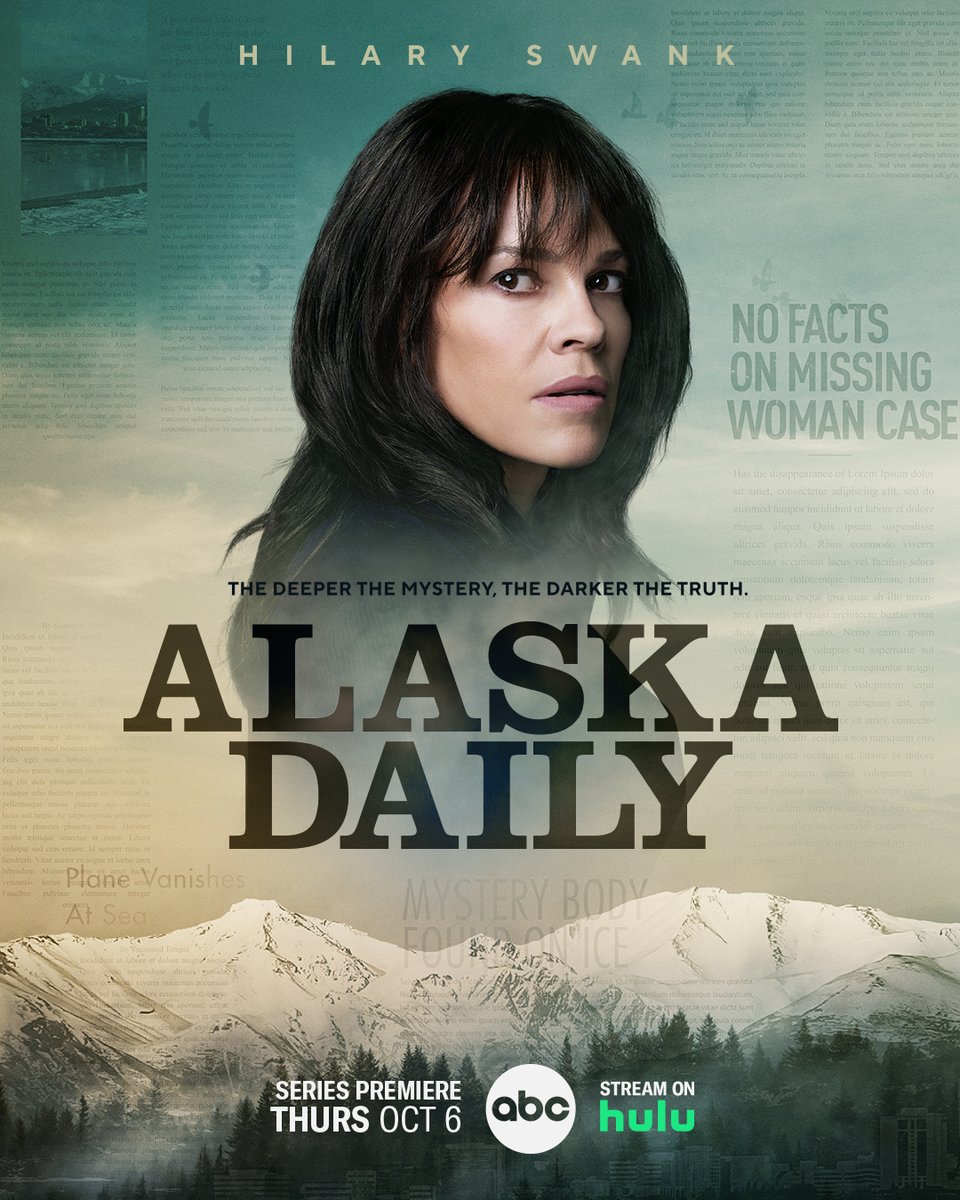 Let us know in the comments if you will be streaming Alaska Daily this October.