Marvel Cinematic Universe, Phase 4, includes the highly anticipated sequel to Black Panther (2018). The title of which has been revealed as Black Panther: Wakanda Forever. Multiple crew members affirm that filming is finished ahead of the November release date.

The production faced so many difficulties that the title has become bitterly ironic.

Amidst Covid-related issues that plague most significant blockbusters these days, the shoot also paused in November after star Letitia Wright injured herself during a stunt that went wrong while shooting in Boston.

Black Panther: Wakanda Forever has reached a significant milestone and has completed filming. Wright’s injuries had healed when production resumed in early 2022, and the cast members had moved to Puerto Rico for the final stretch. Black Panther: Wakanda Forever News discovered that several crew members have now stated that Black Panther 2 is complete on social networks. Costume designer Ruth Carter (in a since-deleted post), hairstylist Nikki Wright, and cinematographer Autumn Durald were cited in the tweet.

Autumn Durald, a cinematographer, posted a picture of her celebratory beverage on her Instagram story, with a caption in the corner saying “the end” and a Puerto Rican flag: 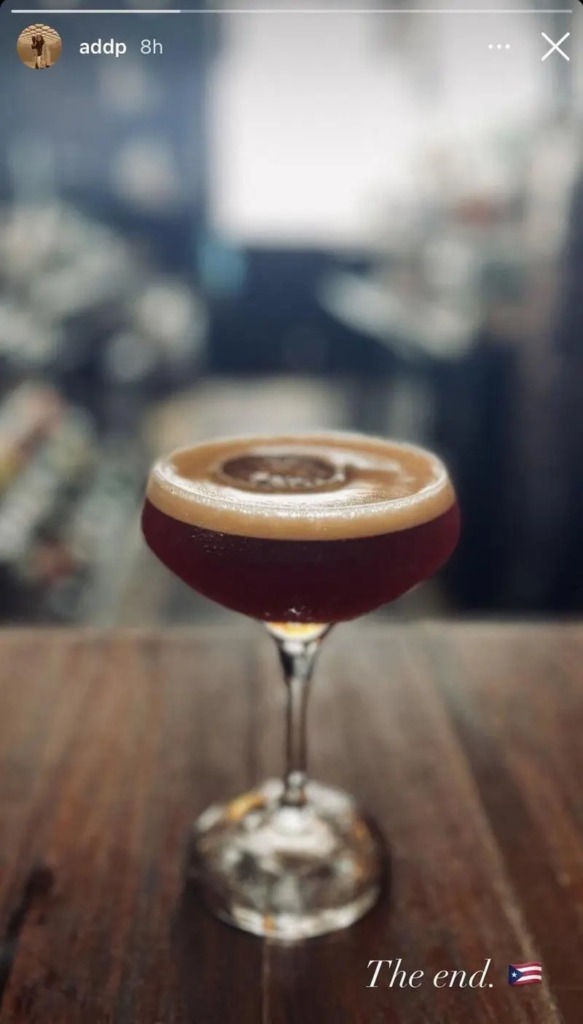 Nikki Wright, a hairstylist, marked the occasion with an Instagram photo of herself next to a palm tree. She revealed that filming took nearly a month longer than anticipated, but she confirmed that her work in Puerto Rico was completed:

Ruth Carter, the Academy Award-winning costume designer, also commemorated the occasion with an Instagram picture (via Twitter user @bpanthernew). She captioned a video from a nearby beach, “We are done!” Click to view the thread – Crew members & Cinematographer Autumn Durald.

Production resumed in mid-January of this year. Before finishing the screenplay, the franchise’s original star, Chadwick Boseman, died of cancer, leaving an immense void in the sequel’s center that will arguably be difficult to fulfill. Marvel has repeatedly stated that Chadwick Boseman’s portrayal of T’Challa will not be recast.

The sequel has finally wrapped over two months after production resumed. With Black Panther 2 filming completed, Marvel Studios has completed one of their most enticing Phase 4 projects. Possible plot details are unknown, but the sequel is expected to revolve around the Wakanda battle with Atlantis.

This establishes Namor, the Sub-Mariner as the antagonist of the movie. It may pave the way for his spinoff. Many people wonder how Chadwick Boseman’s absence will be addressed in the sequel, seeing one of the central characters become the next Black Panther.

Beyond the official title, Marvel has made very few details about this sequel; it’s even unclear which character in the film will take over as Black Panther and leader of Wakanda. Aside from Letitia Wright, the returning cast includes Lupita Nyong’o, Danai Gurira, Angela Bassett, Martin Freeman, and Winston Duke as M’Baku.

Dominique Thorne will portray Ironheart, a young woman who makes her suit of Iron armor and will have her spinoff show on Disney+ in the future. She is one new actor who will undoubtedly join the cast and the MCU.

Moreover, Danny Sapani also discussed reprising his role in Wakanda Forever in an interview with Entertainment Tonight. Not only did the movie reunite him with his fellow actors, but it also reintroduced him to Ryan Coogler as director.

While discussing the production of Black Panther 2 without the late Chadwick Boseman, Sapani teased that the sequel will be “an incredible film” that will “blow everyone away.”

“You know, Ryan [Coogler] and the cast and the team at Marvel have just been amazing. We were very lucky to have such a family atmosphere. Obviously, without Chad it’s very different. But we’re gonna keep flying that flag, keep trying to tell that story because it’s just an incredible story and an incredible film … I don’t think you can compare [Black Panther and its sequel] to be honest with you. I think we’re just going to keep telling the story and honoring the great man. All of the people that are involved with that project are very close. I think it makes for a great sort of company feel. So, I imagine it’s going to blow everyone away in the way the first one did.”

While fans worldwide will feel Boseman’s absence, the actor believes the themes at the story’s center will continue to captivate Black Panther fans.