Dangerous Liaisons: Is it premiering in 2022?

Is Starz’s Dangerous Liaisons premiering this year or not? Here is everything we know so far.

Dangerous Liaisons is an upcoming American period drama television series based on the novel of the same name by Pierre Choderlos de Laclos. As per reports, in July 2019, it was announced that Starz had ordered and greenlit the series, with Harriet Warner set to serve as showrunner and writer, with the BBC no longer attached and Hampton no longer attached as a writer and only as executive producer.

Later, Dangerous Liaisons smashed headfirst into pandemic production delays in 2020 after six years in development. But, after resuming filming late last year, the project is finally moving forward, with Starz presenting the drama as part of its fall schedule during the Television Critics Association press conference.

Now with all the waiting, the fans will finally get a chance to binge-watch the show and know how the creators have adapted the series by making it different from others. If you are one of those who want to get clarity about the potential release date, then look no further as we’ve compiled all of the relevant information on Dangerous Liaison’s release date, plot, and other crucial details due to the high level of interest shown by fans since the premiere of the trailer.

The network officially conferred that the series is set to premiere on November 6, 2022, at Starz linear network at 9 p.m. (ET) on Sunday, November 6, 2022, and will follow a weekly release schedule. It streams starting the same day on the Starz streaming service. The official Twitter handle of the show also shared the post, quoting, “Love is a wicked game. #DangerousLiaisons premieres November 6 on STARZ.” Take a look at the post below:

The series will begin with the two as young lovers in the slums of Paris and trace their climb through the French nobility through a series of schemes, manipulations, and betrayals. According to the official description, “Dangerous Liaisons” is a bold prelude to Laclos’ classic 18th-century novel focusing on the origin story of how his iconic characters, the Marquise de Merteuil and the Vicomte de Valmont, met as passionate young lovers in Paris on the eve of the revolution.

This modern take on a classic story gives audiences a chance to experience wonder and terror, beauty and degradation, seduction and deception in pre-revolutionary Paris. Driven to right the wrongs of their past, we follow the couple as they rise from the slums of Paris and scale the heights of the French aristocracy.

Their survival depends on their skills of seduction and manipulation of not only the French nobility but of each other. It’s not love… it’s war. Alice Englert (“Beautiful Creatures,” “Ratched”) and Nicholas Denton (“Glitch,” “Pillars”) will portray the notorious lovers: Camille, who is taken in by the current Madame de Merteuil (played by Lesley Manville), and Valmont, who will stop at nothing to regain the title that was recently taken from him. 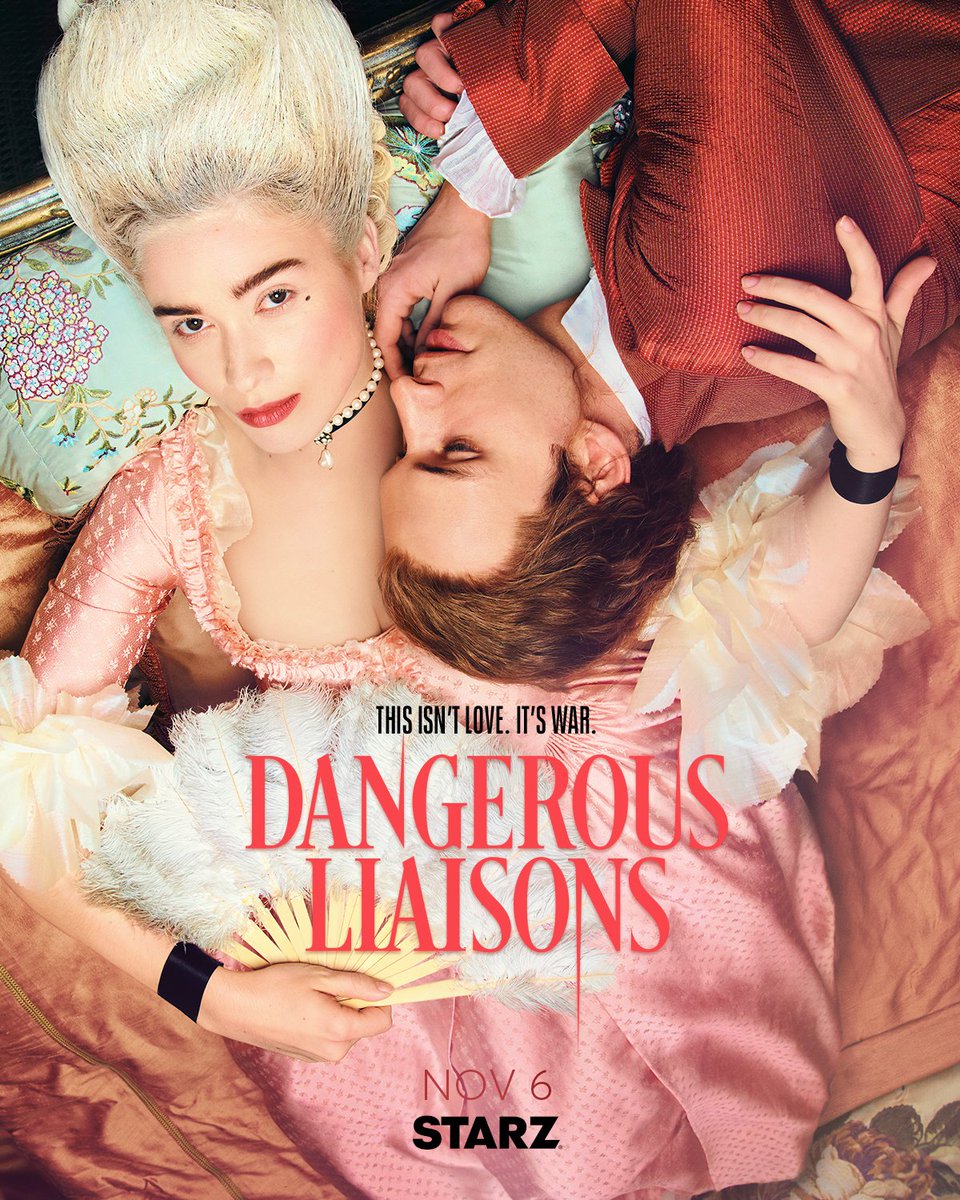 This series will consist of 8 episodes with an expected runtime of 35 to 45 minutes per episode. The episodes are expected to premiere on a weekly basis. We’d also like to point out that, as of October 3, 2022, the exact episode titles and synopsis for the upcoming episodes except for the first two episodes, cannot be confirmed. It will be disclosed once the episodes start to premiere. On the other hand, the available episode descriptions are as follows:

Episode 101 “Love or War” releasing on November 6, 2022 – Written by: Harriet Warner and directed by Leonora Lonsdale – In the first episode of the series, young lovers Camille and Valmont fight for a better life but find themselves at war with each other.

Episode 102 “Conquer or Die” releasing on November 12, 2022  – Written by: Harriet Warner and directed by Leonora Lonsdale – Camille’s new future hangs in the balance, and a face from the past triggers a long-buried need for revenge.

The official trailer of 1:54 minutes was released on the official Starz youtube channel with the tagline stating, “A wicked game is about to unravel between Camille & Valmont in Dangerous Liaisons. Watch the official trailer premiering Sunday, November 6 on STARZ.” Take a look at the trailer below:

Dangerous Liaisons: Where to stream the show?

All the episodes of Dangerous Liaisons will be available on Starz and the Starz app, with new episodes launching on a weekly basis, depending on the location of the viewers. You can also watch different genres of movies and tv shows from the catalog as per your preference at no additional cost with any of their services.

Let us know in the comments if you will be streaming Dangerous Liaisons on Starz or not.