Get ready for another journey with Jean Smart and Hannah Einbinder in Hacks Season 2.

Yes! You read it correctly; the much-anticipated sequel to the HBO Max comedy series will return this year. We can see that the fans are ecstatic to hear this news and can’t wait to get back into the series. Before the premiere of Hacks Season 2, we have listed all the essential details for you to recap.

The show was definitely one of the best-ranking tv series of 2021, with outstanding viewership records, critical acclaim, and plenty of laughs as the series progressed with each episode. It was developed by W. Downs, Lucia Aniello, and Jen Statsky.

Everything you need to know about Hacks Season 2 is right here.

Will there be Season 2 of Hacks?

Yes. Hacks, HBO’s hit comedy series, has been renewed for a second season, which will air exclusively on HBO Max. Lucia Aniello, Paul W. Downs, and Jen Statsky produced this American comedy-drama streaming television series, which aired on HBO Max on May 13, 2021.

Check out the official announcement here:

Time to test out some new material. #HacksOnHBOMax returns May 12. pic.twitter.com/AWzEAcgm8X

Take a look at some of the fan’s reactions:

the way i'm about to make hacks season 2 my entire personality pic.twitter.com/ieAnNIPQ2L

Me: *is having a shitty day*

Me: *is now having a great day*

Hacks Season 2 is set to premiere on May 12, 2022. So, prepare yourself and mark the date on your calendar!

How many episodes will be there in Hacks Season 2?

Season 1 consists of 10 episodes, lasting 25 to 35 minutes. However, no official statement has been made regarding the probable number of episodes in Hacks Season 2.

According to Variety, the second season will include 8 episodes, which is less than the first season. It should be noted that the titles of these episodes have not yet been announced.So, we recommend that fans wait patiently for any such updates because the series is less than a month away from its launch, and more information will be revealed in the following weeks.

Where to watch Hacks Season 2?

Hacks Season 2 will be available to stream exclusively on HBO Max with an exclusive membership account. To view the different genres of shows offered on the platform, users must purchase a membership based on their preferences.

Viewers in other continents who do not have HBO Max in their region yet should keep a lookout for any updates that will be announced shortly so that they may watch the forthcoming season. Other streaming providers that are now presenting HBO Max shows include Disney+.

On the other hand, the first season is now accessible on Prime Video in the UK, where HBO Max is unavailable, but it is unknown when Hacks Season 2 will be available.

However, it has been announced that Hacks Season 2 would launch two episodes on HBO Max on May 12, with two more episodes published every week until June 2.

The first season of Hacks paired Deborah Vance and Ava Daniels, who were attempting to rescue their budding comedic careers. Season 2 of Hacks will continue to investigate their chemistry as they take their show on the road.

The following is the official summary:

The prominent cast members include:

The recurring cast members include:

Some of the guest appearances include:

Which cast members are returning for Hacks Season 2?

As for now, it is reported that all the original cast members of season 1 will be making a return in the upcoming season. Some of the listed cast members coming back for Hacks Season 2 include:

Are there any new cast members included in Hacks Season 2?

Yes. In the forthcoming season, some new faces will be featured. Laurie Metcalf, Martha Kelly, Ming-Na Wen, and Susie Essman have joined the ensemble as new regulars. Margaret Cho and Devon Sawa are set to appear as guests. More information about their characters will be released as the premiere date approaches.

We have listed down the critical points to refresh your memory. If you need a reminder of what occurred in Hacks Season 1, Take a look below:

Deborah Vance is a comedic icon who has a soon-to-be-record-breaking residency doing stand-up in Las Vegas at the start of Hacks.

Deborah’s agency links her with another of his clients, the down-on-her-luck, entitled comedy writer Ava, to revitalize her career.

Ava also has the opportunity to meet more of Deborah’s close group.

Her career nearly imploded due to a botched tweet; she still has affection for her ex-girlfriend, and her father is battling health concerns.

Deborah’s final residency performance, where she hopes to showcase the new act she and Ava have crafted, brings everything to a climax.

Meanwhile, Ava receives an interview to be a writer for a new TV show, which she conceals from Deborah.

Deborah declares that she will not participate in their new performance.

Ava dismisses her as a “hack” and returns to Boston to care for her ill father, who ultimately dies.

She informs Ava that she did do their performance, but it failed miserably.

The two set out with this aim in mind, but as the season comes to a close, Ava is reminded of one thing: in her rage after resigning, she submitted a pile of material about Deborah to the TV show writers.

The overall reception of the series

Rotten Tomatoes reports a 100 percent approval rating for the series based on 53 critic reviews, with an average rating of 8.40/10. According to the website’s commentators,

“A prickling debut that pulls few punches, Hacks deftly balances its sharp critiques of the comedy world with more intimate moments, all the while giving the incomparable Jean Smart a role worthy of her talents – and an excellent partner in Hannah Einbinder.”

Based on 21 reviews, Metacritic generated a weighted average score of 81 out of 100, signifying “universal acclaim.”

Take a look at the official poster of Hacks Season 2: 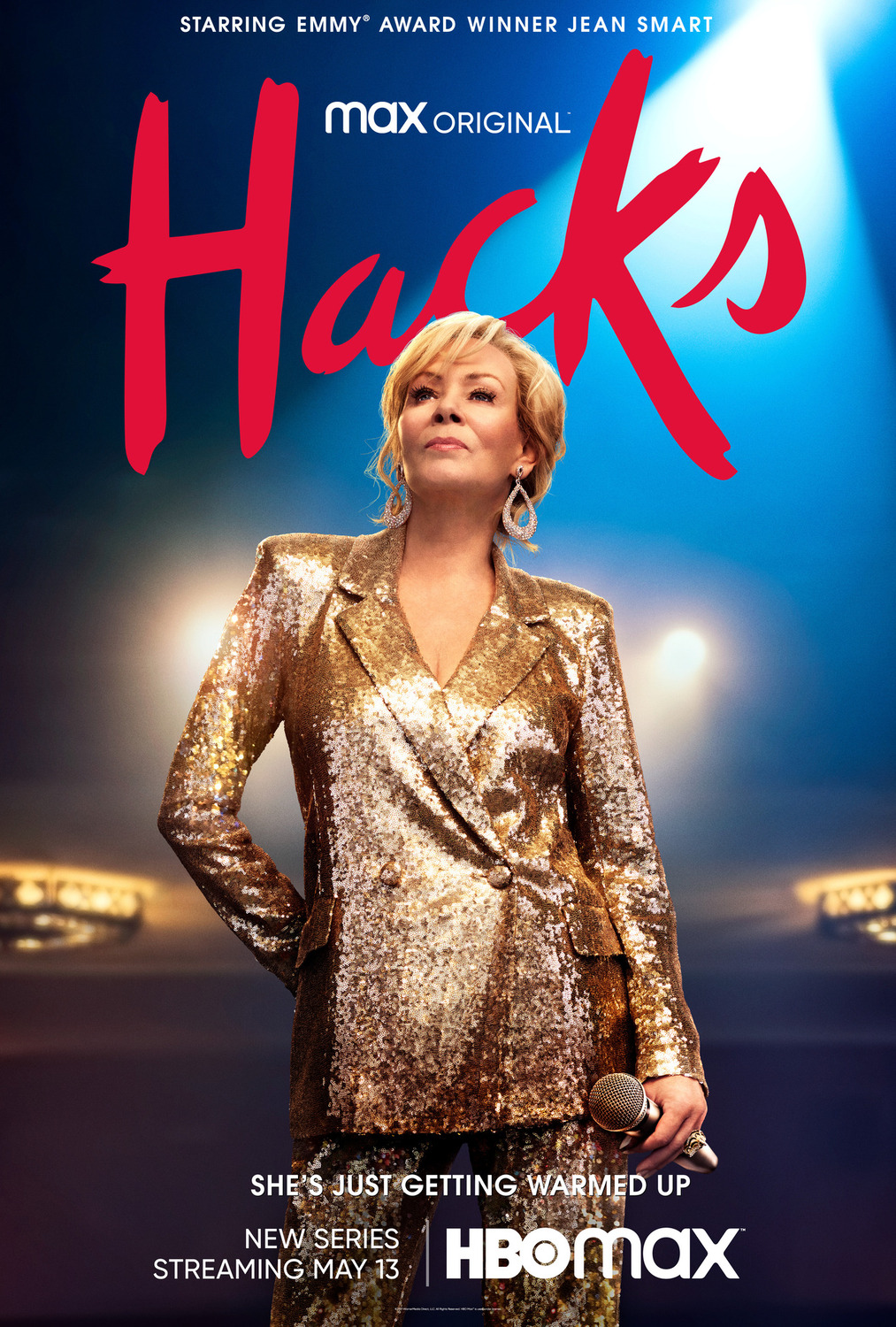 The fans were expecting the teaser to be released soon, and they were correct since HBO Max released an exclusive teaser for fans to enjoy for the time being. Take a peek at the following teaser: