Is Hellraiser all set to premiere this year on Hulu or not? Continue reading to find out.

It is always great to see new versions of previously used material being adapted into series or movies. And now, with the availability of various streaming platforms, these adaptations can find a home rather quickly for streaming for the targeted audience and have the necessary resources to produce the best work in no time.

In recent years, we have observed that Hulu’s catalog is one of the best, which competes with some of the major competitors, like Netflix, Disney+, and Apple TV+, and they do an outstanding job of maintaining relevance with important subject themes and characters that viewers want to explore. One of the most talked-about films for 2022 is Hellraiser.

It is one of the most recent additions that has gotten a lot of attention in recent months. Moreover, the recently released new teaser for the film has also caught fans’ interest and increased their excitement for the film, as there appears to be more than what the trailer is attempting to convey. According to reports, Hellraiser is a forthcoming American supernatural horror film directed by David Bruckner and based on a script co-written by Ben Collins, Luke Piotrowski, and David S. Goyer.

Intended to serve as a new adaptation of the 1986 novella The Hellbound Heart by Clive Barker, which served as the basis for Barker’s 1987 film Hellraiser, it is a reboot of the titular franchise and the eleventh installment overall. We’ve put together a concise summary of all the details you need to know about the release date, plot, and cast so that you may get a head start and be prepared before the film is available to stream on Hulu.

Here is everything we know about Hellraiser.

The film was green-lit in early 2019, with Bruckner directing it from a script written by Collins and Piotrowski that will adhere more closely to the source material than the original film.  Filming took place in September and October of 2021. Goyer revealed in September 2021 that the production crew was “in the thick of” filming, confirming that principal photography had begun.

The network has officially confirmed that Hellraiser is set to have its world premiere at Beyond Fest in Santa Monica, California, on October 4, 2022. The film is scheduled to be released by Disney Platform Distribution via streaming exclusively on Hulu as a Hulu original film on October 7, 2022. The official Twitter handle of Hulu also confirmed the news by sharing the official release date with the trailer, quoting, “Unlock your fears. #Hellraiser streams October 7.” Take a look at the official post below:

According to Disney Platform Distribution, the film follows, “A young woman struggling with addiction comes into possession of an ancient puzzle box, unaware that its purpose is to summon the Cenobites, a group of sadistic supernatural beings from another dimension.”

In the trailer, Pinhead wrecks havoc on Riley, a young woman played by Odessa A’zion. Riley is struggling with addiction until she discovers an ancient puzzle box whose sole function is to call Cenobites vicious supernatural monsters who come to Earth from another realm.

Doug Bradley played the commander of the Cenobites in the first 1987 film, and he was only named Pinhead in the following sequels. The “Hellraiser” franchise has covered four theatrical pictures, six direct-to-video features, and numerous comic books.

Hellraiser: Where to stream the film?

The film is scheduled to be released in the United States by Disney Platform Distribution via streaming exclusively on Hulu on October 7, 2022, as a Hulu original film. The film will also debut on Disney+ in certain territories.

Moreover, when released, you can watch Hellraiser exclusively on Hulu. The viewers can buy a subscription plan according to their preference which allows viewers to watch new series or movies based on location when the episode airs worldwide. Moreover, take a look at the official poster below: 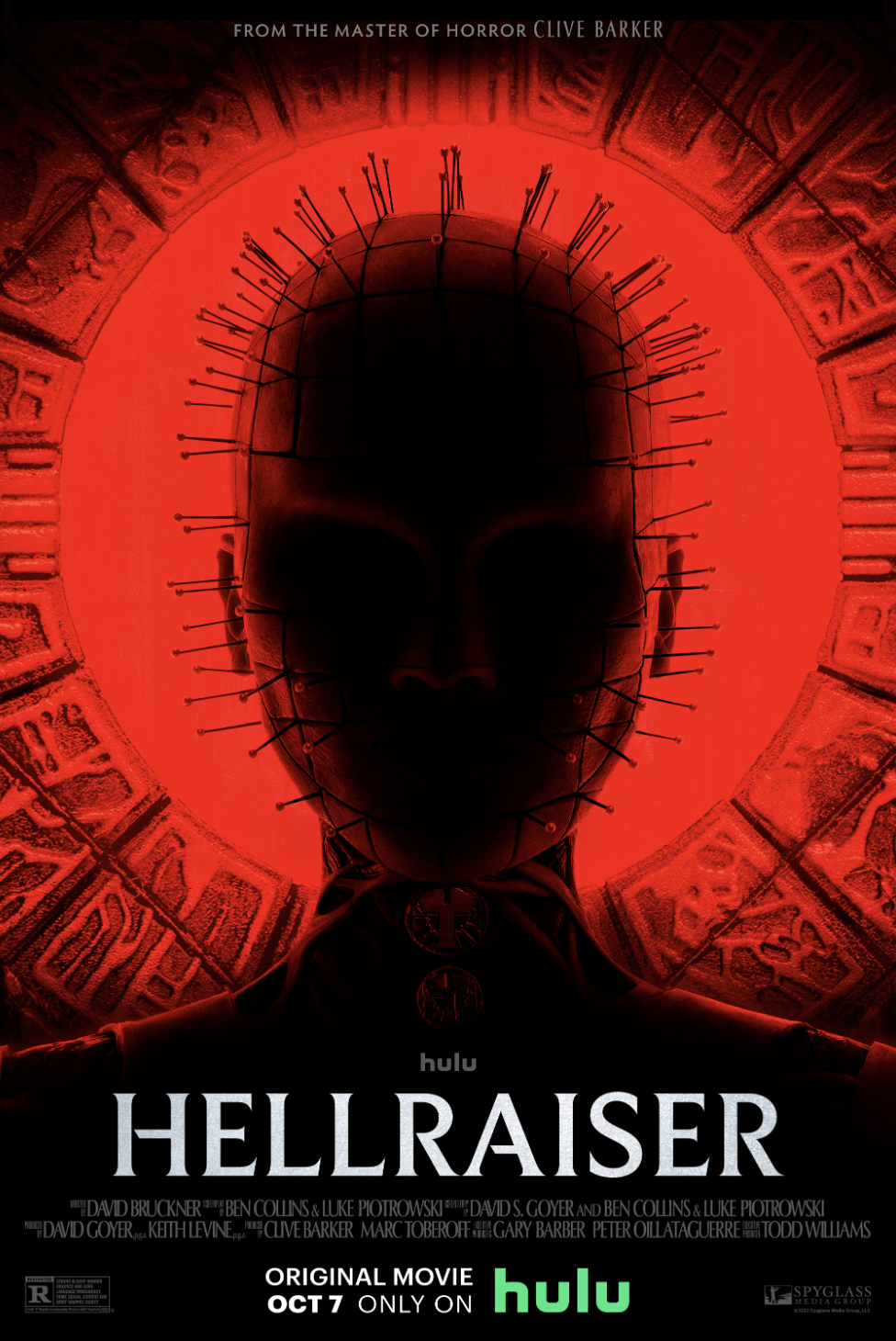 According to Hulu, the official synopsis states, “A take on Clive Barker’s 1987 horror classic where a young woman struggling with addiction comes into possession of an ancient puzzle box, unaware that its purpose is to summon the Cenobites, a group of sadistic supernatural beings from another dimension.”

Let us know in the comments if you will be streaming Hellraiser next month or not.