Is Reasonable Doubt all set to premiere in September on Hulu? Continue reading to find out.

Hulu has given us a lot of fresh stuff this year, especially in September, and it does not appear to be slowing down anytime soon, as the following month is full of surprises, with exclusive TV shows and movies all slated to release in a few weeks.

Hulu’s catalog competes with some of the major competitors, including Disney+ and Apple TV+, and they are doing an excellent job of keeping up with fresh topics and characters that are meaningful to consumers. Reasonable Doubt is one of the newest entries that has received a lot of attention in recent months.

The basic premise of the series simply reflects the story of Charlie Stewart: the most brilliant and fearless defense attorney in Los Angeles who bucks the justice system at every chance she gets. There seems to be more than what the trailer is trying to convey to the viewers. We’ve put together a concise summary of all the details you need to know about the release date, plot, and cast so that you may get a head start and be prepared before the series airs.

Here is everything we know about Hulu’s Reasonable Doubt.

The network has officially confirmed that Reasonable Doubt is set to premiere on Tuesday, September 27, 2022, with the following episodes expected to drop on a weekly basis. The official Twitter handle of Reasonable Doubt also confirmed the news by sharing the official release date, quoting, “The truth belongs to those who twist it. #ReasonableDoubtHulu premieres Sept. 27 on Hulu.” Take a look at the official post below:

The truth belongs to those who twist it. #ReasonableDoubtHulu premieres Sept. 27 on Hulu.

The official press release by Hulu states, “You’ll judge Jax Stewart for her questionable ethics and wild interpretations of the law…until you’re the one in trouble. Then you’ll see her for what she is: the most brilliant and fearless defense attorney in Los Angeles who bucks the justice system at every chance she gets.”

The main cast members of the series, along with their respective character descriptions, are as follows:

Michael Ealy will play Damon: Giving OG prison bae vibes, Damon isn’t someone you should look at too long unless you are trying to get into trouble. Complex, smart, and troubled, Damon is a former client of Jax’s who’s been in prison for sixteen years for a murder he didn’t commit.

TJ Mixson will portray Spenser: A full-on teenager, complete with lots of eye rolling and attitude, Spenser is the son of Jax and Lewis. Spenser makes it clear that he prefers to spend time with his dad (a video game designer) instead of his mom.

Aderinsola Olabode will play Naima, the daughter of Jax and Lewis: A sweet, loving Naima hasn’t hit the teenage years yet, unlike her 13-year-old brother, Spenser, and she’s still an obedient, loving child to both her parents.

Paulett Washington recurs as Mama Lu: Mama Lu keeps it real about everyone and everything (unless it’s about her own mistakes). Jax’s mother, Mama Lu, is opinionated and a little overbearing. She loves Jax, and she also loves Jax’s husband, Lewis. She makes it clear she thinks that Jax should work less and spend more time with her husband.

Sean Patrick Thomas is Brayden Mitchell: Rich, sexy, stylish, entitled, and savvy, but don’t let that fool you: underneath that is a brother from Southeast D.C. whose bite is actually worse than his bark. Brayden comes in as a client at Jax’s firm and immediately rubs her the wrong way.

Fox plays Theo James: Brayden Mitchell’s CFO, a warm and genuine individual who is dismayed at all the controversy surrounding his boss, but also a man whose loyalty would make him cross some questionable boundaries.

Perri Camper portrays Kaleesha Moore: Smart and confident, Kaleesha can fit into any room she steps into. Kaleesha is an Executive Vice President at Brayden Mitchell’s company.

Nefetari Spencer is Sally: A straight-talking, good-humored doctor. Sally is the “ride or die” friend among Jax’s group of close women friends.

Tiffany Yvonne Cox plays Autumn: The listener and caretaker of Jax’s friends. Autumn is happily married to her wife and has considered herself Jax’s best friend since tenth grade.

Shannon Kane portrays Shanelle: The quiet “judged” of Jax’s group of close friends. Shanelle and Jax have a complicated history that often puts them at odds.

Victor Rasuk plays Mike Llanas: An overzealous D.A., a man who lives and dies for his work. He and Jax went to law school together and have a history as rivals.

Christopher Cassarino will play Rich: An attorney at the same firm where Jax works, dealing mostly with contracts and litigation. He clashes with Jax during a huge case during the season.

Brooke Lyons portrays Sarah: The wife of multi-millionaire Braydon Mitchell. Sarah is well-educated and gave up everything to support her husband.

Eugene Byrd plays CJ: Damon’s brother, who feels betrayed when Damon questions him about conducting other business at the auto shop while Damon was in jail.

Raamla Mohamed leads the show’s all-Black writers’ room and executive produces alongside Kerry Washington and Pilar Savone for Simpson Street and Larry Wilmore via Wilmore Films. Washington also directs the first episode. The series is the first scripted drama from Onyx Collective and is produced by ABC Signature, a part of Disney Television Studios.

According to IMDb, the upcoming series has a total of 10 episodes, and the episode titles give a little insight into the plot. Here we have compiled a complete episode guide for you to understand the order below:

We’d also like to point out that, as of September 9, 2022, the exact titles and numbers for the episodes cannot be confirmed. As the network will publish those details when the episodes are due to air on the streaming service. So, we would advise fans to be patient while waiting for these updates, which will be issued in the coming weeks.

Where to stream Reasonable Doubt?

When released, you can watch Reasonable Doubt exclusively on Hulu. The viewers can buy a subscription plan according to their preference which allows viewers to watch new episodes based on location when the episode airs worldwide. Moreover, take a look at the official poster below: 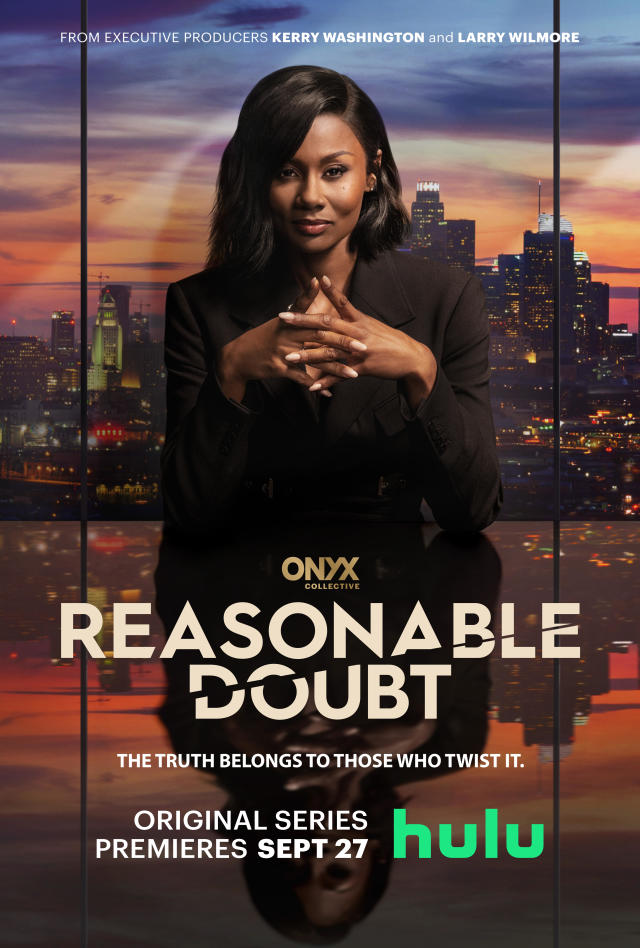 According to the press release, “Jax Stewart is known to be the most brilliant and fearless defense attorney in Los Angeles who bucks the justice system at every chance she gets; she’s judged for her questionable ethics and wild interpretations of the law until she’s needed.”

Let us know in the comments if you will be streaming Reasonable Doubt this month.