Is Reboot all set to premiere in September on Hulu? Continue reading to find out.

Reboot is an upcoming American comedy series created by Steven Levitan. The series is the newest addition to the Hulu catalog, which has gotten quite a lot of attention over the last few days as the premiere date draws closer. It will be part of the network’s fall season, along with other new series and movies that will debut this year.

If you intend to watch this new series on the platform and get a head start, we’ve put together a brief rundown of everything you need to know about the release date, plotline, and cast. Keep reading to learn more about Hulu’s Reboot.

The network has officially confirmed that Reboot is set to premiere on Tuesday, September 20, 2022, with the first three episodes, will be dropping on the same day. The series received a pilot order from Hulu on August 5, 2021, and a series order on January 11, 2022.

The official Twitter handle of Reboot also confirmed the news by sharing the official release date, quoting, “We’re back on set September 20. From the co-creator of @ModernFam, @SteveLevitan comes Reboot. Starring @KeeganMKey, @missjudygreer, @realjknoxville, @PaulReiser, Rachel Bloom, @CalumWorthy, and @kristamarieyu. September 20, only on Hulu. #RebootOnHulu” Take a look at the official post below:

According to Deadline, at TCA earlier this month, Reiser told reporters that “it’s really fun representing the old school. My character is walking into this cold. Maybe don’t do Eskimo jokes. That’s a really funny area to me. The generational thing is so clear. Here are young people and here is the old guard. These are struggles everybody has. I can’t say that? What can I say?”

The basic premise of the show follows, Reboot is about the dysfunctional cast of the early 2000s hit sitcom, Step Right Up, who must face their unresolved issues and navigate social media cancel culture when a young writer pitches a reboot of their show. In addition to this, the official press release by Hulu also states, “Hulu reboots an early 2000’s family sitcom, forcing its dysfunctional cast back together. Now they must deal with their unresolved issues in today’s fast-changing world.”

The main cast members of the series are as follows:

The upcoming series has a total of 8 episodes, and the episode titles were released by Hulu, which gives a little insight into the plot. We’d also like to point out that, as of August 30, 2022, the exact titles and numbers for the episodes cannot be confirmed.

As the network will publish those details when the episodes are due to air on the streaming service. So, we would advise fans to be patient while waiting for these updates, which will be issued in the coming weeks.

The official trailer was released in August 2022 with the tagline, quote, “A dysfunctional cast is forced back together and must deal with their unresolved issues in today’s fast-changing world.” Take a look at the official trailer below:

Where to stream Reboot?

When released, you can watch Reboot exclusively on Hulu. The viewers can buy a subscription plan according to their preference which allows viewers to watch new episodes based on location when the episode airs worldwide. Moreover, take a look at the official poster below: 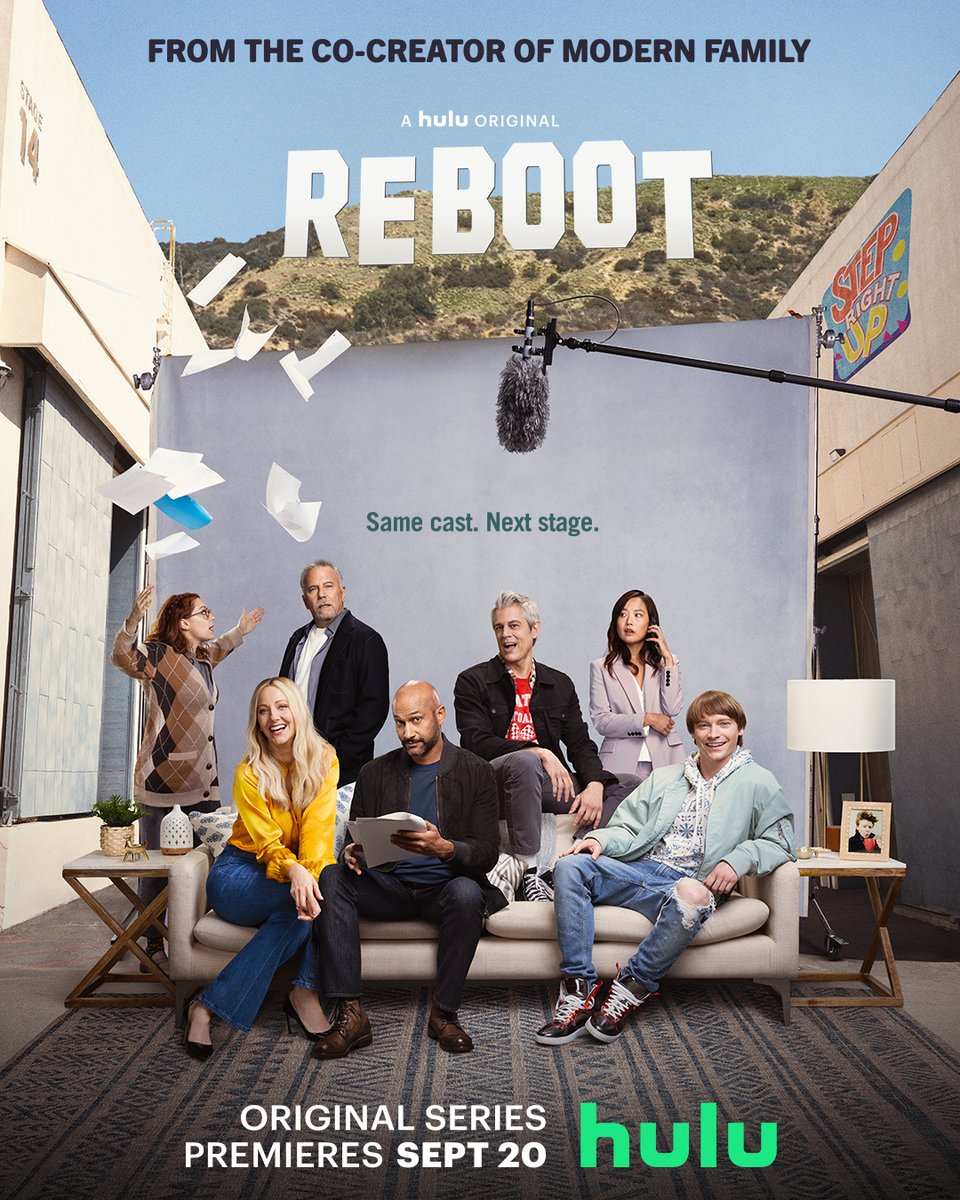 Let us know in the comments if you will be streaming Reboot on Hulu next month.