Kylie Jenner always manages to grab headlines and is most of the time the center of attention of the media and the fans alike. Recently, she posted an adorable picture of her boyfriend, Travis Scott along with the new baby boy, and daughter Stormi. The caption on the picture read – “Happy father’s day daddyyyyy we love you.”

The photo shows Travis lying in bed eating noodles as their baby boy rested on his chest while their 4-year-old daughter, Stormi Webster, can be seen taking a nap beside the duo. The newborn’s face was hidden by a cute heart emoji. Previously, she had shared pictures of his cute little hands and feet. Scott replied by leaving a string of hearts in the comment section.

With more than 4 million likes in only two hours, the post clearly prompted a strong reaction from Jenner’s fans. 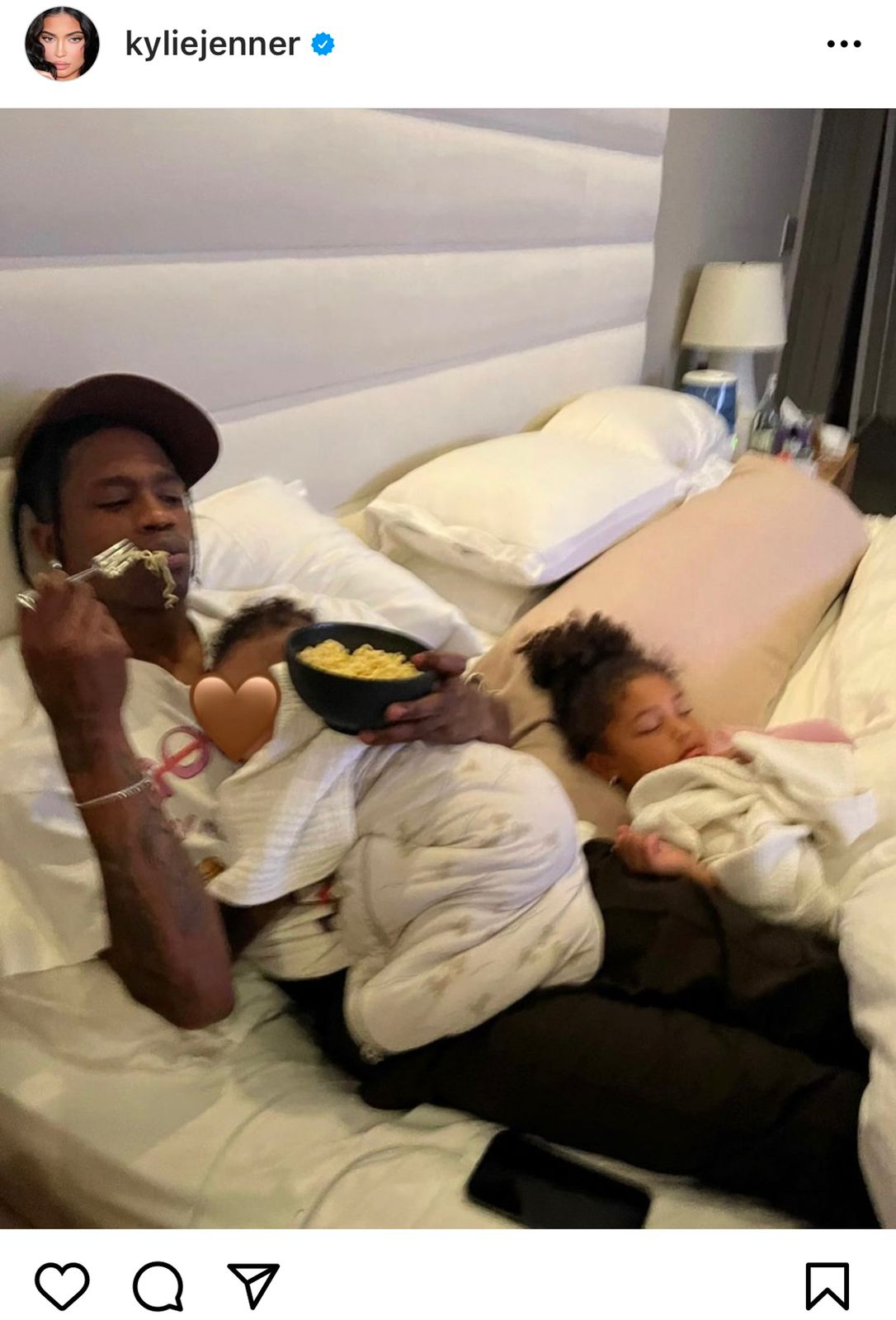 It has been more than 4 months since Kylie gave birth to the baby boy. He was born on Feb 2, 2022, a day after their four-year-old daughter’s birthday. Although they had originally given him the name Wolf, Kylie subsequently revealed that they were renaming him. The new name hasn’t been announced yet.

Besides the family picture, she also went on to share a picture of Travis and their son who still remains nameless to the world, wearing matching sneakers of Nike Air. 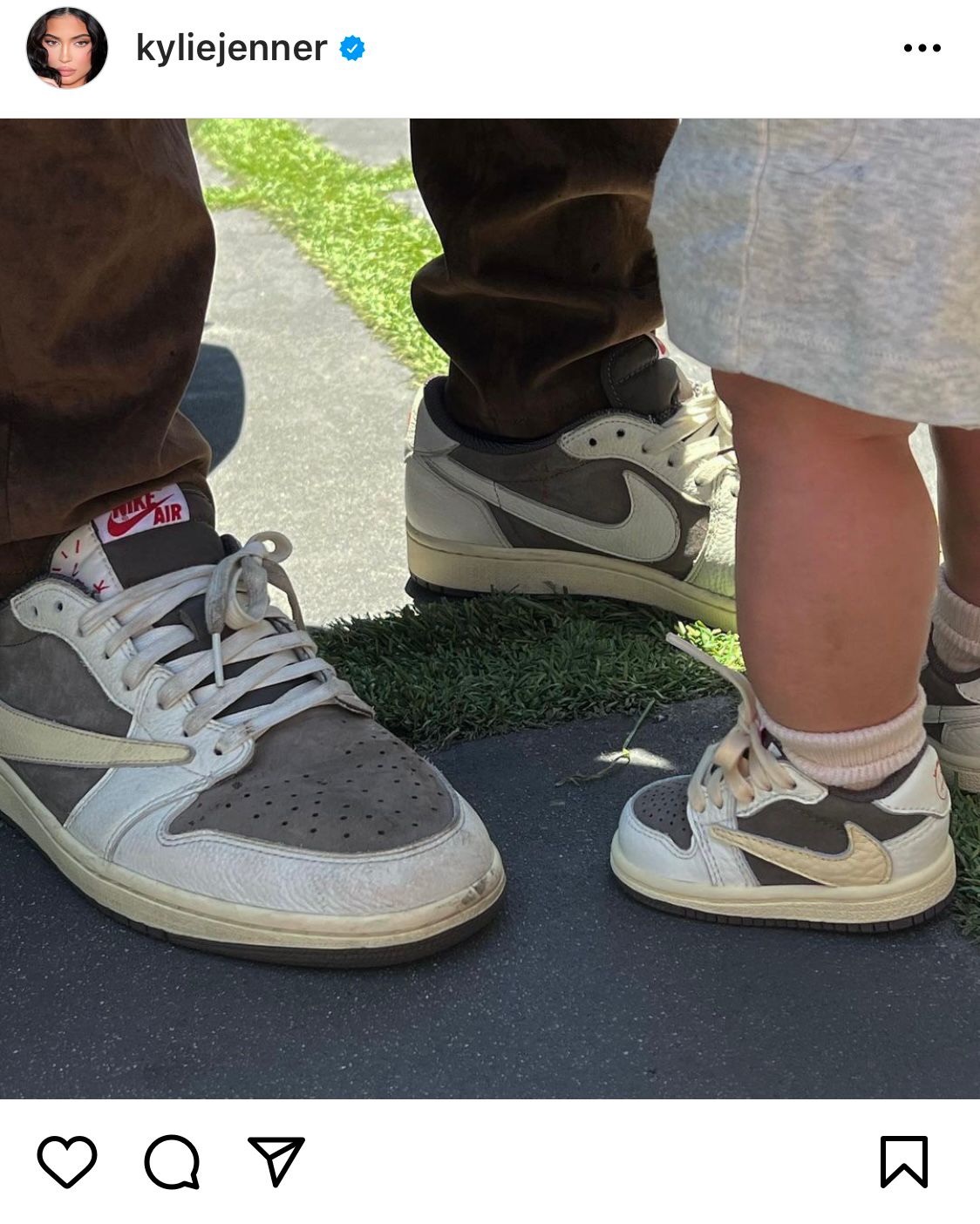 We just haven’t fully legally changed it or anything, so I don’t want to announce a new name and change it again,” the Kardashians star told Extra in April. “So, yeah, we’re just not ready to share a new name yet.”

Jenner has been keeping his son’s life private since the day he was born. But she has been speaking out loud about the difficulties she faced postpartum. She has recently started sharing updates on her fitness progress on Instagram, telling fans that she is still going to the gym four months after giving birth.

She wrote in a photo on a treadmill, “I have been battling with loads of back & knee pain this time so it slows down my exercises but I am on a mission to get strong again.” In an Instagram Story post from April, Jenner first provided followers a glimpse inside the weight gain and subsequent weight reduction she experienced with her second pregnancy.

The entrepreneur continued by saying she was “just trying to be healthy and patient,” adding that she had been experimenting with walking, pilates, and more exercise.