When will Kid Cudi’s Netflix Series, Entergalactic premiere? Here’s everything we know so far.

Entergalactic is an anticipated adult animated music television series based on American singer and actor Kid Cudi’s upcoming album of the same name. If you are a Kid Cudi fan, then this is a project that you should look forward to the most from the artist. Here we’ve put together a quick rundown of everything you need to know about the release date, plot, and cast, so you can get a head start and be prepared before the series airs on Netflix.

The official release date for Entergalactic has been revealed as the series will make its debut on September 30, 2022.  The dates were confirmed on a newly released video teaser. The official Instagram handle of Netflix also shared the update among the followers, quoting, “ENTERGALACTIC is coming September 30.” Take a look at the official post below:

Moreover, Kid Cudi also shared the clip along with a message about the series and expressed how grateful he is that the fans will finally be able to see his vision on their TV screens soon. He stated, “World… I have been waiting 3 long years for you all to see what I’ve been working on all this time. My greatest achievement. This project will move you, it will take your heart places and make you fall in love again.”

Further adding, “ I am so proud of every single person involved who helped bring my vision to life. From the animators but more specifically Fletch Moules, to the voice actors, my BEAUTIFUL team at Netflix: The mega-awesome cool guy Mike Moon and the ever so lovely and sweet Elizabeth Porter, everyone showed up with their A game and delivered. I LOVE YOU ALL!! Enjoy this first taste…the countdown begins !!!!!!” Take a look at the official post below:

He also said that the animated series would not be the only stuff available on Netflix on September 30, 2022, as he has been working on an original album with the same name as the series. It will serve as the official soundtrack and will be released on the same day as the show. He stated, New taste of #Entergalactic !! THE SHOW AND ALBUM WILL RELEASE SEPT 30TH !! LETS FUCKIN GO!!! @netflix.”

So it’s both surprising and exciting for fans to be delighted and look forward to, as the project so far looks wonderful and extremely captivating, which the fans always appreciate when he tries something new and explores things differently. Moreover, on June 10, the first original song created for the series, titled Do What I Want, was issued on streaming platforms. Listen to the song below: 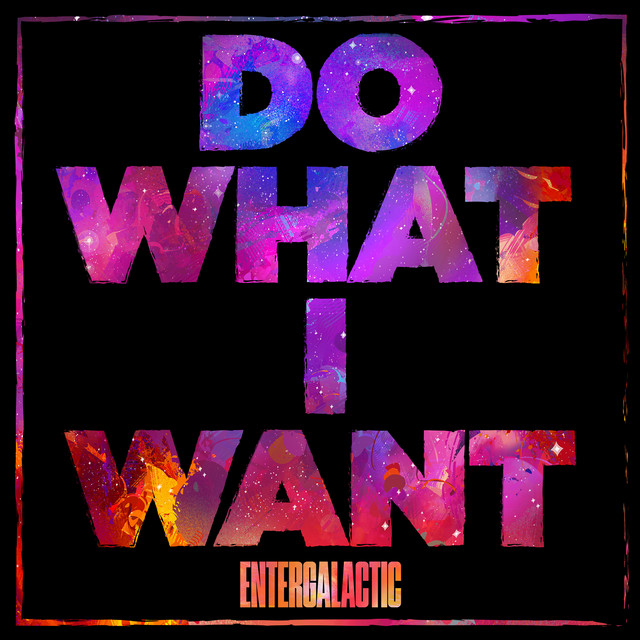 Take a look at some fan’s reactions

I'm so fucking excited. Cudi announced an 'Entergalactic' album ages ago and I'm just glad we're finally seeing it released along with a companion show! https://t.co/l67tAQeNp0

Cudi has been on a role recently. His features, singles, THE SONIC 2 SONG and now he’s got a full on animated show with NETFLIX and it looks stunning! I can’t wait #entergalactic pic.twitter.com/Nd0t7FHpLl

Ya'll dk how long I've been waiting for this, it's unreal

Oh yeah, this is already my favorite thing of 2022. 😍 #Entergalactic https://t.co/8WBwA6sJMt

According to Netflix Tudum, the official description of the series states, “The actor/rapper has teamed up with Black-ish creator Kenya Barris for a new animated project that blends notes of Spider-Man: Into the Spider-Verse and Insecure with new tracks from Kid Cudi’s new record, resulting in a singular look at the story of two young, ambitious artists falling in love.

Set in New York City, Entergalactic stars Scott “Kid Cudi” Mescudi as Jabari, a charming, streetwear-clad artist on the cusp of real success. After a chance run-in with his cool new photographer neighbor, Meadow (Love Life’s Jessica Williams), Jabari has to figure out whether he can make space for love in his life.”

The cast of Entergalactic is massive and amazing, with artists the viewers may be very familiar with. Moreover, Deadline highlighted the cast members along with their respective character names with full descriptions are as follows:

Scott “Kid Cudi” Mescudi as Jabari: A charming, creative visionary with a splash of a goofball, Jabari is effortlessly cool. Dressed head-to-toe in the holiest of streetwear grails, Jabari is just one of those kids you can’t help but love. At a first-time crossroads of career success and the perfect apartment, he is about to find the final piece of adulthood: true love.

Jessica Williams as Meadow: An on-the-rise photographer who is Jabari’s new neighbor, Meadow is not only the coolest girl at the party, she’s the most real.

Timothée Chalamet as Jimmy: Jimmy is Jabari’s best friend and… weed dealer, though with the new drug laws he’s now focusing on crypto and new inventions. An oxymoronic, laid-back conspiracy theorist, Jimmy is never without a blunt and a book.

Ty Dolla $ign as Ky: Jabari’s irreverent and, at times, inappropriate road dog. Ky is always there for Jabari, even though his support can sometimes come in interesting packages.

The other cast members of the series are as follows:

Christopher Abbott as Reed: A well-dressed shark with a heart and art dealer representing Meadow’s photography. Reed has the kind of chin that is sharp enough to cut glass but not strong enough to take a punch.

070 Shake as Nadia: Meadow’s associate from the art scene. Born and raised in New York City, Nadia is an in-your-face sculptor whose voice could only be drowned out by the brashness of her own work.

Jaden Smith as Jordan: An adolescent BMX superstar, Jordan’s talent earns a pass to kick it with Jabari and Jimmy. Jordan sees the dating landscape in New York City just a bit differently than Jabari.

Macaulay Culkin as Downtown Pat: The downtown legend and life-long, city-wide delinquent. Despite his gritty exterior, Pat has a very romantic heart and wise words to give.

Entergalactic is gonna be something really fucking special. Minds will melt. This cast?? The MUSIC?? Listen. U heard it here first. Remember this tweet. Stay tuned for more news in June! – Scott

The trailer highlights that the idea of the series is from the minds of Kid Cudi and Kenya Barris comes a story of two young artists navigating the twists and turns of finding love in New York City. Take a look at the official first look below:

Where to stream the series?

The episodes will only be accessible to watch on Netflix as it is an original animated series created for this streaming platform. When the series premieres on September 30, 2022, users can select from a wide range of membership plans, renew their subscriptions, and enjoy this animated series without any delay.

The official synopsis of the series, according to the Netflix press release, states, “Scott “Kid Cudi” Mescudi and Kenya Barris join forces to present Entergalactic, an original, animated story about a young artist named Jabari – voiced by Mescudi – as he attempts to balance love and success. Finding the latter brings Jabari a step closer to the former, when moving into his dream apartment introduces him to his new neighbor, photographer it-girl, Meadow – voiced by Jessica Williams. An explosion of art, music, and fashion, Entergalactic takes place in the only city that can handle all three: New York.”

Take a look at some exclusive stills from the series

Let us know what you think of the trailer while you wait for more updates on Entergalactic.