Ozark Season 4 Part 2: Everything you need to know

Catch up on all the latest updates of Ozark Season 4 Part 2 before its premiere.

“I’m So Sorry For Your Loss, But I Am Going To Ask You To Leave.” Shooing a widower away from a funeral house is dark even for a money launderer like Marty, with a side business such as running a funeral home.

Crime dramas, with the involvement of drug cartels, money laundering, crime families, and mafia, who doesn’t like it. The thrill, the crime, the adrenaline rush, or the underlying fear of losing one’s life, there’s clearly something that makes the audience stay hooked to such stories. And especially when the show is something like Ozark.

Ozark follows Marty Byrde, a financial advisor turned money launderer whose last operation was an utter failure. He hatches up an operation in the Ozark region of Missouri to compensate for the busted plan. He moves with his family to Osage Beach in the Lake of the Ozark region, where he comes in contact with multiple crime families like Langmore, Snell, and the Kansas City Mafia. 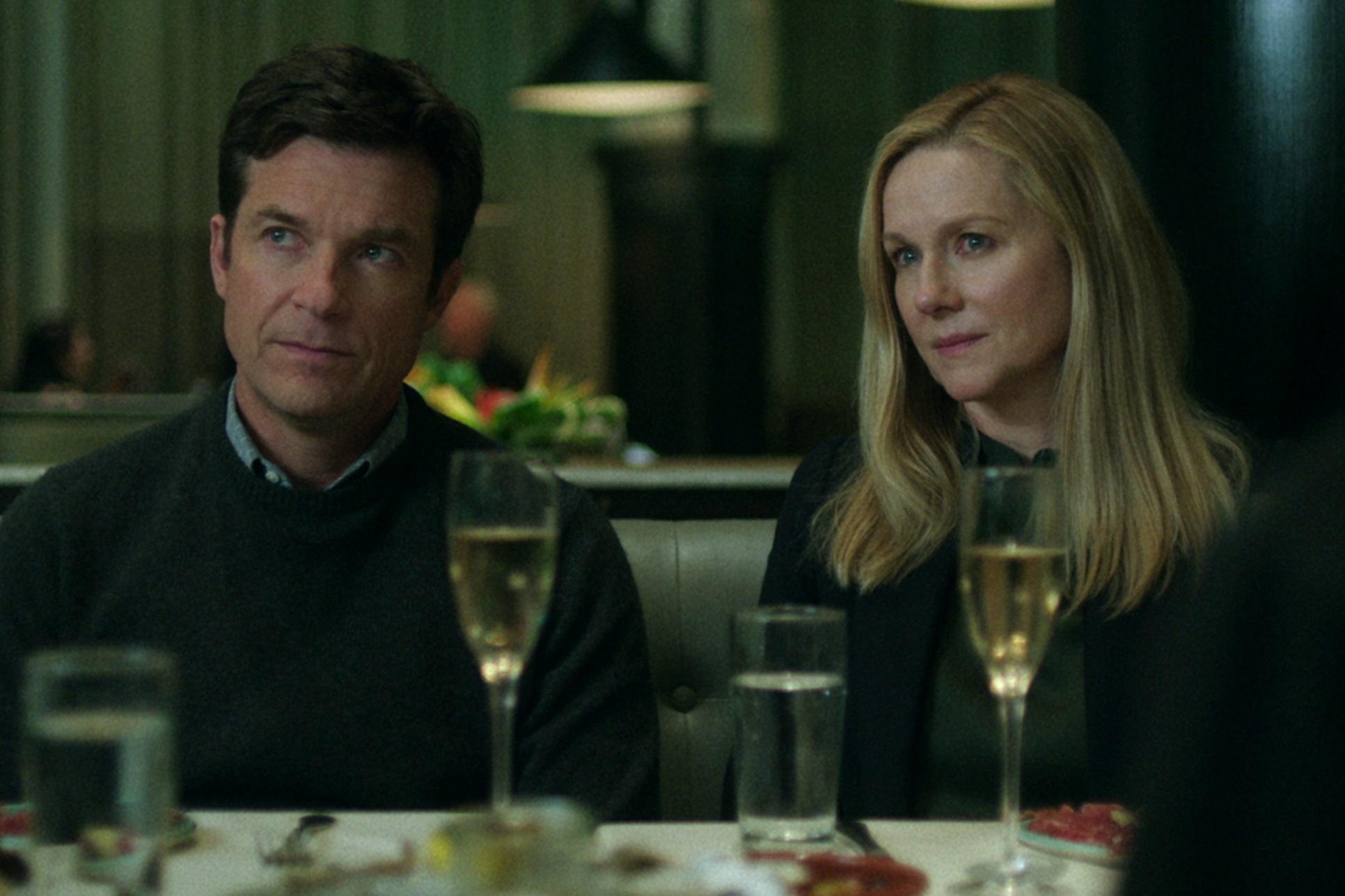 With the Ozark Season 4 Part 2 being around the corner, here’s everything we know about it:

The trailer of Ozark Season 4 Part 2 was released on March 29, 2022, by Netflix, and it is as intense as ever. It shows a very different dynamic between Marty and Wendy, where Marty seems to be the one in an emotional and psychological dilemma, and Wendy with her intentions of not losing being very clear.

By the fourth season, Marty and Wendy are the biggest money launderers in America for Omar Navarro and his drug cartel, especially now when Helen is no more in the picture. However, it seems like Marty’s confidence is shaking, and he doesn’t feel the way he was at the start of his elaborate plans. With the last horrifying bloodshed and Langmore’s family gone, he finds himself questioning his very self, much to Wendy’s exasperation.

The cast ensemble which will reprise their roles in the last season of the series is as follows:

Apart from them, there is a bunch of actors that have joined the series in the last season itself and were announced by Netflix via a tweet. Those are:

How many episodes are there in Ozark Season 4?

As per the announcement by Netflix, 14 episodes are scheduled for the fourth season. Seven of them were released back in January this year, and the rest seven are set to be released as Ozark Season 4 Part 2. The episode format changed after the third season, before which all the seasons had 10 episodes each.

Will there be Season 5 of Ozark?

Bad news for the fans, Ozark will be wrapping up after the fourth season, and it was clearly stated in a tweet by Netflix a long time ago.

They're going to go out with a bang.

Ozark will be back with an expanded 14-episode final season. pic.twitter.com/otIoUeTXyH

Why isn’t Ozark being renewed for a fifth season?

According to what we think, this is the best time to wrap it up without making it feel like it’s being unnecessarily stretched. Till now it has been perfectly laid out, and no matter how much following a story gets, it can’t go on forever.