Is Ramy Season 3 premiering in September 2022?

Is Ramy Season 3 coming to Hulu this September? Continue reading to find out.

Ramy Season 3 of the Hulu series was announced in July 2020. With review aggregator in Rotten Tomatoes, the series holds an approval rating of 97% based on 37 reviews, with an average rating of 8.2/10. The website’s critical consensus reads, “An insightful and hilarious glimpse into the life of a Muslim American family, Ramy perfectly articulates the precarious nature and nuances of identity and announces Ramy Youssef as a talent to watch.” On Metacritic, it has a weighted average score of 87 out of 100, based on 18 critics, indicating “universal acclaim.”

Hence, it is not a surprise as it was an easy decision for the network to continue the tale for another season. Since the announcement, the fans have wondered about the official release date and other crucial details like the plot and cast of the most anticipated third season. So, if you are one of them who wants to get clarity about these new updates, then look no further! as we’ve compiled all of the relevant information on Ramy Season 3′s release date to remove all your worries.

To uncover all of your answers, keep reading until the very end.

The network has officially confirmed that the series will return this year as it is one of the most talked-about shows on Hulu. It will premiere new episodes on Friday, September 30, 2022. The official Twitter handle of Hulu also shared the update among its followers on  September 14, 2022, quoting, “Beware false profits. #Ramy season 3 premieres September 30.” Take a look at the official post below:

The show’s comeback chronicles the character’s journey of self-discovery as an Egyptian-American millennial who questions his Muslim religion and the presence of God. He abandons his spiritual path in favor of focusing on his and his uncle’s diamond business.

In the official logline or synopsis for the third season, Ramy Youssef did tell Entertainment Weekly about the journey he wants to take Ramy on in season 3, stating that Ramy will really be dealing with who he is in a much clearer way than we’ve ever seen, and having to understand what his actual connection to his faith is. It’s almost like Ramy’s been using his faith as a crutch, and I’m ready to see him deconstruct that and connect in more genuine ways.

Ramy could love Amani, but he’d have to take apart a bunch of things to understand that he really does love her — and it’s the same thing with his faith. He’s still doing this egocentric performance of it. He really does mean well, and I will never take that away from him, but he needs to realize that that’s not enough.

The main cast members of the series who are expected to return for the third season are as follows with their respective character descriptions:

Ramy Youssef as Ramy Hassan: The protagonist of the series. He is a millennial American Muslim who grapples with his faith and lifestyle, to the judgment of his friends and family.

Mohammed Amer as Mo: Ramy’s friend who owns a diner.

Dave Merheje as Ahmed: Ramy’s friend and a doctor.

May Calamawy as Dena Hassan: The sister of Ramy. Although she is a graduate student, Dena is frustrated that her actions and behavior are still restricted by her overprotective parents. This causes her to regularly critique the double standards she and Ramy are judged against.

Laith Nakli as Uncle Naseem: The boisterous uncle of Ramy and Dena. He owns a jewelry business, where he employs Ramy after his firing from a startup.

Moreover, Bella Hadid has been cast as Lena, who is a guest star for this upcoming season. Hadid’s character is revealed to be the new girlfriend of Ramy’s buddy Steve (Steve Way), who he met on the dating app Muslim Match.

Ramy is written, directed, executive-produced, and created by star Ramy Youssef. Other executive producers include Adel Kamal, A24, Christopher Storer, Tyson Bidner, Amir Sulaiman, Jerrod Carmichael, co-creators Ari Katcher, and Ryan Welch, as well as Kate Thulin. The series is produced by A24.

The next season is expected to consist of 10 episodes, just like the prior two seasons, each lasting approximately 23–43 minutes. The number of episodes varies from season to season, which will be confirmed to the viewers once the season starts to premiere on the streaming platform. Furthermore, as of September 15, 2022, the network has not revealed the exact episode titles and synopsis, which will be released once the premiere date approaches.

The trailer was released on September 14, 2022, with the tagline stating, “Caught between a religious Muslim community who believes life is a moral test and a millennial generation that doubts an afterlife exists, Ramy and his family navigate spirituality in their politically-divided New Jersey neighborhood.” Take a look at the official trailer below:

Where to stream Ramy Season 3?

When released, you can watch Ramy Season 3 along with the previous two seasons on Hulu. The viewers can buy a subscription plan according to their preference which allows viewers to watch new episodes based on location when the episode airs worldwide. In the meantime, take a look at the official poster below: 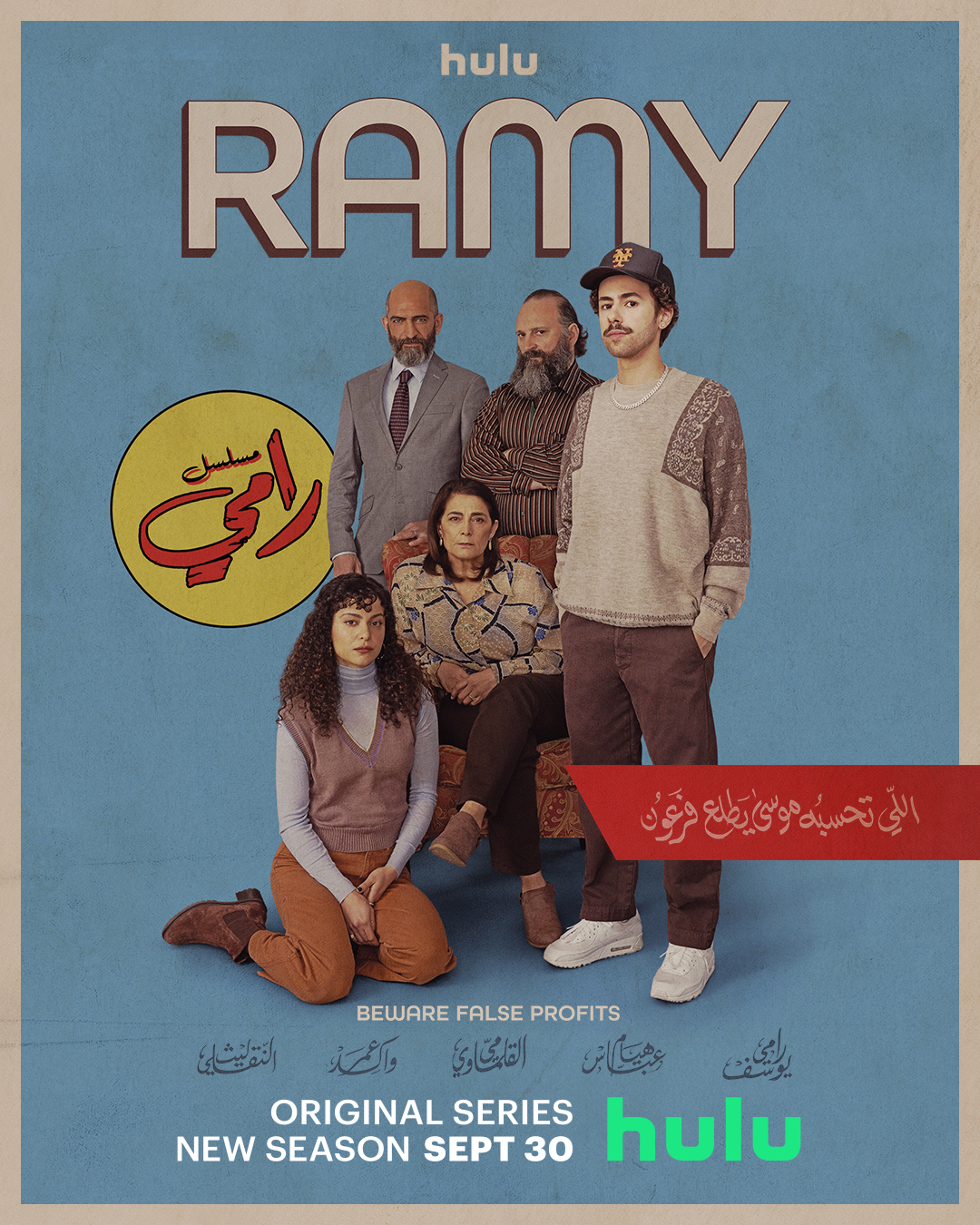 Ramy Season 2: What happened in the finale episode?

The final episode, You Are Naked in Front of Your Sheikh, was released on May 29, 2020. The episode is directed by Christopher Storer and written by Ramy Youssef & Rob Ulin. In the episode, the viewers got to see that it was Ramy and Zainab’s Katb Ktab, but Amani, Ramy’s old girlfriend and cousin arrived from Egypt to attend the ceremony, much to Ramy’s chagrin.

In a flashback, we learn that they split up in Cairo after Ramy refused to commit. Back in the present, they hook up after an awkward talk in a grocery store parking lot. The following day, Ramy performs the Katb Ktab, and Zainab loses her virginity to him. Ramy tells her about what happened the night before with Amani after their sexual experience.

Zainab, terrified, abandons him, and Ramy awakens the next morning to be faced by the Sheik, who excoriates him and tells him he can’t assist him. Ramy begs Amani to come with him and tells her that they’re meant to be, but she is horrified by his conduct and refuses. Ramy, heartbroken and alone, take Boomer the puppy to Dennis’ abandoned car and listens to his CD on how to be a Muslim.

Catch up on the previous seasons while you wait for more Ramy Season 3 updates.