Servant Season 4 is not coming in December 2022

Be careful what you wish for. Here is everything we know so far about Servant Season 4.

Attention fans! The wait is finally over because the anticipated fourth season of Servant is all set to premiere in a few weeks. It is no surprise that the show is returning for another season as the reviews indicate the show’s popularity along with the fairly good critical acclaim from the audience and critics. For the third season, Rotten Tomatoes reported a 92% approval rating with an average score of 6.7/10, based on 12 reviews. Metacritic assigned a score of 73 out of 100 based on four critics, indicating “generally favorable reviews.”

Moreover, the demand for the show among the fans is high, which can’t be denied as the viewers are eager to know and see more about these beloved characters, which deserves a proper conclusion after spending so much time to understand their arcs and plotlines. So, if you are one of those who want to get clarity about the potential release date, then look no further, as we’ve compiled all of the relevant information on Servant Season 4 and other crucial details. Continue reading until you reach the end to find all of your answers.

Servant Season 4: When will it premiere on Apple TV+?

Unfortunately, it was brought to our attention that Servant Season 4 wasn’t included in the list of new releases in December 2022. Viewers will have to wait a few days because the upcoming year is jam-packed with new shows. In December 2021, ahead of the third season premiere, the series was renewed for a ten-episode fourth and final season. Now it has been confirmed that the fourth and final season is set to premiere on Friday, January 13, 2023, at the same time slot of 3:00 am ET / 12:00 am PT.

The show will join additional acclaimed Apple Original series that have recently received renewals, including “Mythic Quest,” “Truth Be Told,” and “Invasion.” The official Twitter handle of Apple TV+ also shared the update among their followers, quoting, “It’s been a ride like no other. How will the journey end? The final season of @MNightShyamalan’s #Servant premieres January 13 on @appletvplus.” Take a look at the official post on the social media handle below:

It’s been a ride like no other. How will the journey end?

“Servant” follows a Philadelphia couple in mourning after an unspeakable tragedy creates a rift in their marriage and opens the door for a mysterious force to enter their home. Following its suspenseful season three finale, season four brings the final chapter of the Turner story to an epic and emotional conclusion. Leanne’s war with the Church of Lesser Saints heightens, threatening Spruce street, the city of Philadelphia, and beyond. Meanwhile, the shattered Turner family must not only confront the increasing threat of Leanne but the certain reality that Dorothy is waking up. As the Turner family brownstone continues to crumble, questions are finally answered: who is Leanne Grayson and who is the child in their home?

“Since the very first episode of Servant, audiences all over the world have loved buckling themselves in for this thrill ride, drawn into the cinematic, unsettling, twist-filled universe that M. Night Shyamalan has created,” said Matt Cherniss, head of programming for Apple TV+. Further adding, “With each suspense-filled season, viewers have been able to experience the living nightmares of these compelling characters on an increasingly deeper level and we can’t wait for everyone to see what’s in store as this gripping mystery takes another surprising turn in season four.”

The main cast members who are expected to reprise their roles for the final season are as follows: Lauren Ambrose as Dorothy Turner (née Pearce), Toby Kebbell as Sean Turner, Nell Tiger Free as Leanne Grayson, Rupert Grint as Julian Pearce, with new addition Sunita Mani and Alison Elliott as Aunt May Markhem. In addition to Shyamalan, the series is executive produced by Jason Blumenthal, Todd Black, Steve Tisch, Ashwin Rajan, and Taylor Latham.

This new season will consist of 10 episodes with a runtime of 25 to 36 minutes per episode, just like the prior seasons. It will debut with the first episode, followed by one new episode every Friday through March 17, 2023, on Apple TV+. The official title of the majority of the episodes has not been released as of December 27, 2022. Then, here is a brief episode guide to help you grasp the order and discover the plot, which will transpire into the upcoming episodes and expand the tale further to reach the best conclusion. 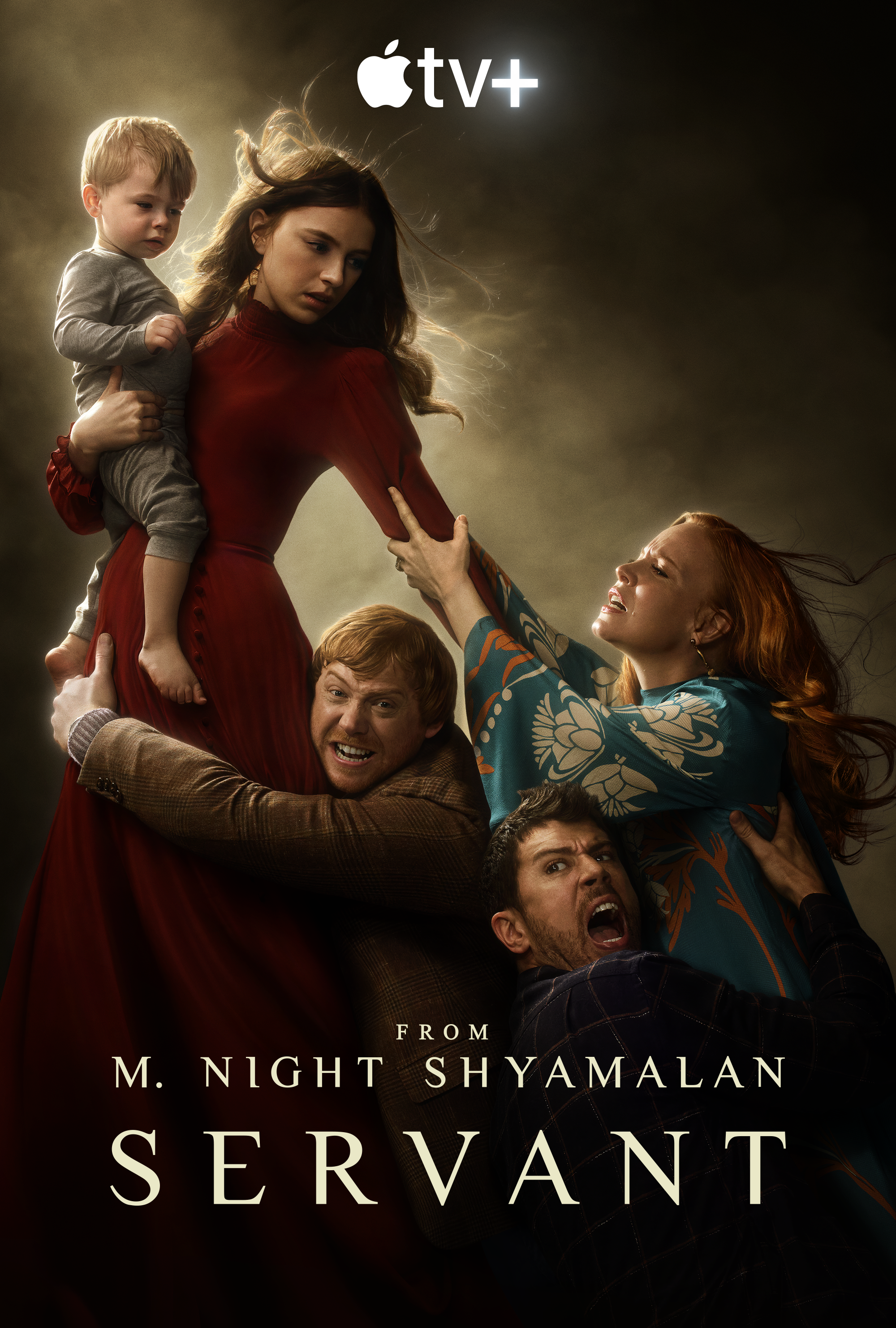 Let us know in the comments what you are looking forward to seeing in Servant Season 4.