When is Sharper premiering on Apple TV+? Continue reading to find out.

The wait is finally over, as Apple TV+ has finally released its next year’s schedule, which includes plans to launch new movies and series on the streaming platforms. One of them is Sharper, which will follow the main theme and reflect that nothing in New York is as it seems, which will be exciting to see being adapted for the screen. Hence, for you, we’ve compiled a quick rundown of everything you need to know about the official release date, plot, and cast, among other details, so you can get excited and be ready before the movie airs on the streaming service.

Here’s everything we know so far about Sharper.

When will Sharper premiere on Apple TV+?

Sharper is scheduled to be released in select theaters on February 10, 2023, and is scheduled to be released on Apple TV+ on February 17, 2023, the companies at the same time announced. It is expected to premiere at the time slot of 12 a.m. PT / 3 a.m. ET, which is the same premiere schedule as other shows and movies on the streaming service. In order to receive updates on when the movie premieres on Apple TV+, interested viewers can also enable notifications.

Sharper: What is the plot of the movie?

The official description of the movie as per Apple TV+ states, “Hailing from Apple Original Films and A24, “Sharper,” unfolds within the secrets of New York City, from the penthouses of Fifth Avenue to the shadowy corners of Queens. Motivations are suspect and expectations are turned upside down when nothing is as it seems.” It is based on a script written by Brian Gatewood and Alessandro Tanaka that was part of 2020 The Black List of screenplays that will not be released in theaters during this calendar year. Take a look at the official poster below: 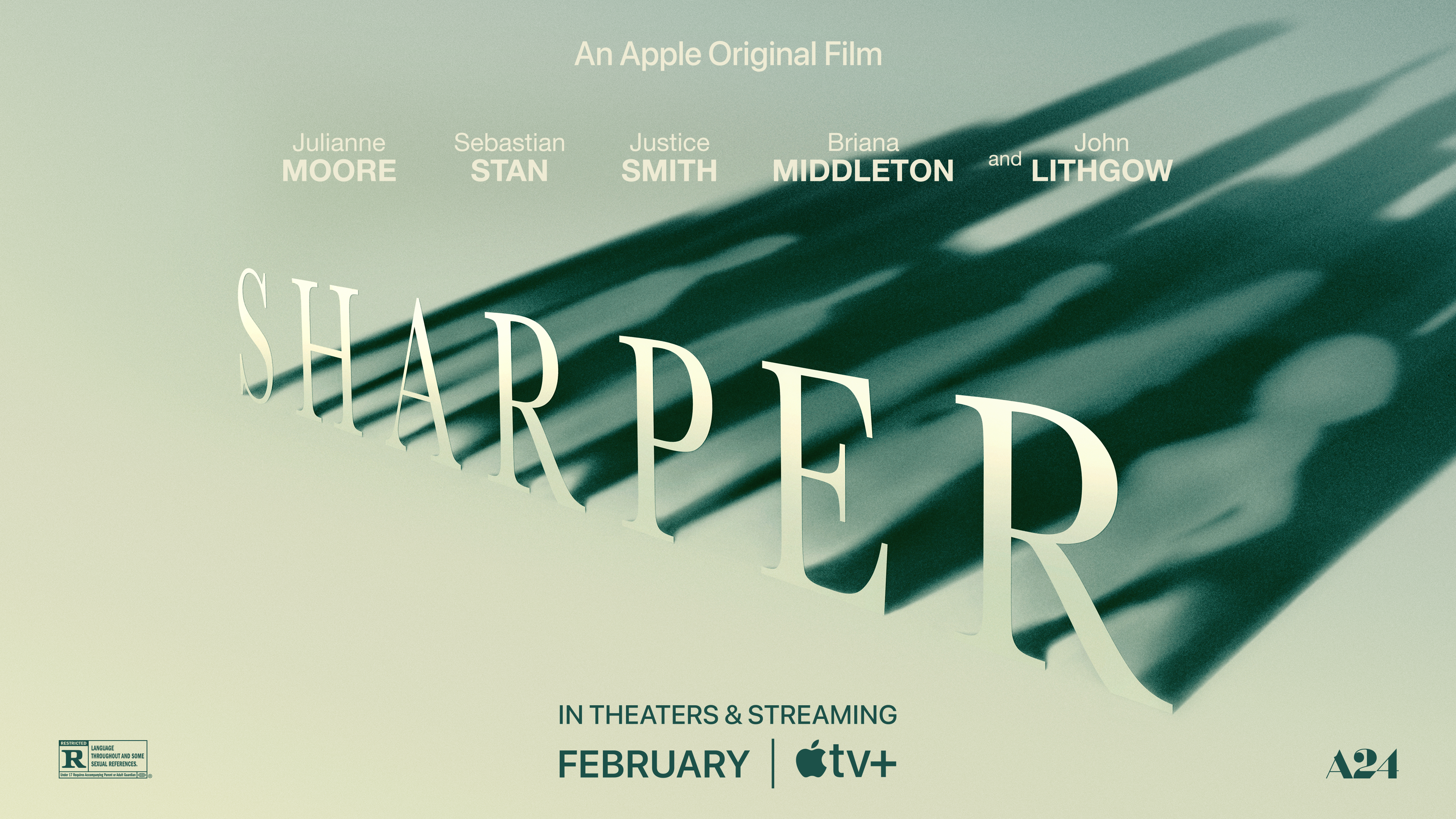 This upcoming American comedy thriller film is directed by Benjamin Caron from a screenplay by Brian Gatewood and Alessandro Tanaka. The main cast members of the movie are as follows Julianne Moore, Sebastian Stan as Max, Justice Smith as Tom, Briana Middleton as Sandra, and John Lithgow. The film is produced by Jessica Switch and Erik Feig of Picturestart along with Julianne Moore, Bart Freundlich, Brian Gatewood, and Alessandro Tanaka, and written by  Gatewood and Tanaka. Julia Hammer and Amy Herman serve as executive producers.

Sharper: Where to stream the movie?

Sharper is an exclusive movie created for Apple TV+, so it will be available to stream on this platform only. It offers premium, compelling drama and comedy series, feature films, groundbreaking documentaries, and kids and family entertainment, and is available to watch across all your favorite screens. After its launch on November 1, 2019, Apple TV+ became the first all-original streaming service to launch around the world.

It has premiered more original hits and received more award recognitions faster than any other streaming service in its debut. To date, Apple Original films, documentaries, and series have been honored with 280 wins and 1,201 awards nominations and counting, including this year’s Oscar Best Picture winner “CODA.” Hence, the movie will only be available to stream exclusively on Apple TV+ with a selection of membership tiers from which viewers can pick according to their preference.

The official teaser of 20 seconds of the film was released on November 3, 2022, which highlights the plot with a tagline stating, “Official Teaser – Sharper Coming this February.” Moreover, Apple Original Films & A24 have unveiled the first stills which are incorporated in the entire article along with the official teaser for their mysterious drama Sharper. Take a look at the official teaser trailer on the official Twitter handle of Apple TV+ below:

Let us know in the comments if you will be streaming Sharper or not.