Single’s Inferno Season 2: When is it premiering on Netflix?

Is the series expected to premiere on Netflix in 2022 or not? Continue reading to find out.

Single’s Inferno is a South Korean reality TV series presented by Lee Da Hee, Cho Kyu Hyun, Hong Jin Kyung, and Jung Han Hae. The basic premise of the series is as follows: “Stranded and ready to mingle, flirty singles search for love on a deserted island they can only escape as couples for romantic date nights in paradise.” But as we learned in Season 1 earlier this year, finding love on Hell Island is just as hard as it sounds.

As a result, it is great entertainment for viewers to get something different from other similar TV shows in order to tune in to watch the new episodes. If you’re looking for information on when Single’s Inferno Season 2 will be available on Netflix, you’ve come to the right place. We’ve put together a quick rundown of everything you need to know about the release date, plot, and cast updates, among other details.

Continue reading to find out more about Single’s Inferno Season 2.

It has been officially confirmed that the reality series is set to return on Netflix. The brand new episodes will be from the second season of Single’s Inferno, which will premiere next month on Tuesday, December 13, 2022, at the time slot of 12 a.m. PT/3 a.m. ET. In order to receive updates on when the series premieres on the streaming platform, interested viewers can also enable notifications.

Additionally, there be a new batch of sexy singles vying for love, but more contestants will be added to the lineup and will be announced later. The official announcement of the new season was made on Netflix’s Golden Twitter handle on November 15, 2022, with a tagline stating, “the hottest inferno in the universe Single’s Inferno Season 2 is coming to Netflix Dec. 13” Take a look at the official clip below:

the hottest inferno in the universe 🔥
Single's Inferno Season 2 is coming to Netflix Dec. 13 pic.twitter.com/KoLaBquPkS

If you have looked at the new trailer then you’ll get a taste of the delicious drama to come in the new season. According to Netflix Tudum, “One decision can be the difference between paradise and inferno,” the clip begins. From there, we’re met with a pirate ship-themed Inferno, which we learned about earlier this year at Tudum: A Netflix Global Fan Event and which got a few upgrades for round 2 (including the possibility of nighttime dates). We also get a few glimpses of the…material…we’ll be seeing this season. Though the identities of the singles are being kept secret, for now, their reactions are unmistakable – joy, tears, fear of rejection, and, of course, a healthy amount of spiciness.

The trailer gives the first look at the new season that was released on Netflix’s YouTube channel on November 15, 2022, highlighting that a new cast of singles comes together on a remote island seeking love. Who will find that special someone and make their escape to a luxurious getaway? with a tagline stating, “The gates of Single’s Inferno are open again! Get caught up in the excitement and tension of an all-new group. Where one decision can change everything. The hottest inferno returns for another winter Single’s Inferno 2 | December 13, only on Netflix.” Take a look at the official trailer below:

The upcoming season will have 10 episodes with a runtime of 61 to 71 minutes. We’d also like to point out that, as of November 17, 2022, the exact episode titles and synopsis for the upcoming season cannot be confirmed and are yet to be revealed by the network, which may take some time. For the time being, we recommend that fans wait patiently and binge-watch Season 1 in order to get right back into this world before streaming the second season.

The episode follows young singles who are trapped on a “Hell Island,” and the only way to escape is to become a couple with someone every night. Those who become a couple can move to “Heaven Island” for a night, where high-quality food and accommodations are provided, while those who fail to become a couple spend the night self-sufficient on “Hell Island.” Here’s the complete episode guide of season one for you to understand the order properly.

Episode 1: Single contestants arrive on the island, where they are introduced to potential friends, foes, and lovers they’ll be living with for the next eight days.

Episode 2: The men race to win a brunch date; matched couples leave for the first night in Paradise and reveal their ages and jobs to one another.

Episode 3: Se-hoon pulls Ji-yeon aside for a chat before the second couple selection; a surprise announcement throws the singles a curve ball.

Episode 4: A mesmerizing night in Paradise changes the game for Si-hun; confused by Jin-taek’s actions, So-yeon has a candid talk with Se-hoon.

Episode 5: Se-hoon responds to So-yeon’s previous advice and confession; newcomers arrive on the island, shaking up the game and bringing trouble to paradise.

Episode 6: The men try to push each other out of the game; the women take turns chatting up Hyun-seung; Se-hoon contemplates following his heart.

Episode 7: Ji-yeon and Se-hoon clear up misunderstandings; So-yeon and Jin-taek grow closer; in pairs, the singles competition in one final game for Paradise.

Episode 8: On the final day, singles choose the person with whom they want to leave Inferno.

Single’s Inferno Season 2: Where to stream the new season?

When the release date draws closer, the series will be available exclusively on Netflix, with all episodes of the last season also accessible on the streaming platform with a range of membership options. In addition to this, it is expected to be available to stream on a weekly basis, with two episodes dropping each time, just like the previous season.

The video quality and the number of screens you can use to stream Netflix simultaneously depend on your chosen package. You may play mobile games and stream movies and TV shows at no additional cost with any of their services. The basic membership starts at $9.99/month, and the standard membership starts at $15.49/month. Take a look at the official poster for Single’s Inferno 2 below: 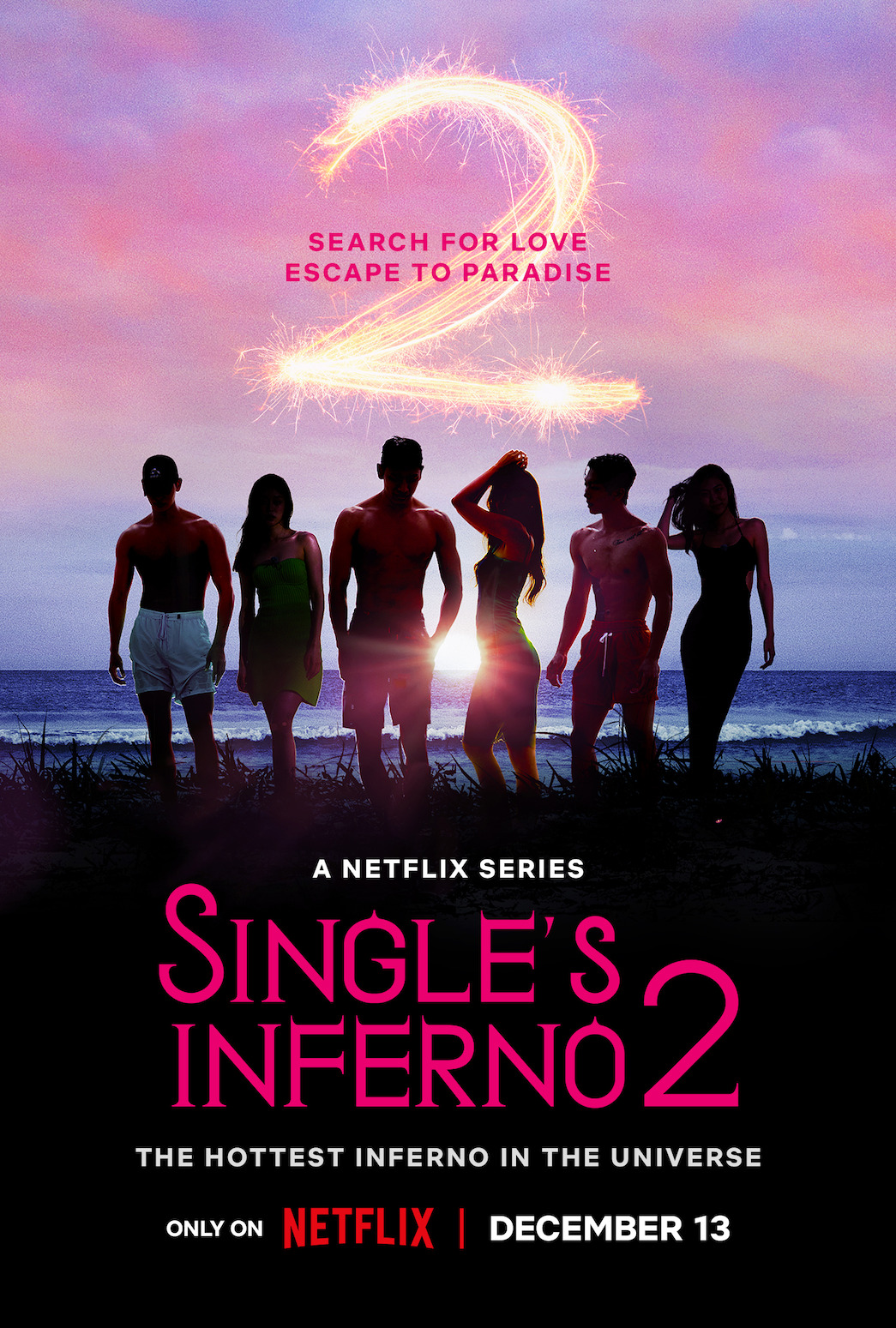 Let us know in the comments if you will be streaming Single’s Inferno Season 2 next month or not.