Star Trek: Lower Decks Season 3: Is it set to premiere in August 2022?

Star Trek: Lower Decks Season 3 has become an emerging popular series that is an excellent interpretation of the renowned Star Trek universe. This counterpoint to the current live-action productions appears focused on bringing these animated characters to life. The personalities of the characters are interesting and varied.

The series only has two seasons out for streaming, but it seems not to stop anytime soon. If you want clarity about the potential release date, look no further! As we’ve compiled all of the relevant information on Star Trek: Lower Decks Season 3 to remove all your doubts. Continue reading to the very end to find all of your answers.

The first season of Star Trek: Lower Decks, which consisted of 10 episodes, debuted on CBS All Access on August 6 and aired until October 2020. A third season is slated to premiere in August 2022 after a second season that was available on Paramount+ from August to October 2021. In January 2022, a fourth season was requested; it is anticipated to air in 2023. Critics have given the show varying ratings, and it has won various awards, including a nomination for a Primetime Emmy.

After months of waiting, the network has officially confirmed that the series will return this year by disclosing that Star Trek: Lower Decks Season 3 will premiere new episodes on Thursday, August 25, 2022, with 10 episodes with the total runtime of each episode being approximately half-hour.

The official Twitter handle of Star Trek also shared the official poster along with the recent updates among its followers on June 2022, quoting, “A framed captain. A ragtag crew. The search for Season 3. #StarTrekLowerDecks returns with new episodes on August 25!” Take a look at the official post below:

Jack Quaid, who voices Brad Boiler also shared the news on his official Twitter handle, quoting, “August 25th! The Lower Deckers are back on your screens! Some of my favorite episodes in the series are in season 3. Can’t wait for you to see ’em! #StarTrekLowerDecks #Season3 @StarTrek @paramountplus” Take a look at the official post below:

🖖🏻August 25th! The Lower Deckers are back on your screens! Some of my favorite episodes in the series are in season 3. Can’t wait for you to see ‘em! #StarTrekLowerDecks #Season3 @StarTrek @paramountplus pic.twitter.com/h4hQZFHyme

The basic premise of Star Trek: Lower Decks is set in the late 24th century in the Star Trek universe, where Earth is a member of the multi-species United Federation of Planets. The Lower Decks centers on one of Starfleet’s least significant starships, the USS Cerritos, which travels the galaxy making contact with alien cultures. Starfleet is the military and exploration branch of the Federation. Lower Decks focuses on the missions and adventures of the “lower deckers,” low-ranking officers with menial jobs, as opposed to previous Star Trek series, whose primary characters are typically starship captains or other senior officers. The captain and other senior staff only appear as supporting characters.

In an exclusive interview with SlashFilm, Danielle Ryan recently spoke with McMahan, who teased what we’ll see in Star Trek: Lower Decks Season 3. Ryan asked the showrunner about the plethora of minor Trek references and in-jokes the show manages to squeeze in, like the musical genre “Klingon acid punk.” In response, McMahan shared some insight about what the writers’ room is dreaming up for season 4.

He stated, quote, “Luckily we’re writing season 4 right now,” McMahon said, revealing that fans will see plenty more Trek lore deep dives in the third and fourth seasons of the series. “There’s a lot of stuff that I want to build on,” he shared, explaining that part of why the famed franchise works regardless of viewers’ background is because “there’s this thing about ‘Star Trek’ that’s so palatable and so broad.” The series creator outlined some of the most widely-loved qualities of the show, saying, “It’s about respect. And it’s about truth and respecting people of different backgrounds,” but that the shows do tend to present some of the cultures on planets crews visit as a sort of monoculture.

The main cast of the series is as follows:

The notable guest cast members of the series are as follows: 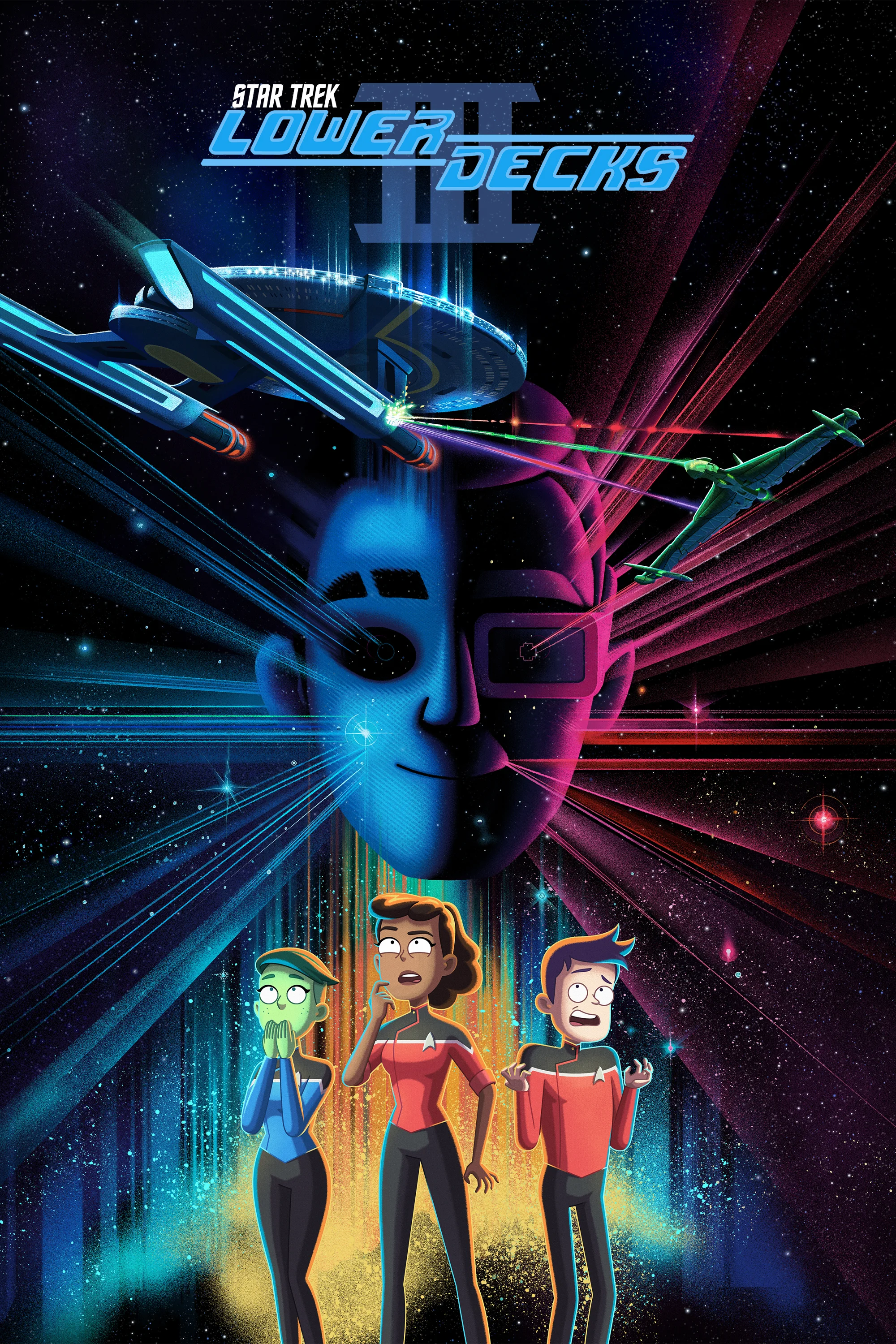 Star Trek: Lower Decks Season 3: Is it the last season of the franchise?

No, Star Trek: Lower Decks has been renewed for Season 4 by Paramount+ as a 10-episode fourth season was ordered in January 2022, and writing began by that April with the voice recording for the season started by June.

In addition to this, the independent animation studio Titmouse, which provides the animation for the series, also confirmed the renewal update by sharing a post on Twitter, quoting, “#StarTrekLowerDecks is boldly going where it’s never gone before… Season 4!!⁦⁦@StarTrekOnPPlus⁩ Star Trek: Lower Decks Season 4 Renewed at Paramount+” Take a look at the official post below:

Star Trek: Lower Decks has an 83% approval rating on the review aggregator website Rotten Tomatoes, while Metacritic, which uses a weighted average, has assigned a score of 59 out of 100 based on reviews from 18 critics, indicating “mixed or average reviews”. For the first season, Rotten Tomatoes reported a 67% approval score with an average rating of 7.1/10 based on 46 reviews.

The website’s critical consensus reads, “Fun, but not very bold, Lower Decks flips the script on Star Trek regulation just enough to stand out in the franchise, if not the greater animation landscape.” Metacritic assigned a score of 59 out of 100 based on reviews from 17 critics, indicating “mixed or average reviews”. Rotten Tomatoes reported a 100% approval score for the second season, with an average rating of 8.2/10 based on 11 reviews.

Check out this exclusive behind-the-scenes clip from the Star Trek: Lower Decks Season 2 Blu-ray and DVD, series creator Mike McMahan explains why Ensing Brad Boimler (Jack Quaid) had to return from assignment onboard Captain Riker’s (Jonathan Frakes) ship, the USS Titan, which is now available on Blu-ray and DVD, as the two-disc Lower Decks Season 2 collection features over an hour of bonus content, including two exclusive featurettes: “A Sound Foundation” and “Lower Decktionary: Season Two,” plus other features too.

Catch up on the previous seasons while you wait for more Star Trek: Lower Decks Season 3 updates.