Is Tell Me Lies all set to premiere in September on Hulu? Continue reading to find out.

Halfway through August, a lot of new content has been offered by Hulu this year, and it does not seem to stop anytime soon as the next month is full of surprises with exclusive TV series and movies all set to release in September 2022. The catalog of Hulu is up against some of the top competitors like Disney+ and Apple TV+, among others, and they are doing a great job by keeping up with new themes and characters that are relatable to the viewers. One of the newest additions, which has gotten quite a lot of attention over the last few months, is Tell Me Lies.

The basic premise of the series simply reflects the story of a young woman’s obsession with a man who is good at being charming. Seems quite a simple plot, right? But there seems to be more than what the trailer is trying to convey to the viewers. We’ve put together a concise summary of all the details you need to know about the release date, plot, and cast so that you may get a head start and be prepared before the series airs. Here is everything we know about Hulu’s Tell Me Lies.

The network has officially confirmed that Tell Me Lies is set to premiere on Wednesday, September 7, 2022, with the following episodes expected to drop on subsequent Wednesdays. The official Twitter handle of Tell Me Lies also confirmed the news by sharing the official release date, quoting, “You never forget your worst. Based on the best-selling novel, #TellMeLies premieres September 7 on @Hulu.” Take a look at the official post below:

You never forget your worst. Based off the best-selling novel, #TellMeLies premieres September 7 on @Hulu. pic.twitter.com/H3HOdUTUPx

According to the official press release by Hulu states, “Tell Me Lies” follows a tumultuous but intoxicating relationship as it unfolds over the course of 8 years. When Lucy Albright (Grace Van Patten) and Stephen DeMarco (Jackson White) meet at college, they are at that formative age when seemingly mundane choices lead the way to irrevocable consequences. Although their relationship begins like any typical campus romance, they quickly fall into an addictive entanglement that will permanently alter not only their lives but the lives of everyone around them.

Tell Me Lies Cast and Crew

The main cast members of the series, along with their respective character descriptions, are as follows:

Grace Van Patten as Lucy Albright: On the surface, she is a sheltered but well-adjusted girl from an affluent Long Island town. Her acerbic humor and often cool demeanor have earned her the label of “Ice Queen” among her friends. But beneath her confident façade, Lucy is hiding a childhood trauma that has left her feeling disconnected from her peers. When she meets Stephen, Lucy sees a dark streak in him that she recognizes in herself and will inadvertently bring her demons to light.

Jackson White as Stephen DeMarco: With an enigmatic quality and fierce intelligence, Stephen’s ability to read people has always been a means of survival. But underneath his charm, he has a dark side. When he meets Lucy (Van Patten) he will bring out a side of her that is simultaneously enthralling and frightening. Together they will embark on a tumultuous journey with repercussions that neither could have predicted.

Catherine Missal as Bree: Grounded and caring with a strong sense of who she is, Bree is one of Lucy’s best friends and has been since their first day of college. Although she initially presents as naive, she is actually anything but.

Spencer House as Wrigley: Wrigley is the most celebrated athlete on campus and always the life of the party. Although it seems like life is easy for him, his big personality hides a wealth of insecurities.

Sonia Mena as Pippa: Pippa is the ringleader of the group who uses her bravado to mask deep insecurity. Although she’d never admit it, she cares way too much about what others think. She and Lucy (Grace Van Patten) become close friends at college, but they find themselves constantly at odds with each other.

Branden Cook as Evan: Evan is a kind, intelligent guy who often feels stunted by his father’s success, causing him to sometimes lack motivation. He is overly concerned with being the “nice guy” and puts his friends’ needs before his own – this leads to a repressed anger that might eventually get the better of him.

Benjamin Wadsworth as Drew: Drew is a college freshman and Wrigley’s younger brother. He is shy but smart and is used to living in the shadow of Wrigley.

Alicia Crowder as Diana: Diana has an Audrey Hepburn air about her, elegant, confident, and poised. But underneath it all, she has a formidable strength and is nobody’s fool. Once Lucy finds out that Diana and Stephen (Jackson White) have been in a tumultuous relationship for years, she is threatened-and rightly so. Diana knows Stephen in a way Lucy does not and knows how to navigate his games.

Oppenheimer is the showrunner, and executive producer alongside Roberts, Karah Preiss, and Matt Matruski via their Belletrist banner, Laura Lewis and Stephanie Noonan for Rebelle Media, and Vice Studios Shannon Gibson and Sam Schlaifer for Vice-owned Refinery29. Lovering serves as a consulting producer. 20th Television is the studio.

The upcoming series has a total of 10 episodes, and the episode titles were released by Hulu, which gives a little insight into the plot. Here we have compiled a complete episode guide for you to understand the order below:

Where to stream Tell Me Lies?

When released, you can watch Tell Me Lies along with the previous three seasons on Hulu. The viewers can buy a subscription plan according to their preference which allows viewers to watch new episodes based on location when the episode airs worldwide. Moreover, take a look at the official poster below: 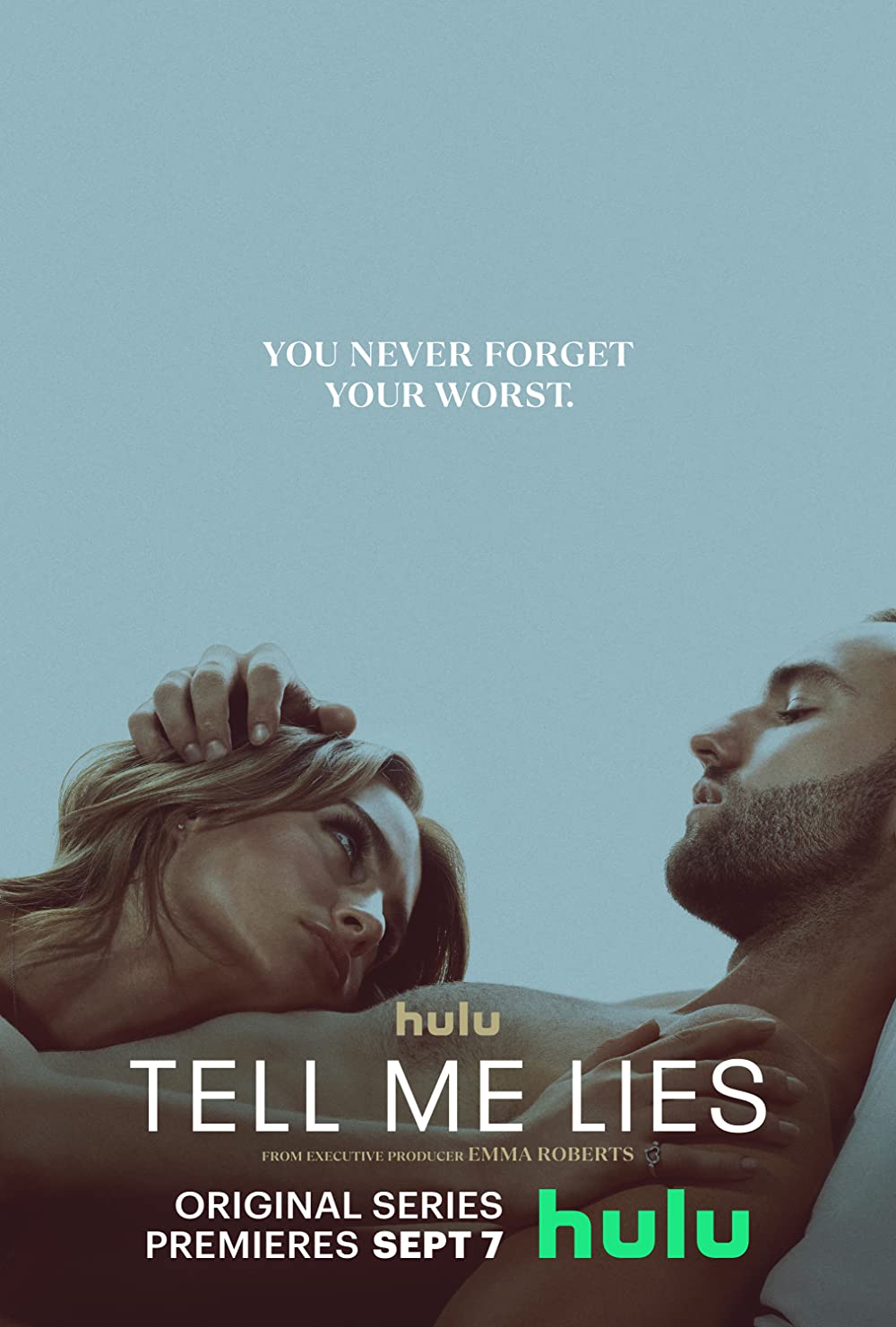 Let us know in the comments if you will be streaming Tell Me Lies on Hulu next month.