The Final Score: Everything you need to know

What is the mini-series conveying about Andrés Escobar? Continue reading to find out more about The Final Score.

This is one of the newest additions, which has gotten quite a lot of attention over the last few days, especially from soccer fans across the globe is a show called “The Final Score.” It is remarkable to say that Netflix is doing a terrific job of staying on top with new themes and relatable characters for the viewers despite competing against some of the main competitors.

The different genres of content in various languages have been exciting to see and explore different series and movies, which has left viewers wanting more from the streaming platform. If you are one of those who want to get clarity about the crucial details of the show, then look no further, as we’ve compiled all of the relevant information about the release date, plot, and cast, so you can get a head start to be prepared before the series airs on the streaming platform.

Here is everything we know about The Final Score so far.

The series will premiere worldwide on November 2, 2022, on Netflix. On the other hand, by taking the other Netflix’s original movies and tv series into consideration with a bit of speculation, then the upcoming season of The Final Score will have the same premiere time as other shows on the streaming service, which is 12:00 AM (PT) or 3:00 AM (ET). In order to receive updates on when The Final Score premieres on Netflix, interested viewers can also enable notifications.

As highlighted by What’s on Netflix, on September 28th, Netflix Latin America released the first look images for the new series and announced the Netflix release date, which is November 2nd, 2022. The Final Score is expected to be available in all Netflix regions, though pages for the show do not yet exist in all regions at the time of publication. Take a look at the post below.

The show was first officially confirmed in development in April 2021, alongside eight other Colombian shows, demonstrating Netflix’s ongoing investment in regional programming. Pálpito, Diomedes, Juanpis, and Perfil Falso were among the other shows announced. The official synopsis from Netflix states, “The Final Score is a miniseries about the rise and fall of Colombian soccer and Andrés Escobar, between 1987 and 1994. The difficult situations and decisions that our idols had to face match after match, as they fall apart amid a violent nightmare. But, above all, it’s about the dream of a country and a team that will be remembered forever.”

Who is Andrés Escobar?

Andrés Escobar was a Colombian footballer who primarily played defense. He has represented Atlético Nacional, BSC Young Boys, and Colombia’s national team. He was known as The Gentleman for his clean style of play and calmness on the field. Escobar was born on March 13, 1967, in Medelln. He was raised in a middle-class family. He went to Colegio Calasanz and then to Instituto Conrado González. Before becoming a professional football player, he played on school football teams.

Colombian fans still hold Escobar in high regard, and his death is particularly mourned and remembered by Atlético Nacional supporters. Escobar was murdered on July 2, 1994, in the aftermath of the 1994 FIFA World Cup, allegedly in retaliation for scoring an own goal that contributed to the team’s elimination from the tournament. His assassination harmed the country’s image around the world. Escobar had worked to promote a more positive image of Colombia, earning national acclaim.

The Final Score Episodes and Cast

In the United States, the series is rated TV-MA due to strong language, nudity, and smoking. The series is reported to include 6 episodes that will tell the tale of Andrés Escobar; he’s a famous Colombian football player who sadly was murdered following the 1994 FIFA World Cup as a “retaliation” for having scored his own goal.

​​The mini-series stars Juan Pablo Urrego, John Alex Castillo, Fernando Bocanegra, Andrés Mauricio Pizarro, and Brain Vélez. In addition to this, Dynamo, a production company that has previously worked on a slew of Netflix Originals such as Narcos, Club de Cuervos, The Great Heist, and Pedal to Metal, is producing the series.

The Final Score: Where to stream the new series?

The Final Score will be available exclusively on Netflix, with all other tv series from different regions also accessible on the streaming platform with a range of membership options. The video quality and quantity of screens you can use to stream Netflix simultaneously depend on the package you choose. You may play mobile games and stream movies and TV shows at no additional cost with any of their services. 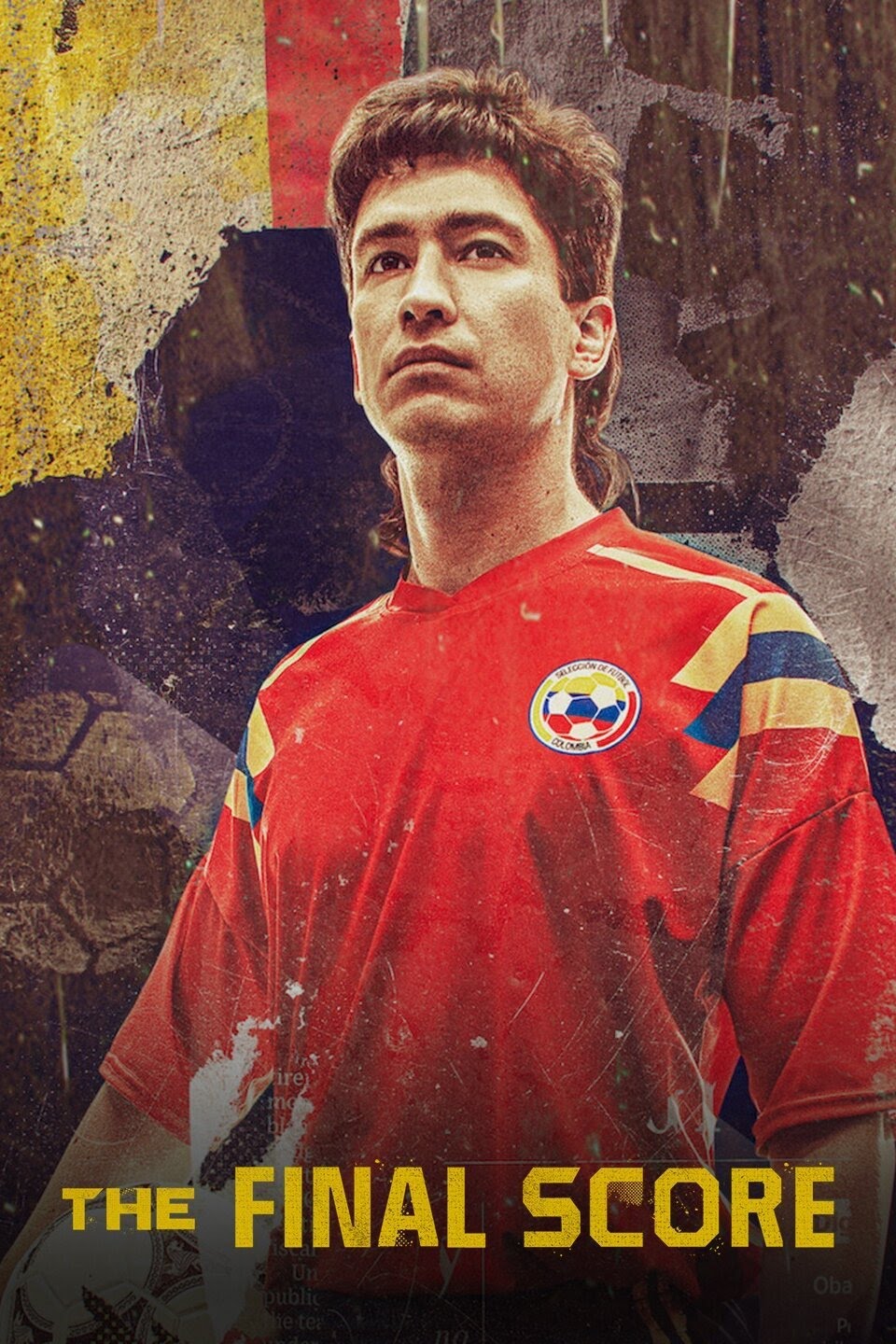 The official trailer of 1:45 minutes was released on Netflix’s youtube channel with a tagline stating, “The rise and fall of soccer player Andrés Escobar against the backdrop of Colombia’s sociopolitical climate in the 1980s and ’90s.” Take a look at the trailer below:

Let us know in the comments if you’ll be streaming The Final Score or not.