Is The Patient all set to premiere in August on Hulu? Continue reading to find out.

Hulu’s August lineup for the 2022 TV season just got even better with the upcoming American psychological thriller limited series, The Patient, which follows the basic premise of a therapist being held captive by a serial killer who seeks therapeutic help to curb his homicidal urges. This single-line premise alone is interesting enough to get viewers interested in binge-watching the series.

On the other hand, the cherry on top of an interesting plot is the star-studded cast members who will bring this story to life on screens this August, which has piqued the interest of fans. So, we’ve put together a concise overview of all the details you need to know about the release date, plot, and cast so that you may get a head start and be prepared before the series airs. Here is everything we know about The Patient.

The series is created by Joel Fields and Joe Weisberg for FX on Hulu, which started filming in mid-January 2022 in Los Angeles. Since then, the network has officially confirmed that The Patient is set to premiere on Tuesday, August 30, 2022, with the first two episodes on Hulu.

The following episodes are expected to drop on subsequent every Tuesday until October 25, 2022. The official Twitter handle of FX Networks also confirmed the news by sharing the official release date, quoting, “True growth requires sacrifice. FX’s The Patient. Starring Steve Carell & Domhnall Gleeson. Streaming 8/30. Only on @hulu #ThePatientFX” Take a look at the official post below:

According to the official press release, the series follows a therapist, Alan Strauss, who is held prisoner by a patient, Sam Fortner, who reveals himself to be a serial killer. Sam has an unusual therapeutic demand for Alan: curb his homicidal urges. In order to survive, Alan must unwind Sam’s disturbed mind and stop him from killing again, but Sam refuses to address critical topics, like his mother, Candace.

Alone in captivity, Alan excavates his own past through memories of his old therapist, Charlie, and grapples with waves of his own repressed troubles — the recent death of his wife, Beth, and the painful estrangement from his religious son, Ezra. Over the course of his imprisonment, Alan uncovers not only how deep Sam’s compulsion runs but also how much work he has to do to repair the rift in his own family.

The Patient Cast and Crew

The main cast members of the series are as follows, acclaimed performer Steve Carell will be in the main cast as Alexander Strauss. Carell’s brother, Sam, the patient/serial killer, will be played by Domnhall Gleeson, another well-known actor who will be appearing with Carell in the series. All featured on the show are Alex Rich, Linda Emond, David Alan Grier, Andrew Leeds as Alan’s estranged son Ezra, Laura Niemi as Alan’s recently departed wife Beth, and David Alan Grier as Alan’s former therapist Charlie.

The Patient was originally ordered to series at FX in October 2021. Fields and Weisberg will write and executive produce the series, with Carell executive producing in addition to starring. Caroline Moore and Victor Hsu will also executive produce along with Chris Long, with Long directing the first two episodes. Kevin Bray and Gwyneth Horder-Payton will also direct episodes of the show. The series is produced by FX Productions.

The upcoming series has a total of 10 episodes with an approximate runtime of half an hour, and the episode titles for the first five episodes were released by Hulu, which gives a little insight into the plot. In the first episode, Alan Strauss will be shown mourning the death of his wife and accepting a new mystery patient. They will make a choice that will change their therapeutic alliance as they deal with quite different problems.

Sam Fortner will explore his reasons for seeking therapy in greater detail in the second episode, but Dr. Strauss won’t allow him to continue their sessions. The actuality of the house will come to light if there is a rising sense of not being alone. Here we have compiled a complete episode guide for you to understand the order below:

We’d also like to point out that, as of August 23, 2022, the exact episode titles and synopsis for the rest of the upcoming episodes cannot be confirmed, which will be disclosed once the episode starts to premiere on a weekly basis.

The official trailer was released on July 14, 2022, with the tagline, quote, “He’s been held captive by a serial killer who wants his help.” The trailer, featuring Steve Carell as therapist Alan Strauss shows that the series “The Patient” is a psychological thriller about a therapist who is held prisoner by patient Sam Fortner, who reveals himself to be a serial killer.

The trailer gets intense with each scene as, with time running out, Alan fights desperately to stop Sam before he becomes complicit in Sam’s murders or, worse, becomes a target himself. Take a look at the official trailer below:

Where to stream The Patient?

When released, you can watch FX’s The Patient on Hulu. The viewers can buy a subscription plan according to their preference which allows viewers to watch new episodes based on location when the episode airs worldwide. Everyone can purchase a standard membership to the streaming service for $6.99 per month with commercials or $12.99 per month without them. Take a look at the official poster below: 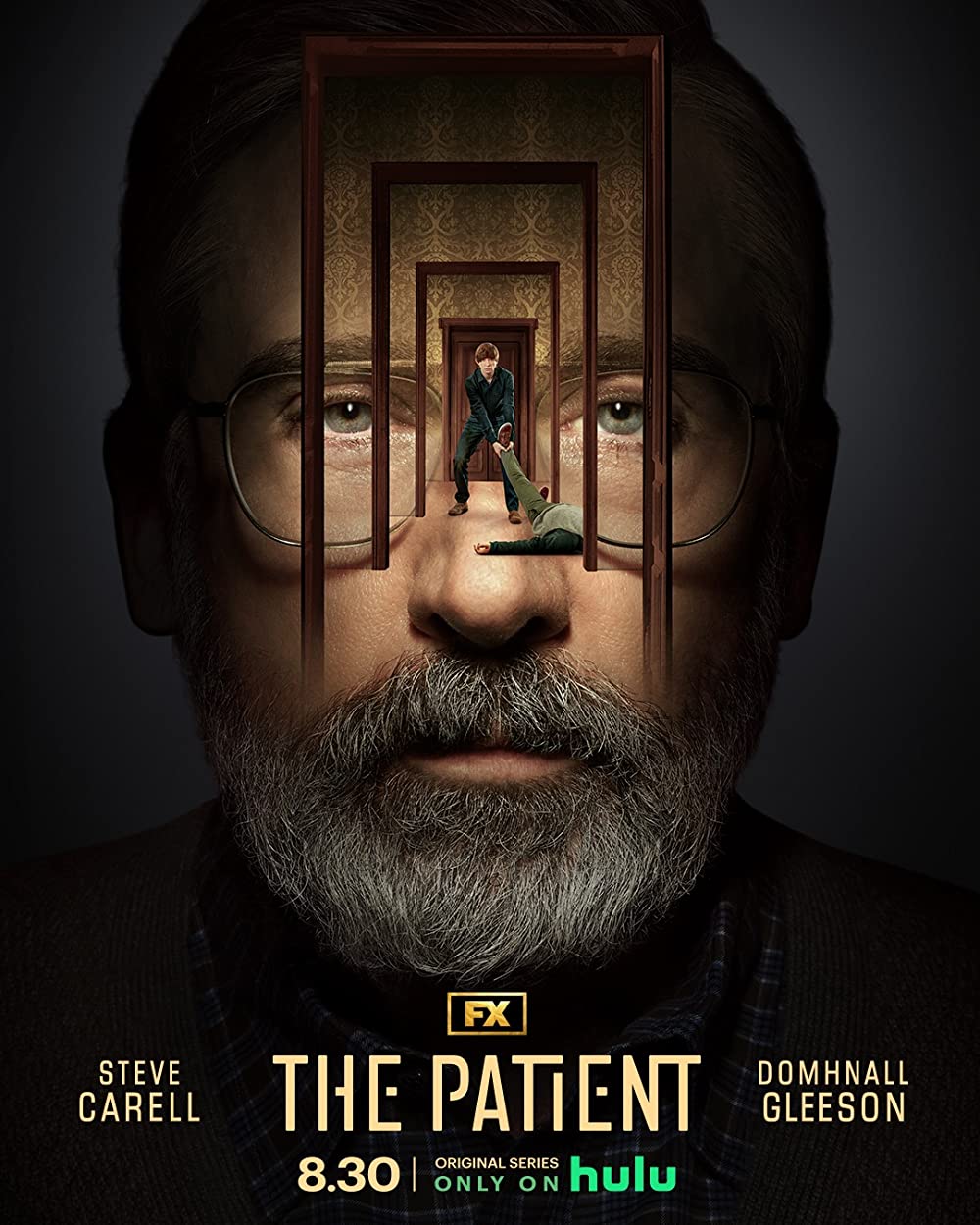 Let us know in the comments if you will be streaming The Patient on Hulu.