Tokyo Vice: Release date, trailer and everything we know so far

“I want to know the real Tokyo, what’s beneath the surface”

Tokyo, the largest urban and industrial agglomeration in Japan has quite a bling attached to it. When talking about Tokyo, what comes to mind are the cherry blossoms, Shibuya Crossing which is somewhat the Times Square of Japan, the shrines, kimono-wrapped women and girls, manga and anime, and a whole different kind of fashion statements.

However, what doesn’t come to mind is the underground world of organized crime, mafias, dealings, loan-sharking, the presence of “Boryokudan” which literally means violent group, gang wars, and involvement of law enforcers in all of it.

To uncover the dirtiest corners of the city, Jake Adelstein, an American journalist moves to Tokyo to dig deep into all this and get the biggest breakthrough of his career.

Here’s the poster and everything to know about the upcoming crime drama, Tokyo Vice: 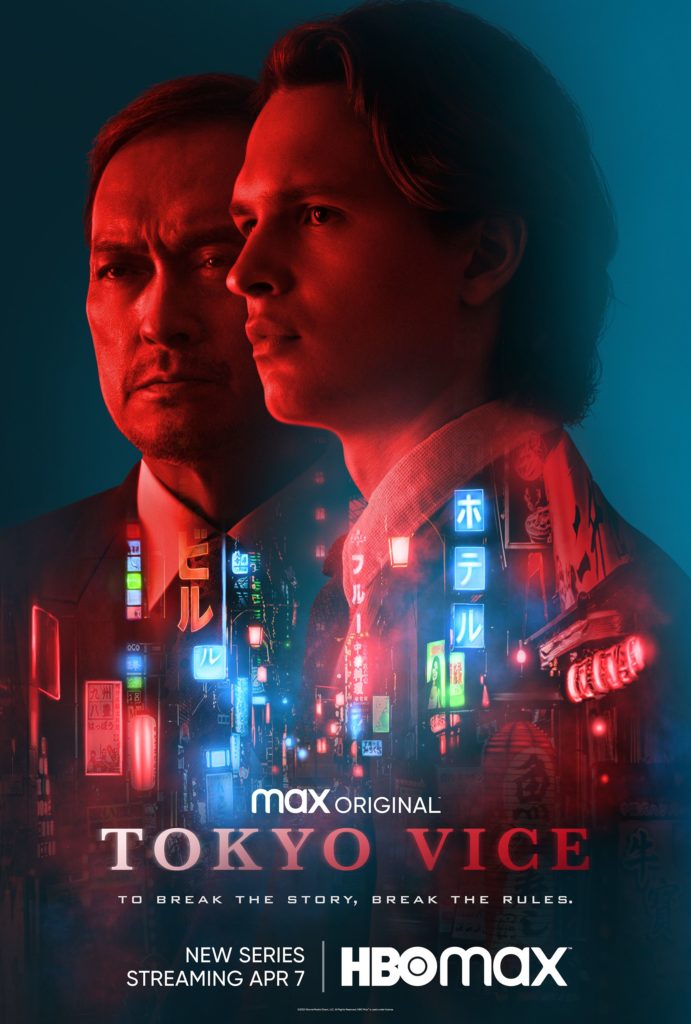 HBO Max will release the first three episodes of Tokyo Vice on April 7, 2022. After that, two episodes will be released every Thursday till April 28, 2022, which will be the season finale.

The trailer gives a peek into the dangers one puts themselves in when following a profession such as crime journalism which sometimes means putting one’s life at risk.

Jake Adelstein joins the Tokyo Vice squad to get to know the crime world of the city which is otherwise romanticized like anything. But being in a foreign country and digging in their own grounds comes with its own sets of ups and downs.

Jake Adelstein, an American journalist moves all the way to Tokyo to join a major Japanese newspaper as a reporter. Being set in the 90s, it reflects the amount of not exactly discrimination but a difference in treatment between the local Japanese staff and their first foreign-born reporter. A veteran detective Hiroto Katagiri who is a part of the vice squad takes Jake under his wing. The Vice squad is a department or division of a police force that enforces laws against prostitution, drug abuse, illegal gambling, etc. With that squad, Jakes dives into the dangerous world of Japanese organized crime and people called yakuza or boryokudan.