You Season 4 is not coming to Netflix in October 2022

Joe Goldberg will be back soon for another bloody good time. Continue reading to find out about You Season 4.

You is based on Caroline Kepnes’ best-selling novel of the same name, which revolves around “What would you do for love?” where Joe Goldberg is a man who will do just about anything when love is at stake. With a successful season three, it is not a surprise that the show is expanding further. On Rotten Tomatoes, the third season holds a 96% approval rating with an average rating of 8.00/10 based on 53 reviews.

The website’s critics’ consensus reads, “You takes its thrilling saga to the suburbs with superb results, made all the more delicious by Penn Badgley and Victoria Pedretti’s committed performances.” On Metacritic, the third season has a weighted average score of 77 out of 100, based on 13 critics, indicating “generally favorable reviews.”

Moreover, according to the year-end summary from Nielsen, You was in the group of the top ten most-watched original series in the U.S. market between December 30, 2019, and December 27, 2020, where it ranked tenth based on minutes watched, with a total of 10.96 billion total minutes of streaming. So, especially for you, we have compiled all the necessary information, including the release date, plot, and cast of the upcoming season, before you start streaming the show in a few months on Netflix.

Keep reading until the very end to uncover all of your answers.

The fourth season of the American psychological thriller television series You was ordered by Netflix on October 13, 2021, ahead of the third season premiere. The season is slated to be split into two parts which will officially premiere on Netflix with Part 1 premiering on February 10, 2023, and Part 2 premiering a month later on March 10, 2023.

Moreover, if we take most of the Netflix series into consideration with a bit of speculation, then the new series, You Season 4, will have the same premiere time as other shows on the streaming service, which is 12:00 a.m. (PT) or 3:00 a.m. (ET). In order to receive updates on when the show premieres on Netflix, interested viewers can also enable notifications.

The official Instagram handle of the show also shared the news among their followers, quoting, “Hello, You. Joe is back –  but this time, please call him Professor Jonathan Moore. Careful Marienne… you never know who is lurking in London. Season 4 Part 1 premieres Feb 10, and Part 2 premieres March 10. #TUDUM” Take a look at the official post below:

According to Netflix, You Season 4 follows after going into self-imposed “exile” in You’s Season 3 finale. Joe Goldberg (Penn Badgley) is reinventing himself as a “London Boy” in Season 4 – and now we finally know when we’ll meet the rebrand. Last time we checked in with the internet’s favorite murderous stalker, Joe had killed his wife, Love (Victoria Pedretti), burned down their home to fake his death (as Taylor Swift’s “Exile” played), given up their son for adoption and then fled to France to find Marienne (Tati Gabrielle).  But in Season 4, we’ll reunite with Joe, who is now living in London as a college professor named Jonathan Moore.

“Reading Caroline’s novel, Greg and I were instantly obsessed with Joe Goldberg and his twisted worldview. And it’s been thrilling to watch Penn bring Joe to creepy yet compelling life. We’re deeply grateful that Netflix has shown You such monumental support, and that people around the world have enjoyed watching Joe really get it all very wrong over the past 3 seasons,” said Gamble. “The whole You team is excited to explore new, dark facets of love in season 4.” 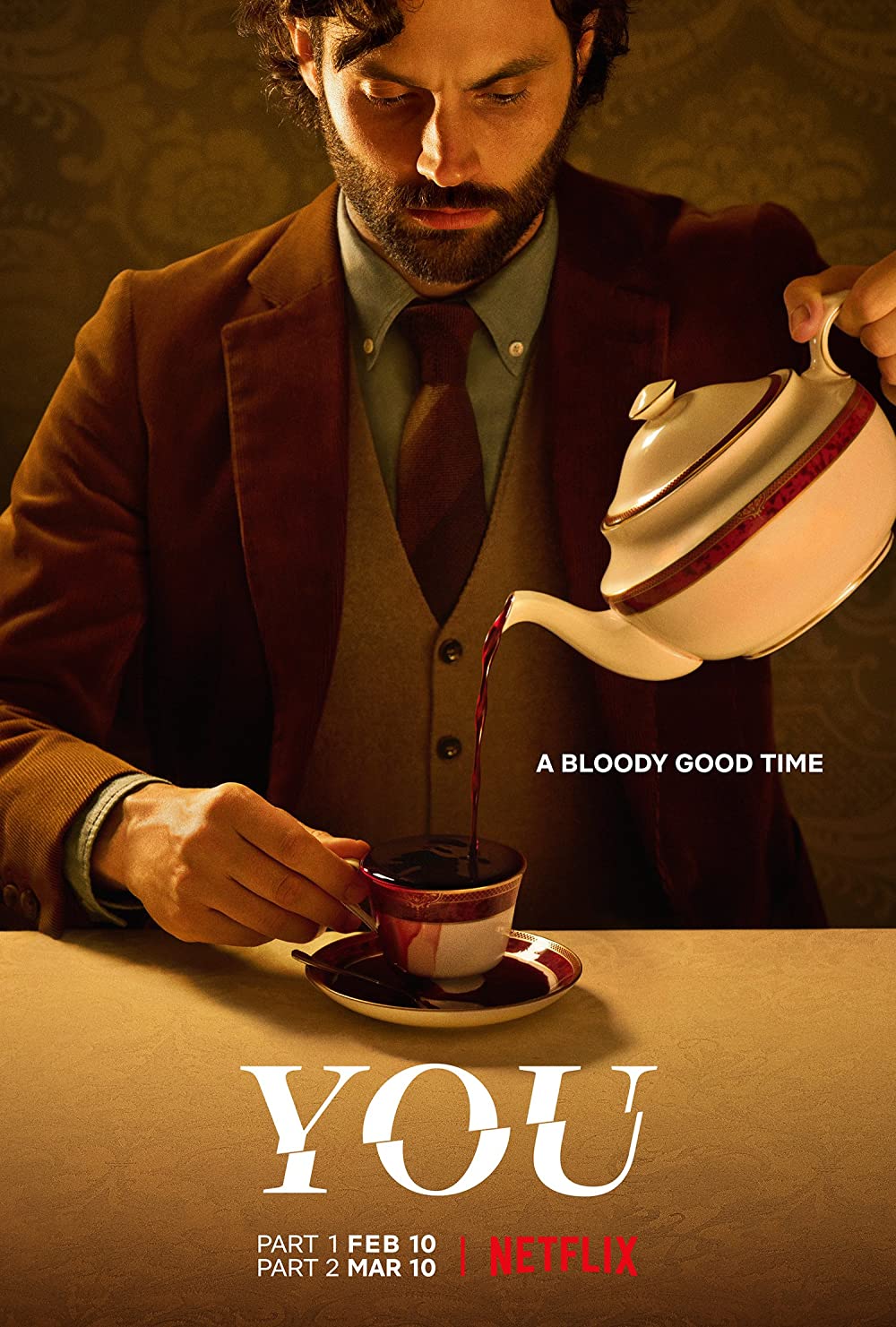 You Season 4: Where is the season set?

Sera Gamble, the showrunner, said protagonist Joe Goldberg is “wonderful when he’s in an atmosphere that’s not natural to him, that’s strange to him” in the first season, which is set mostly in London for the first time outside the United States. Gamble’s desire to explore the globe more after seeing many other international programs on Netflix while quarantined during the COVID-19 outbreak influenced the idea of putting the plot in another country.

The tale is also temporarily set in Paris, a concept co-creator Greg Berlanti came up with, and Gamble said that Joe feels like a “fish out of water” because he is unfamiliar with the city. Penn Badgley, who portrays Joe, said that while the fourth season would retain the tone of the series, “We’re using a different format […] It’s almost like we’re shifting the genre slightly.”

You Season 4 Cast and Crew

The main cast members of the series, with their character descriptions, who will play their respective roles in the new season are as follows:

The recurring cast members of the series are as follows: Niccy Lin as Sophie, Aidan Cheng as Simon, Stephen Hagan as Malcolm, Ben Wiggins as Roald, Eve Austin as Gemma, Ozioma Whenu as Blessing, Dario Coates as Connie, Sean Pertwee as Vic, Brad Alexander as Edward, Alison Pargeter as Dawn, and Adam James as Elliot.

The new season is reported to consist of 10 episodes and will be split into two halves. The episodes are estimated to have an average runtime of roughly 41 to 60 minutes. The pilot episode is directed by John Scott, and the finale is directed by Harry Jierjian. On the other hand, the network has released information about who have written the episodes, respectively, which are as follows:

Netflix has not released any new teaser or trailer for the new season, but the date announcement alone gives a little insight into the characters and plot with the narration stating, “I’m not the lovable bookstore manager in New York, or the shop clerk in LA, or the doting husband in the suburbs now. Not anymore,” Joe says in the cast reveal video that debuted during Tudum the event.

“Allow me to reintroduce myself: I’ve gone through a bit of refinement upon crossing the pond. And living in London has allowed me to bury the past, if you will.” According to our curly-haired killer, gone are the days of unrequited love and longing. “No, this time around, I’m focusing on academia and instruction, while keeping my typical extracurricular activities strictly professional,” he says.  “With friends in high places, there always come others attempting to climb that social ladder,” says Joe. “So they end up falling or shall I say, pushed to their social deaths. The question is, by whom?”

You Season 3: A Quick Recap

In Season 3, Joe (Badgley) and Love (Pedretti), now married and raising their baby, have moved to the balmy Northern California enclave of Madre Linda, where they’re surrounded by privileged tech entrepreneurs, judgmental mommy bloggers, and Insta-famous biohackers. Joe is committed to his new role as a husband and dad but fears Love’s lethal impulsiveness. And then there’s his heart. Could the woman he’s been searching for all this time live right next door? Breaking out of a cage in a basement is one thing. But the prison of a picture-perfect marriage to a woman who’s wise to your tricks? Well, that’ll prove a much more complicated escape.

Catch up on the previous seasons before You Season 4 premieres on Netflix.