Young Royals Season 2: Everything we know so far

When is Young Royals Season 2 returning to Netflix? Continue reading to find out.

After watching all the prior episodes, everyone knows that Young Royal is a Swedish teen drama streaming television series set at the fictional elite boarding school Hillerska. So, since the premiere of the finale episode of Season 1 back in July 2021, the fans of the series have been anticipating the release of the much-awaited second season of the show.

If you are one of them, then you have reached the right place! Especially for you, we have compiled all the necessary information, including the release date, plot, and cast of the upcoming season, before you start streaming the show in a couple of weeks. So that you may get a head start and be prepared before the episodes are available to stream on Netflix, keep reading until the very end to uncover all of your answers.

On September 22, 2021, the series was renewed for a second season, and the official Twitter handle of Netflix has now also confirmed that the show is all set to premiere its brand new episodes on November 1, 2022.

The update was also shared on the social media platform with the official 4-minute clip, quoting, “Young Royals returns November 1—but you can watch the first 4 minutes of Season 2 now!” Take a look at the official post below:

Young Royals returns November 1 — but you can watch the first 4 minutes of Season 2 now! pic.twitter.com/I1jl8sy7tI

On the other hand, if we take the prior season and most of the Netflix series like the prior season of Young Royals into consideration with a bit of speculation, then the new season will have the same premiere time as other shows on the streaming service, which is 12:00 a.m. (PT) or 3:00 a.m. (ET). In order to receive updates on when the show premieres on Netflix, interested viewers can also enable notifications.

The plot revolves around the fictional Prince Wilhelm of Sweden (Edvin Ryding), his budding gay romance with a fellow student, Simon Eriksson (Omar Rudberg), and the drama that comes with it. From the newly released clip, the viewers can understand that the next season will expand from breaking up with Simon (Omar Rudberg) to having his sex tape leaked; Prince Wilhelm (Edvin Ryding) was really going through it in Season 1.

In this first look at the upcoming season, it’s clear that Wilhelm is ready to burn everything to the ground. Winter break is over, and he’s returning to Hillerska to take revenge on August (Malte Gårdinger), his cousin who released the scandalous video.

August is remorseful, but as the video shows, the young prince isn’t taking any apologies. He’s setting out to make his cousin’s life a living hell — and hoping to win back Simon’s trust in the process. Little does he know, however, that he’s about to threaten his own monarchy.

Simon, on the other hand, is ready to move on. He’s hitting the gym and focusing on himself, but will his path be diverted now that Wilhelm is back in the fold? With new friendships, more secrets, and the monarchy in jeopardy, the new season is set to be a whole new journey for everyone. 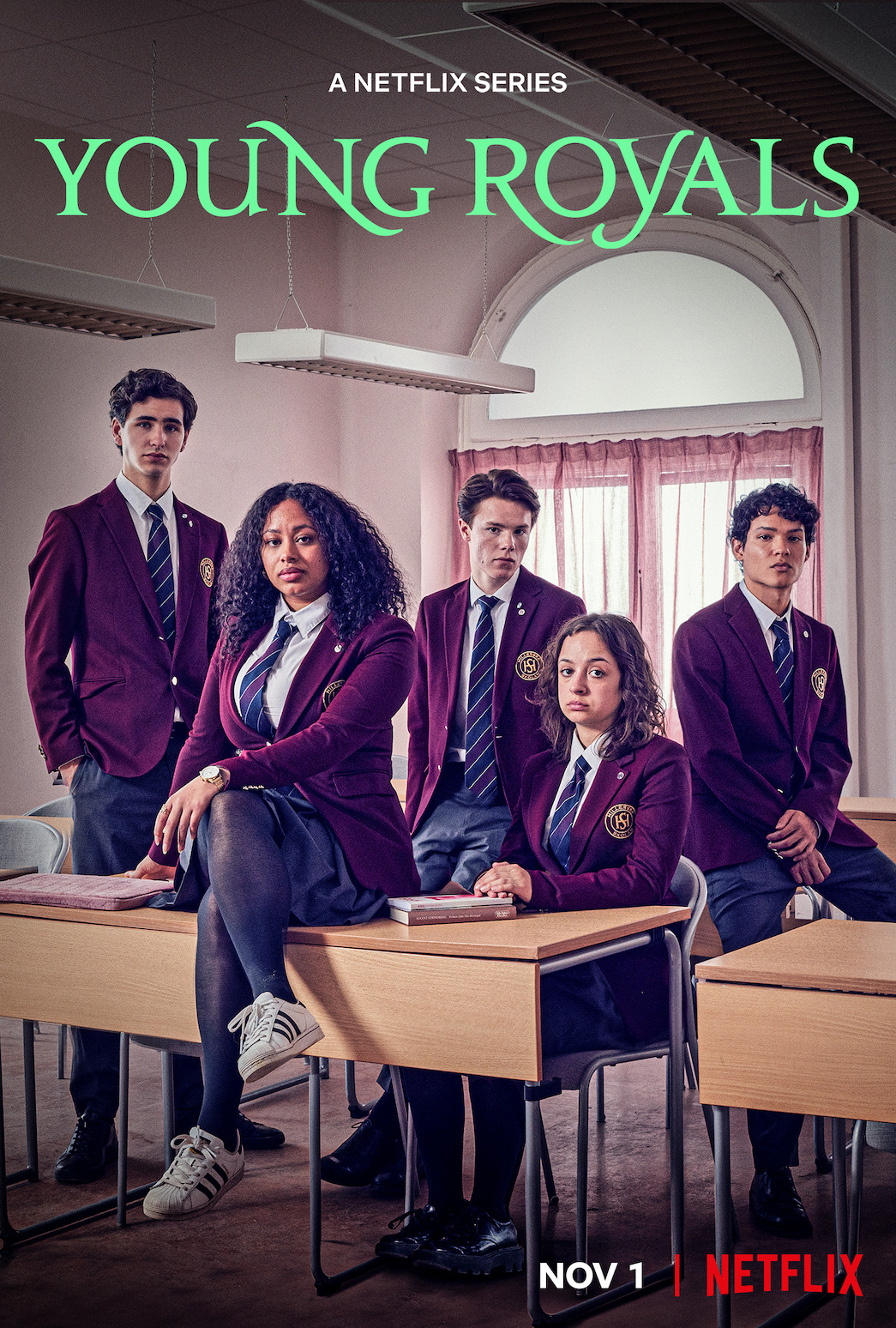 The main cast members with their respective character descriptions from the first season are expected to reprise their roles, which are as follows:

The upcoming series has a total of six episodes with a runtime expected to be between 40 and 50 minutes, just like the first season. The episode titles and synopsis of the episodes were not released by the network as of October 3, 2022. The network will publish those details when the episodes are due to air on the streaming service. So, we would advise fans to be patient while waiting for these updates, which will be issued in the coming weeks.

The official synopsis of the second season, according to Netflix, states, “A winter break has passed and Prince Wilhelm and the rest of his classmates are back at Hillerska. When Wilhelm tries to take revenge on August, and win back Simon’s trust, he creates problems that threaten the entire monarchy.”

The clip of 4:40 minutes was released on the official Netflix youtube channel on September 30, 2022, with the tagline stating, “Revenge, remorse, and unfamiliar faces…These are the first four minutes from Young Royals season 2. The second season premieres on November 1, 2022.” Take a look at the clip below:

Young Royals Season 1: What happened in the final episode?

The finale episode, simply titled, Episode 6, was released on July 1, 2021. The episode is directed by Erika Calmeyer and written by Lisa Ambjörn, Lars Beckung, and Sophie Forsman. In the episode, the viewers got to see that Wilhelm feels conflicted about how to handle the aftermath of the leaked video while Simon’s life gets invaded by the press.

The Queen visits Wilhelm and urges him to make a statement denying that he appeared in the video, something Wilhelm does not want to do. Simon’s mother wants to pull him and Sara from Hillerska and send them back to Marieberg for the next school term, something to which Sara objects, wanting to become a resident at Hillerska. Wilhelm issues a statement denying that he is in the video.

Felice figures out that August leaked the video and tells Wilhelm, who confronts August, feeling betrayed. Wilhelm also tells the Queen, but she reveals that she already knew. Following the Christmas ceremony, Wilhelm hugs Simon and confesses his love, with no declaration of love in return from Simon. Many students see this and begin to whisper. Wilhelm leaves for the holiday break.

Where to stream Young Royals?

When Young Royals Season 2 draws close to the release date, it will be available exclusively on Netflix, with the previous season also accessible on the streaming platform with a range of membership options. The video quality and quantity of screens you can use to stream Netflix simultaneously depend on the package you choose. You may play mobile games and stream movies and TV shows at no additional cost with any of their services.

Catch up on the previous season before Young Royals Season 2 premieres on Netflix.